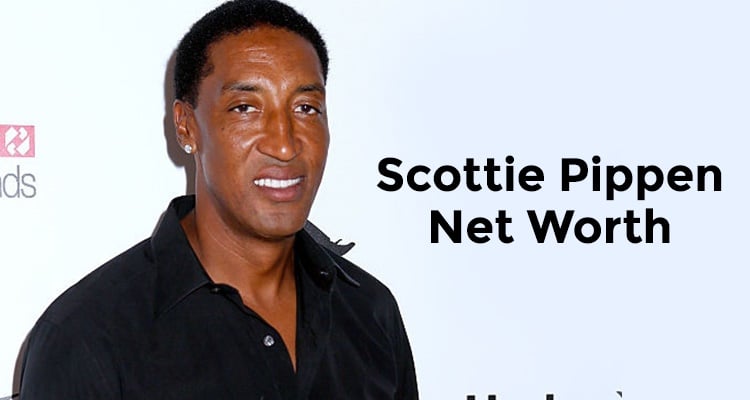 Scottie Pippen’s all over the news these days. Not because of sports, but because he and his wife have decided to part ways after 19 years of marriage. Scottie and Larsa Pippen have filed for divorce, making us wonder if Scottie Pippen’s net worth has decreased or not. How rich is Scottie Pippen? Read on to find out.

Scottie Pippen has earned a name for himself in the world of basketball, so it comes as no surprise that Scottie Pippen’s net worth is $50.0 million.

Although it seems to be a lot of money, it is considerably less for a Chicago Bulls player. So why is this number so low? We have everything you need to know here.

How Rich is Scottie Pippen?

When Pippen was playing for the NBA, his net worth was estimated to be $110.0 million. Apart from playing basketball, his net worth was highly influenced by various endorsements such as Nike, McDonald’s, and Coca-Cola. He was one of the highest paid NBA players along with Michael Jordan and Magic Johnson. Pippen had an amazing basketball career, and is one of four players who has six championship rings. He earned them for games he played from 1990 to 1998.

So the question here is what exactly happened to Scottie Pippen’s net worth? The answer is simply failed investments. Pippen retired from basketball in 2005, and to put his money to good use decided to invest it. So he hired Robert Lunn, who was recommended by his team.

Pippen had invested a whooping $20.0 million on Lunn’s advisement, and later found out that the money was used to pay off Lunn’s personal debts. Lunn was sent to prison for fraud, and for forging Pippen’s signature for a loan.

Pippen is the Youngest of 12 Children

Scottie Maurice Pippen on September 25, 1965 was born in Hamburg, Arkansas, and is the youngest of 12 siblings. His mother, Ethel Pippen, was six feet tall and his father, Preston Pippen, was six-foot-one. Growing up, Pippen’s family was not financially well-off, so his parents could not afford to send all their kids to college. His father used to work in a paper mill until he had a stroke, which paralyzed his right side and affected his speech.

Pippen’s NBA career began when he was selected by the Seattle SuperSonics for the 1987 NBA Draft. He later switched to Chicago Bulls, and played with Michael Jordan. Jordan retired right before the start of 1993-94 season giving Pippen a chance to showcase his talent. After playing with the Chicago Bulls for 11 seasons, he moved to the Houston Rockets, then to the Portland Trail Blazers. Before the 1993-94 season started, Pippen signed with the Chicago Bulls once again before announcing his retirement soon after.

Five years after his retirement from basketball, Pippen returned to the Bulls as the team ambassador. In 2012, he was hired as the senior adviser of Bulls’ COO and President, Michael Reinsdorf.

He Has Been Married Twice and has 7 Kids

Pippen married Karen McCollum in 1988, but the pair decided to part ways and got divorced in 1990. He has a son with McCollum, named Antron Pippen, born in 1987. Pippen then married Larsa Younan in 1997, who he has recently separated from. They have four kids together, Sophia Pippen, Justin Pippen, Scottie Pippen Jr., and Preston Pippen. Younan was on The Real Housewives of Miami. Pippen also has a daughter, Sierra Pippen, with his ex-fiancée Yvette De Leon, and another daughter, Taylor Pippen, with ex-girlfriend and model, Sonya Roby.

He Has Filed for Divorce from Larsa Younan

After being married for 19 years, Pippen filed for divorce last week. Now, he has appealed to the court for full custody of their children, and not be forced to pay alimony to Younan. The real reason behind the couple’s sudden divorce is not clear, but rumor has it that Younan was having an affair with rapper Future. Younan was reportedly seen traveling with the artist around the country on his private jet, and getting really close in a Miami nightclub.

Others claim that there were domestic disturbance calls at the Pippen residence, causing police to investigate.

Sources close to Younan claim that the reality star was cheating on her husband ever since he was spotted getting close to another woman last year. So is she taking revenge on him? Time will tell. The real reason for the divorce has taken a backseat since Pippen has refused to pay his wife alimony, and has also demanded full custody of their children.

Whatever the reason behind their divorce maybe, we just hope things work out soon for them. Pippen has been an amazing basketball player throughout his career, and we hope his divorce does not affect his net worth.