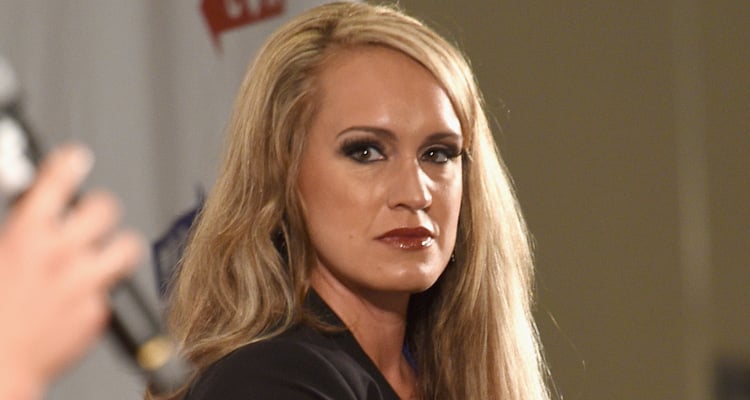 It doesn’t look like things are cooling down anytime soon for Fox Business Network host, Charles Payne. Scottie Nell Hughes has now accused the suspended news host of rape, and Payne is insistent about his innocence. Read on to know five facts from our Scottie Nell Hughes wiki, including information on her family, political stance, and net worth.

Scottie Nell Hughes and Charles Payne have allegedly been in a secret relationship for three years. Hughes accused Payne of sexual harassment, claiming that she felt coerced to continue the affair in order to benefit her career.

Emails allegedly sent from both parties were reportedly leaked. As the story progresses, here are five facts you need to know from Scottie Nell Hughes’ wiki.

#1. Hughes is an Avid Trump Supporter

During the 2016 election, she was a paid CNN contributor, often being featured in interviews supporting Donald Trump. Hughes left CNN after her contract expired, saying that she did not want to stay on after Donald Trump’s inauguration.

Scottie Nell Hughes’ husband, Chris Hughes is also Trump supporter and was a Tennessee Trump delegate during the Republican primaries.

In the latest news, Hughes has sued Fox News, alleging that Charles Payne raped her and that she was blacklisted from the network (and other networks) because of it. She claims he forced her into a relationship she did not want and that she kept quiet about it because she was afraid to lose her job at Fox.

According to the Daily Mail, Hughes alleges that Payne forced himself inside the 37-year-old’s hotel room in 2013 saying, “You know you want this.” Her lawsuit has been filed in the court of New York against the Fox network. With new evidence allegedly proving Hughes’ attraction to Payne, there is a lot more to this case that has yet to be discovered.

Although Scottie Nell Hughes’ family has faced criticism because of their stance on gun control, she is still an advocate for holding firearms. Her brother, Cliff Hughes, was shot and killed by his nanny’s 12-year-old son while under her care. He was eight years old at the time; Scottie Nell Hughes was not yet born. Even though no charges were filed, Hughes’ mother, Linda Semler, was told that nobody will know what really went on in the bedroom when her son was killed.

Chris Hughes is a partner at Hughes-Edwards builders. His father started the company and he took the legacy forward. With success in building homes that range from comfortable bungalows to full-on luxury estates, Chris Hughes is doing pretty well for himself and his family.

The Hughes have made a cozy life for themselves and their two children. But there is no way to know how this scandal will impact their lives.

Although the exact amount of Scottie Nell Hughes net worth is not known, we do know that she earned $150,000 annually during her time at CNN.