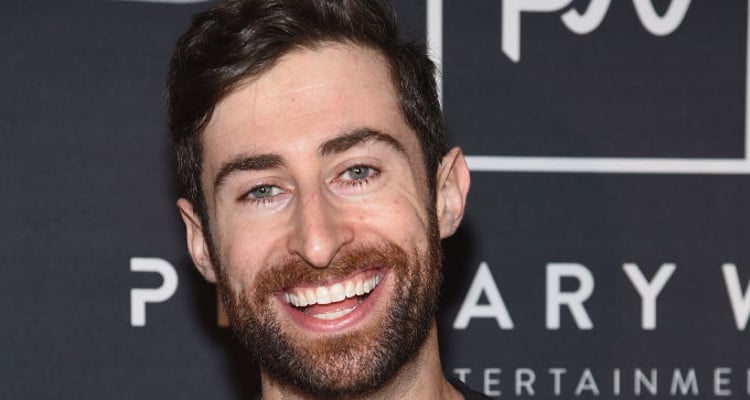 Raise your hand if every day is “HQ Trivia” day! The trivia game app has us obsessed, and we know we are not the only ones! With the game gaining popularity, everyone wants to know more about Scott Rogowsky, “HQ Trivia’s” host. We’ve got everything you need to know about him, right here!

Hit game app, “HQ Trivia” has been making waves for the last few months. The app was created by Rus Yusupov and Colin Kroll. They took the concept of a trivia game and fused it with live video and cash prizes to keep people coming back for more!

The app’s user base has grown to over a million in just a few months. And with the news that its minimum balance requirement of $20 being dropped, there’s no stopping the app from ruling everyone’s phone screens now!

“HQ Trivia’s” popular host, Scott Rogowsky, is one of the reasons people love the game. His quirky personality and witty wordplay is a big hit with users!

Find out everything you need to know about your favorite game’s host with details from Scott Rogowsky’s wiki.

He’s from the Big Apple

Born on December 4, 1984, in New York City, Scott Rogowsky’s age is 33. He was raised in Harrison in Westchester County.

Rogowsky attended John Hopkins University, where he discovered his talent for making people laugh. He studied political science, but life had different plans for him.

Before his appearance on “HQ Trivia,” Rogowsky was known as the face of a video that went viral on YouTube. His video of reading books with awkward fake covers had over six million views!

Comedy Runs in His Blood

Making people laugh with phony book covers is not the only skill Scott Rogowsky possesses.

Rogowsky hosted a show called Running Late with Scott Rogowsky with his dad, Marty Rogowsky. The show featured many celebrities, including John Hamm and Amy Sedaris.

Scott Rogowsky’s Twitter has more information about his comedic appearances. His next stint with Running Late with Scott Rogowsky will be at the Gramercy Theatre in New York on February 1, 2018.

Michael Ian Black has been rescheduled for March 12, but @realgilbert Gottfried is taking his place! See me and him and @tonyatamanuik and @karleyslutever NEXT THURSDAY Feb. 1 at @gramercytheatre, 8p. LINK IN BIO

With over 30K followers, Scott Rogowsky’s Instagram is the place to go to find rib-tickling posts! He even shares some of his favorite pictures with his fans.

Got a friend helping out tonight…

RARE BEHIND-THE- SCENES PEEK AT HQ: this is me preparing to enter your phone for the 9pm game. It’s a painful, hours-long process that involves molecular shape-shifting and atomic miniaturization, but it’s all worth it to make my #HQties happy. Be sure to tell your friends about tonight’s special edition – we’re giving out $15K for 15Qs! See you in a few!

The Amazing Host of “HQ Trivia”

In an interview with CBS News, “HQ Trivia’s” Quiz Daddy shared he was all ready to move to Los Angeles before “HQ Trivia” came calling.

Rogowsky said, “After 10 years in New York, I was out in L.A. last year, and I thought maybe L.A. is the place to be, so I gave up my apartment in May, was all set to move, and then HQ came calling and thankfully I decided to give it a shot. [sic]”

And, we are so glad he did stay!

They give you a free Emmy when you appear on @cbsthismorning

The game host also talked about how the app became a hit and said, “I think what HQ Trivia’s done is taken the old-school idea of a trivia show—a quiz show—which has been around since the dawn of television, even radio, and made it a participatory event versus a spectator sport.”

Scott Rogowsky continued, “You don’t have to be sitting in front of a TV to take it anywhere, play anywhere. We combine production value and a host and graphics and music and made it a produced experience.”

“HQ Trivia” is the current favorite app for thousands of people across America and the world—and it’s only growing! So, get on board and download the app now!