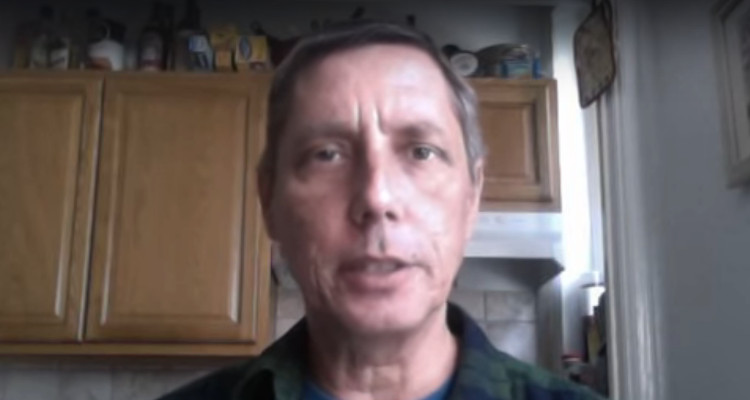 Scott Putesky was a member and co-founder of the controversial industrial metal band, Marilyn Manson. Though he quit the band in 1996, he drew the blueprint for its eventual success. He continued to work with other bands and released his own music. He passed away on October 22 of stage four colon cancer.

Marilyn Manson is one of the most controversial acts rock music has ever spawned. One of the men who founded the band was Scott Mitchell Putesky, also famously  known as Daisy Berkowitz, who sadly passed away Sunday, at the young age of 49. According to reports, Scott Putesky’s cause of death was stage four colon cancer, which he battled over the last four years.

Birth of a Band

Born on April 28, 1968, Scott Putesky was the lead guitarist and co-founder of Marilyn Manson. Along with Brian Warner, he created the concept of the band to poke fun at the media, and its obsession with serial killers and beautiful women. The band played its first show at Churchills, a club in Miami, on April 28, 1990. Their dark psychedelic style showcased Putesky’s poetic lyrics, which were backed by dark, driving music. Some of the band’s early songs include, “Red (in My) Head,” “White Knuckles,” “Cake and Sodomy,” and “Strange Stage Dogma.” However, Putesky left due to creative differences with Warner in 1996 before their seminal album, Antichrist Superstar was completed. He was credited with six songs on the album that made Marilyn Manson a staple in industrial music.

Music from the Heart

After leaving Marilyn Manson, Putesky started another band, Three Ton Gate, and showcased some very personal music at his shows. In late 1998, he joined Jack Off Jill and released, Covetous Creature. He then went back to Three Ton Gate and released several appreciated and innovative albums like Vanishing Century, Lose Your Mind, and These Messages. He also worked on side projects with bands like Stuck on Evil, The Spooky Kids, The Daisy Kids, and Kill Miss Pretty.

Shaking the Pillars of Convention

Waves On The Paper

There is no information on Scott Putesky’s wife or girlfriend, so whether or not he was in a relationship cannot be confirmed. In September 2013, he was diagnosed with stage four colon cancer, which he ultimately lost his battle to on October 22, 2017. Marilyn Manson courted controversy for practically everything they did, especially their outlandish makeup and costumes, intentional shock-value (both on-stage and off-stage), lyrics, and references to sex, violence, and drugs. Their live performances were riotous and deemed obscene. However, their fans loved them.

I'm Your Only Fan

With his death, rock music has lost one of its most flamboyant characters and a musician who marched to the beat of his own drum. Fiercely original and shamelessly offensive, the world had never seen anything like Marilyn Manson before the band got together. Most of this came from Scott Putesky, but the band continued his legacy even after he had left. However, he continued to delight and outrage with his non-conformist music and other ventures. Rest in peace, Scott Putesky.