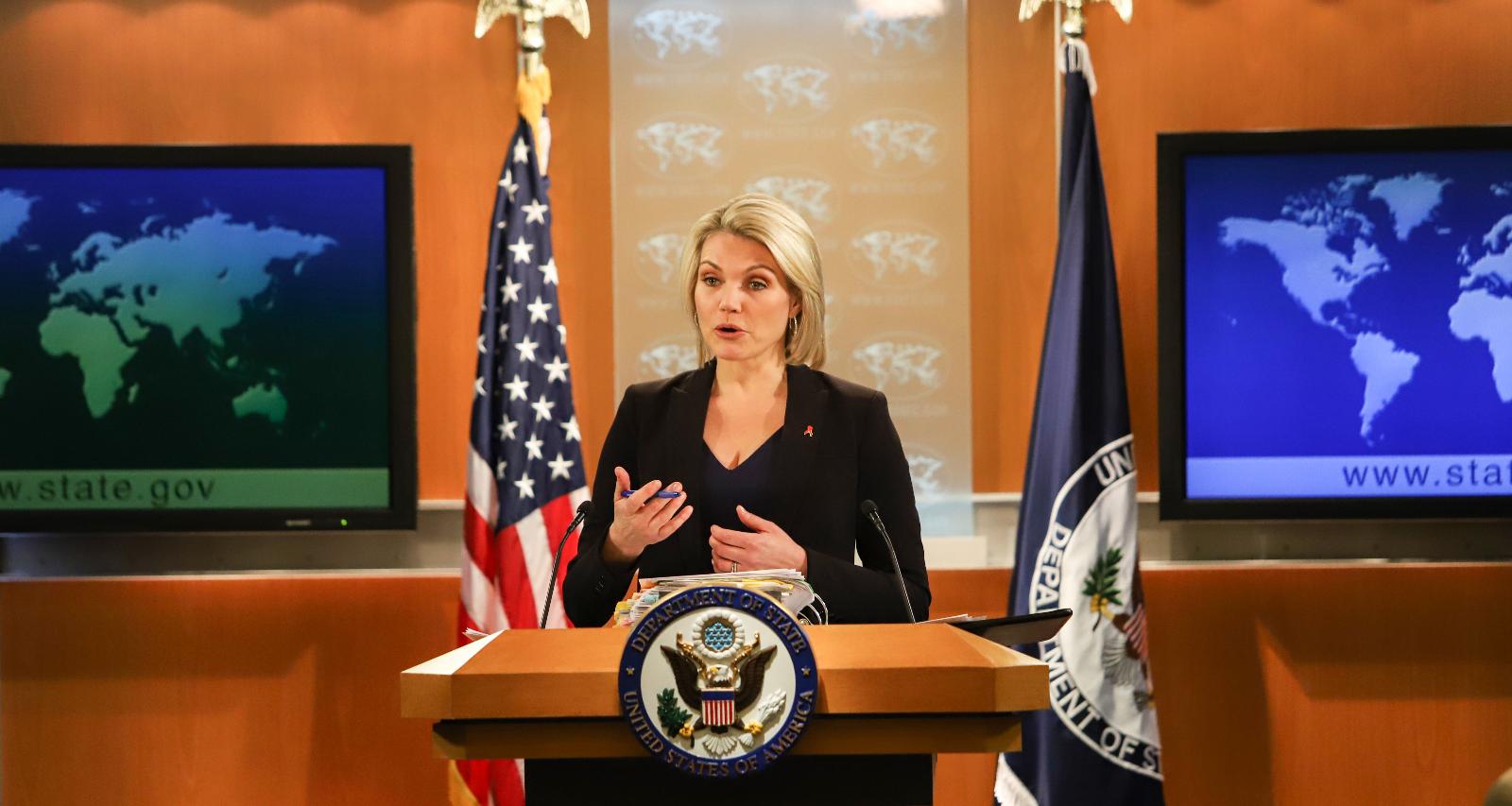 Heather Nauert went from the newsroom to the White House, and she’s now heading to the U.N. The former Fox News anchor who was appointed as spokesperson of the U.S. Department of State will replace Nikki Haley as the U.S. Ambassador to the United Nations. Her new appointment has turned the spotlight on her family, especially her husband, Scott Norby. We’ve got Scott Norby’s wiki, with everything to know about Heather Nauert’s supportive husband.

It’s unclear when Minnesota native Scott Norby and Illinois-born Heather Nauert met. According to some reports, they dated a long time before tying the knot in 2000.

Norby opts to keep a low profile and let his wife shine. He doesn’t seem to have a social media presence, but makes a cameo or two on Nauert’s Instagram.

Nauert and Norby are parents to two boys. Their eldest child, Peter Raymond, was born in 2009 and is almost 10 years old. Their younger child, Gage William, was born in 2010 and is eight years old.

Nauert usually posts about work during her time on Fox & Friends and in the White House. But she rarely shares details about her personal life. She posts a few pictures of her sons and husband, but is careful not to reveal their entire faces.

Since then, he has made strides as an investment banker. He’s worked with Goldman Sachs, Cargill, UBS, North Sea Partners, and the National Veterinary Associates. He’s currently the executive director of private credit and equity for Morgan Stanley.

With his wife’s new appointment to the U.N., we’re sure 2019 will bring exciting things for the family.