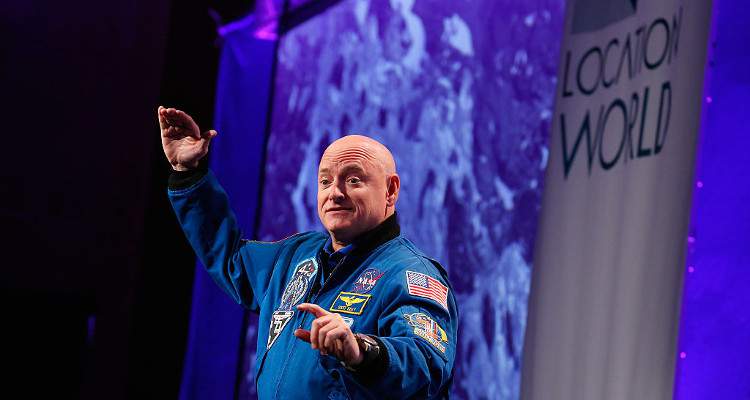 Scott Kelly’s memoir, Endurance: A Year in Space, A Lifetime of Discovery was published last month. Everyone is eager to know more about the astronaut who spent a year on board the International Space Station. There is also a renewed public interest in his family, especially Scott Kelly’s ex-wife, Leslie Yandell. We’ve got all you need to know about her here.

Spending a year in space is no joke! Scott Kelly began his journey of being outside our planet for 340 days, in March 2015. It was a challenging, record-breaking achievement—this was the longest space mission by an American—and Kelly is currently on tour sharing his stories with his new book. With Kelly’s accomplishment, the spotlight is now on his family, especially his ex-wife, Leslie Yandell.

Keep reading our Leslie Yandell wiki to know everything about Kelly’s former wife.

From Texas to Virginia

Originally from Dallas, Texas, but now lives in Virginia Beach, Virginia, according to her Facebook page, Leslie Yandell’s age is unconfirmed.

Scott Kelly was married to Leslie Yandel for many years, but divorced in 2009. They have two daughters together: Samantha and Charlotte.

Yandell works at the Virginia Beach Christian Church, whose Facebook page has a picture of Yandell and a friend serving people at a community outreach event in July 2017.

We discovered that she is a Houston Astros supporter and closely followed the 2017 World Series championship.

Life with Her Daughters

Yandell maintains a very low profile on social media. She posts intermittently on Facebook, but her private life is largely under wraps.

She has a close relationship with her daughters, especially her younger one, Charlotte, who she posts a few pictures of online.

Charlotte was a TIME for Kids reporter in 2015. During this time, she wrote about how she missed her dad while he was on his year-long mission in space. An excerpt from the report reads: “I am on summer break from school right now, but before school ended, my dad was able to set up a video conference with my class. All of the kids really enjoyed seeing him and asking him questions about space. I don’t care how many times I see it, I still have to laugh when I see him flip around in zero gravity and eat floating M&M’s.”

Charlotte also wrote about meeting her dad on his return in March 2016: “My dad came back to Earth last week, and I went to Houston to see him. When I first hugged him, I could only give him a half-hug. Once I saw an opportunity, I rushed back over to him to give him a giant bear hug. One of the first things he said to me was, ‘you got bigger,’ and I find that funny since he did, too! I was so happy to see my dad that I wasn’t able to stop smiling.”

As Scott Kelly continues to promote Endurance: A Year in Space, A Lifetime of Discovery, and share of his fascinating space expedition with girlfriend Amiko Kauderer by his side, Yandell leads a quiet life in Virginia, and it seems that she prefers it that way.