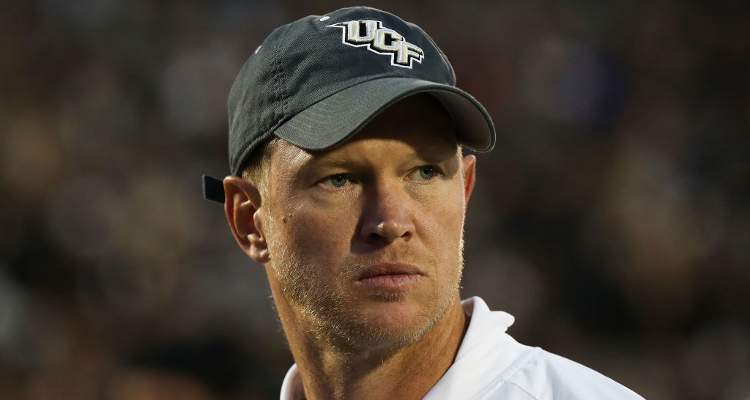 It was a celebratory weekend in Nebraska! Scott Frost, who revived UCF’s fortunes, joined the University of Nebraska as the head coach on Saturday. It was a sweet homecoming of sorts for Frost who played college football at Lincoln. Scott Frost’s wife, Ashley Neidhardt, is also in the spotlight with Frost’s appointment because of the news that the couple became first-time parents last month. Keep reading to know more!

Scott Frost’s Nebraska journey as the coach continues 20 years after playing college football with the Cornhuskers. Frost signed a seven-year, $35.0 million contract at Nebraska, reports say, and will hope to engineer a turnaround with the Huskers as well.

Ashley Neidhardt, who is Scott Frost’s wife, is his support system. The couple is now parents of a baby boy. We have everything you need to know about the new mother in Ashley Neidhardt’s wiki right here.

From Arizona to Nebraska

With her gorgeous looks that has heads turning, everyone wants to know where Scott Frost’s wife is from. Ashley Neidhardt is from Scottsdale, Arizona. She studied at the Grand Canyon University in Arizona. Ashley Neidhardt’s age is unknown.

With Frost’s new coaching job at Nebraska, the couple will move to Nebraska from their current home in Orlando, Florida.

Ashley Neidhardt and Scott Frost began dating in 2013, and two years later, Frost popped the question. The couple married on March 11, 2016. Theirs was a short engagement of five months, and the wedding took place in Paradise Valley, Arizona.

The Neidhardt-Frost wedding celebrated the couple’s love for the outdoors as the ceremony was held with the gorgeous Camelback Mountain as the backdrop. Neidhardt and Frost went hiking here on their second date. What a beautiful way to bring together the memories the couple had, on their special day!

Brides magazine featured the wedding, and Ashley Neidhardt’s pics are a serious contender for bride goals!

Ashley Neidhardt’s Instagram does not exist, so if you’re looking for some of Neidhardt’s pictures on social media, you won’t find any. Frost’s wife seemingly prefers to keep a low profile.

The couple celebrated the birth of their son on November 8. There was a little buzz surrounding the delivery as it coincided with a game the UCF Knights had at SMU. Frost had to leave the game early to be there with his wife at the hospital.

Frost’s joy doubled with his son’s birth and the Knights winning the game!

Speaking to a local Orlando newspaper, Frost said, “It’s just an unbelievable experience. Everyone that has one understands but I didn’t really understand until it happened.”

Frost continued, “Man, what a beautiful experience to go through watching the birth of your child. I feel blessed and lucky I was able to be there to watch it.”

Now the Cornhuskers have a little fan added to their party! The details of the baby’s name have yet to be released, and we also don’t have any pictures of the new addition to the family either. But, we know they’ll make an adorable family of three.

The news of Frost’s return to Nebraska made headlines over the weekend.

“It is a great honor and privilege to have the opportunity to return to Nebraska to lead the Husker football program,” Frost told a local paper.

Frost also said, “I have been fortunate to be at a wonderful school the last two years, but Nebraska is a special place with a storied tradition and a fan base which is second to none. I am truly humble to be here. The state of Nebraska and the Husker program mean a great deal to me. This is home.”

What an incredible year it has been for Scott Frost and his wife, and we couldn’t be happier for them!