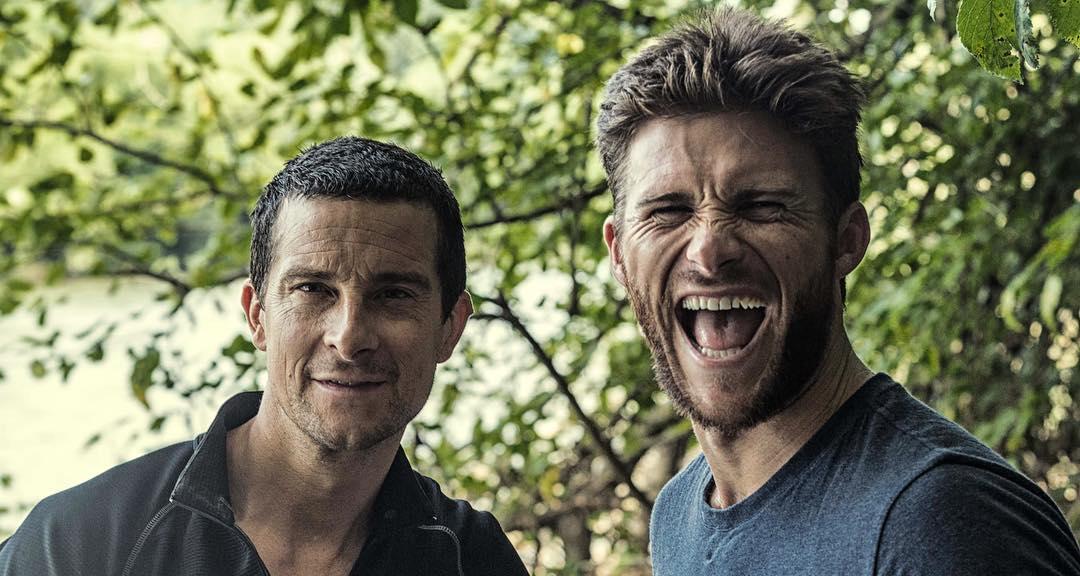 In each new episode of Running Wild with Bear Grylls, a different celebrity shows up to accompany him on his adventures. On a recent episode of the show, Scott Eastwood was pushed to his limits, as he appeared on the show.

Who isn’t a big fan of Running Wild with Bear Grylls? It is a survival skill reality TV show starring Bear Grylls. In every single episode of the show, Grylls gets a different celebrity to join him on his adventures.

The crew of the show is made up of the host Bear Grylls, a story producer, two camera cinematographers, two field recordists, and a mountain guide. Celebrities such as Channing Tatum, Kate Winslet, Kate Hudson, Michelle Rodriguez, Zac Efron, and even ex-President Barack Obama have appeared on the show!

Running Wild with Bear Grylls’ fourth season premiered on May 7, 2018. On Monday’s episode, July 2, 2018, actor Scott Eastwood went to the Balkan Peninsula with Grylls to take part in some seriously intense outdoor exploring.

The show airs on NBC and the network was very excited to have Eastwood on the show. Before the episode aired, they took to Instagram to talk about their adventure in the mountains.

Ditto to you buddy! ? #Repost @scotteastwood with @get_repost
・・・
What an incredible time I had getting pushed to my limits and beyond with @beargrylls He is a badass and I love this stuff!!! Getting out of your comfort zone makes us all grow. Embr… https://t.co/qw4Bu71ykp pic.twitter.com/aPDvMlnbrS

Eastwood joined Grylls on a journey through the harsh Bulgarian outback. And they get into some pretty harry situations. The two men even come face-to-face with a snake—and later make it their meal! In the episode, Eastwood also talks about his childhood with his father, Clint Eastwood.

He also talks about his love of the outdoors and his journey in the Hollywood industry.

In the episode, the duo rappel from a towering arch and further descend into the dark caves of Bulgaria. But the trip down doesn’t look like an easy one, and even Grylls himself looks a little uneasy.

He uses their backpacks as weights so that the two can rappel down the mountain-face, telling Eastwood that one a scale of 1-10, it’s about a 2 or 3 for danger. Eastwood winces and says, “Well, it’s a good day to die” as he makes his descend. (Later, Grylls looks at the camera and explains it was actually more of a 9 on the scale!)

Despite being scared and nervous, the two manage to reach the ground.

Aside from their death-defying scale down the mountain, their journeys through cavernous caves, and eating a snake, Eastwood and Grylls cross a Bulgarian river, where Grylls jokes about his wife’s one piece of advice for this episode; “Whatever you do, don’t take your shirt off next to Scott Eastwood.”