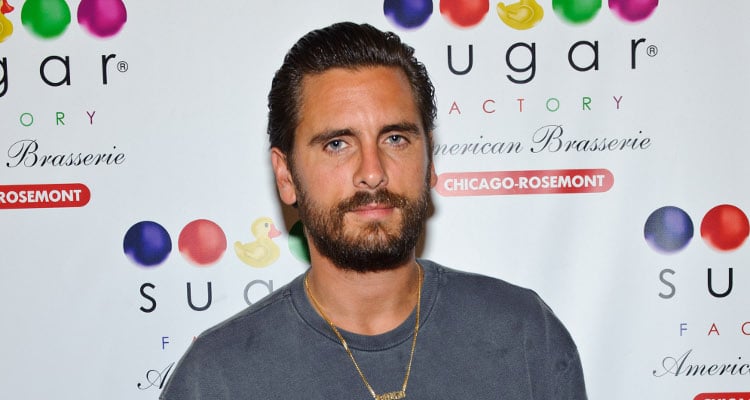 Scott Ryan Disick was born on May 26, 1983 in Eastport, Long Island, New York. He attended The Ross School, a private high school in East Hampton, Long Island, but dropped out before graduation. By profession, Disick is a model and a businessman. He gained worldwide popularity with his recurring appearances on Keeping up with the Kardashians.

Scott Disick’s parents have passed away, and he had no siblings. His father was arrested in December 2001 for allegedly stealing $3,000 from a bank in North Fork and was sentenced to 140 hours of community service. At the time, the Disick family were reportedly over $391,000 in debt, thanks to liens and judgments filed by companies, individuals, and even federal tax agencies.

Scott Disick started dating Kourtney Kardashian in 2006. The couple met at their mutual friend, Joe Francis’ house party in Mexico and have been in an on-again off-again relationship ever since. Disick proposed Kardashian in 2011, but she turned him down by saying, “I just feel like right now I’m happy with the way things are.” Scott Disick’s kids with Kourtney Kardashian are: Mason Dash Disick, Penelope Scotland Disick, and Reign Aston Disick.

Scott Disick was a fairly known socialite before becoming a reality TV star. He was a moderately successful model by day and a hardcore party animal by night. But with KUWTK, Disick gained immense popularity and celebrity status. He appeared as Kourtney Kardashians’s boyfriend and has been with the show since its pilot episode. Disick also appeared on Kourtney & Khloé Take Miami, and Kourtney & Khloé Take the Hamptons.

On the show, he comes across as a witty man who always has something funny to say. Though Disick is regularly being blasted by the Kardashian sisters for his inappropriate behavior.

In 2012, Scott Disick purchased a lordship title online and traveled to England, where he had an authentic knighting ceremony. Following his new status, E! produced the web series, Lord Disick: Lifestyles Of a Lord, giving Disick’s fans an inside look at his very lavish lifestyle. He also shared tips on how they, too, could live like a king —or at least a lord. Rolling your eyes, yet?

Scott Disick ventured into numerous entrepreneurial endeavors. He runs companies such as Rejuvacare and QuickTrim, and opened a Japanese restaurant called Ryu in New York City, which closed down after 191 days.

By the time he was 18 years old, Disick was arrested twice —once for speeding and another for driving under the influence.

On August 10, 2013, Disick posted a picture to Instagram of the Kardashian and Jenner family’s faces photoshopped over Da Vinci’s “Last Supper,” with Disick’s face placed onto the body of Jesus. Disick deleted the photo shortly after it received negative attention.

In a 2013 episode of KUWTK, Disick was seen shooting, skinning, and gutting an alligator. This was also met with harsh criticism. Mary Hart from the International Reptile Rescue Fairness said that it would be fair to “cut both his thighs so he bleeds and then toss him in a gator pond with gators small enough to rip him apart slowly and painfully.” Ouch!

There are strong rumors that Scott Disick may be dating 19-year-old actress, Bella Thorne. They were recently spotted having dinner before heading off to The Peppermint Club. Disick was assumed to be dating British model, Ella Rose, but neither rumors have been confirmed.