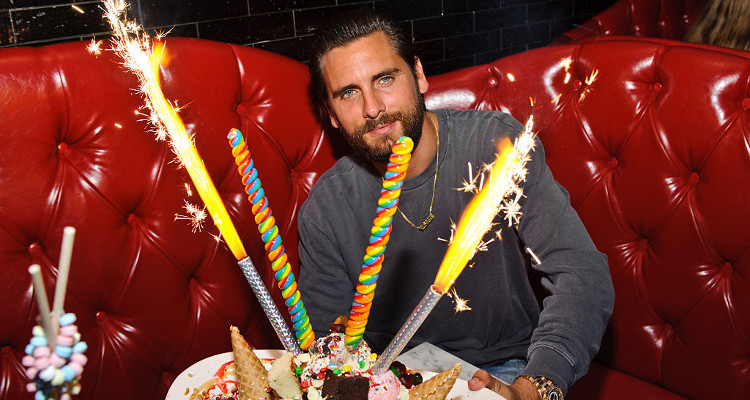 There’s never a dull moment with the Kardashian Klan. A new episode of Keeping up with the Kardashians aired last night and Scott Disick was the protagonist. (But really, what else is new?) This time, it looks like Lord Disick may actually be finished with his Kardashian Queen. Is Kourtney’s ex moving on with another woman?

Remember Kim Kardashian’s first public appearance since her traumatic Paris robbery? She was in Dubai and Scott Disick was her chaperone. Things were going fine until Scott went AWOL in Dubai. Last night’s (May 1) episode of Keeping up with the Kardashians may have finally told us what happened. Scott may now have a new girlfriend, in retaliation to Kourtney jumping in the dating pool again. Who is Scott Disick dating? Here’s a look at who is Scott Disick’s girlfriend now, and information on his dating timeline.

Kourtney Kardashian and Scott Disick’s relationship had enough material to run KUWTK by itself, and it’s been anything but smooth-sailing for the parents of three. Their on-again off-again relationship of 10 years was rife with breakups, cheating, failed proposals, family fights, and even an embarrassing question of paternity.

They were dating when KUWTK first aired in 2007. Their relationship became a key part of the reality series in the second season, when Kourtney confronted Scott about cheating. Remember when Kourtney threw his clothes out of the house? Ah, good times! In 2009, they broke up but got together soon afterward, when Kourtney discovered she was pregnant with their first child, Mason.

Also Read: Are Kourtney Kardashian and Scott Disick Getting Back Together?

The Klan was less than enthusiastic about the return of Scott, who also had an epic fight with Khloe. Shortly after Mason was born, they split again because of Scott’s issues with alcohol. They eventually reconciled after Scott vowed to mend his ways.

In an episode of Kourtney and Kim’s spin-off show, Kourtney and Kim Take New York, Scott proposed to Kourtney, but she rejected him saying she’s not ready to take the next step. A dejected Scott remained Kourtney’s boyfriend. In 2012, their second child, Penelope, was born. But more problems crept up when another man claimed to be Mason’s father, leading to Scott moving out of their shared home. After a paternity test proved Scott is, indeed, Mason’s father, he patched things up with Kourtney.

In 2014, Reign Disick was born sharing his birthday with older brother, Mason. The arrival of the third child fueled wedding rumors, but the couple broke up in 2015.

The 33-year-old dated a few women when he was not dating Kourtney (and apparently sometimes even when he was). Just before the public learned of the reality TV twosome’s 2015 breakup, Scott was seen with his ex-girlfriend, Chloe Bartoli. They dated in 2006 and were later pictured together in France.

After his breakup from Kourtney, he was seen with many women throughout 2016. Swedish models, Lina Sandberg and Ellen Robinson were some of his famous hookups last year. Photos of him kissing another model, Jessica Harris in Miami also made headlines. He was also rumored to be dating a woman named Christine Burke.

Who is Scott Dating Now?

Sometime ago, during the filming of KUWTK season 13, it was reported that Scott had gone AWOL while accompanying Kim to Dubai. The latest episode gives us more insight into what actually happened. Scott and Kourtney reveal to the family that he had proposed and she rejected him. Scott later went with Kim to Dubai for her first public appearance since her Paris robbery.

But things took a turn for the worse when he heard from his friend that Kourtney went on a date with somebody else back home. He had just spent time with Kourtney and their kids in Aspen, and he thought things between them were “going in the right direction.” That caused Scott to go into a tailspin.

Also Read: Kourtney Kardashian’s Net Worth: How Rich is the Reality Star and the Mother of Three?

Kim then tells Kourtney that Scott is drunk, to which her sister responded, “Scott’s not my problem anymore.” After conquering her fears at the event, Kim goes to check up on Scott. But when she and her entourage arrive in Scott’s room, they know something is up. She could tell that there was a girl hiding there and, after barging in, Kim found someone else inside. However, it was no revealed who the mystery girl in Dubai actually was. Nonetheless, Kim went on to aggressively hurl expletives at the woman and told her to get out. The show ended there with an ominous, “To be continued.”

What now? Well, Scott and Kourtney are reality TV’s very own guilty pleasure, and people can’t seem to turn their heads from all the drama. The home of everything Kardashian, E!, reported that the couple is giving their relationship another try. They haven’t moved in together yet, but apparently the two are spending a lot of time together. So, it’s too soon to call Kourtney Scott’s girlfriend again, at least not just yet!