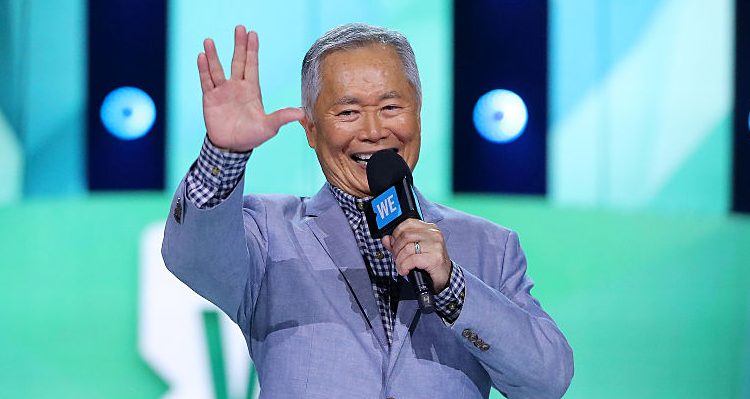 One-time actor and model Scott Brunton has accused fellow actor George Takei of drugging and sexually assaulting him at the latter’s home one night in 1981. Brunton claims that they were friends and went to Takei’s home for a drink when the alleged incident happened and got the courage to speak up after the Harvey Weinstein scandal made headlines across America. He now lives with his husband in Portland, Oregon, and just wants an apology from Takei. Read all about the incident in Scott Brunton’s wiki.

Another case of a Hollywood actor accusing a fellow actor of sexual assault has made headlines. The Harvey Weinstein sexual harassment case has become a lightning rod for suppressed sexual assault incidents coming to light in the last few weeks.

In an interview with The Hollywood Reporter, Scott Brunton, a former model and actor, has accused actor George Takei of sexually assaulting him after he lost consciousness in the latter’s home one night in 1981.

George Takei is an American actor, director, activist, and author. Takei is best known for his role as Hikaru Sulu, the navigator of the USS Enterprise in the classic TV series, Star Trek. He has also portrayed this character in six Star Trek feature films and one episode of Star Trek: Voyager.

In honor of Star Trek's 50th Anniversary I'll be answering all your Star Trek questions tomorrow at 2pm EST/11am PST. Leave your question in the comments below.

Takei is a vocal proponent of LGBT rights and has been very active in state and local politics. He has won several awards and many accolades for his work in the field of human rights and improved Japan-United States relations.

Scott Brunton’s age is 59, and he met George Takei 1981 when the former was a struggling actor and model trying to get work in Hollywood. He used to work as a waiter while he was trying to get roles in films.

According to Brunton, he met Takei at Greg’s Blue Dot bar in Los Angeles, California, and the two became friends. At that time Brunton was just 23, and Takei was 43 or 44 years old. Around that time, Brunton broke up with his boyfriend and was feeling especially low.

One night, after Scott Brunton and George Takei had been to the theater and ate dinner, they stopped at Takei’s apartment for a drink.

Brunton said that after taking a couple of drinks offered by Takei, he lost consciousness.

“We have the drink and he asks if I would like another. And I said sure. So, I have the second one, and then all of a sudden, I begin feeling very disoriented and dizzy, and I thought I was going to pass out. I said I need to sit down and he said sit over here, and he had the giant yellow beanbag chair. So I sat down in that and leaned my head back, and I must have passed out,” Brunton recalled.

Brunton does not remember how long he had passed out. But when he recovered consciousness, he found Takei assaulting him.

Brunton said, “The next thing I remember I was coming to and he had my pants down around my ankles, and he was groping my crotch and trying to get my underwear off and feeling me up at the same time, trying to get his hands down my underwear. I came to and said, ‘What are you doing?!’ I said, ‘I don’t want to do this.’ He goes, ‘You need to relax. I am just trying to make you comfortable. Get comfortable.’ And I said, ‘No. I don’t want to do this.’”

Haunted by the Assault

Brunton claims that he rejected Takei’s sexual advances. He was so shaken and disturbed by this incident that he had to wait in his car for a while to recover until he felt well enough to leave.

Years later, Brunton was living in Portland, Oregon, when Takei visited the city for a book tour. Brunton wanted to discuss the alleged assault with Takei, so he made plans with Takei to meet up.

Brunton says “I wanted to see him. I always wanted to ask him – I just felt really betrayed. I thought I was a friend and here I am later, just another piece of meat.”

Brunton and Takei went out for coffee, but Brunton felt too uncomfortable to be able to discuss the matter with Takei.

Brunton told The Hollywood Reporter, “I don’t want anything from him but an apology. I’m sure he’ll disown all this, I don’t know, maybe not.”

Right now it is a he said / he said situation, over alleged events nearly 40 years ago. But those that know me understand that non-consensual acts are so antithetical to my values and my practices, the very idea that someone would accuse me of this is quite personally painful. /4

Brunton says that he decided to go public with his accusations after the Harvey Weinstein scandal. However, over the years, he had told his close friends about his traumatic experience at Takei’s home. He debated about going public with his story for years but was afraid nobody would believe him.

Brunton said, “Who’s going to believe me? It’s my word against his.”

Scott Brunton now lives in Portland, Oregon, with his husband. The couple got married in 2013, according to sources.

There is no information about Brunton’s acting career, But in his own words, he was a “commercial actor.”

Although Scott Brunton now lives a quiet life away from the limelight, he is unable to forget that traumatic night when he claims that George Takei assaulted him.