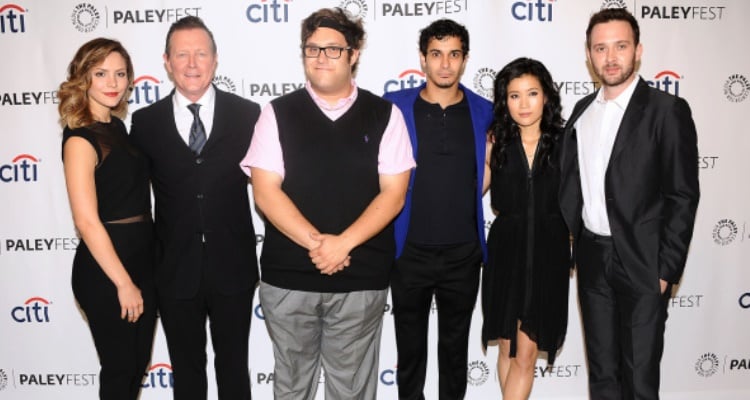 This fall, CBS’s new shows are giving people more reason to curl up in front of the television on weeknight evenings! Monday night is the return of a successful one—the Scorpion season 3 premiere kicks off at 9 p.m. EST. If you’re wondering about who is on the Scorpion season 3 cast, we’ve got everything you need to know. The Scorpion cast has some tough situations to deal with this season, so you won’t want to miss out!

If you still need to catch up to season 3, we’ve got some spoilers to help you along! Mid-way through season 2, fans said a sad goodbye to Megan O’Brien-Dodd (played by Camille Guaty). As it turned out, her Multiple Sclerosis (MS), which she struggled with since childhood, got the best of her and was her cause of death. The rest of Team Scorpion had a hard time saying their last words to her and many fans wept with her departure from the show. The much-loved character will surely be missed, departing in such a graceful and emotional way, but there are many more exciting moments for fans to see that involve the rest of the cast!

In the season 2 finale, episode 24 titled “Toby or not Toby,” Scorpion had to outwit the mentally-unstable, Mark Collins, who kidnapped Toby and threatened to torture and murder him, unless he received Walter’s Brain-Brain Interference research. The team was faced with a tough predicament, because if Mark got a hold of the information, he would have the ability to advance the technology to be able to read peoples’ minds. When the team finds Mark’s hidden location, Walter must make the tough call on whether to let his nemesis go in order to disarm his elaborate trap, or to capture his enemy and risk losing his friend. Meanwhile, Sylvester reveals Toby’s secret intentions, and Walter realizes his true feelings for Paige. All these dramatic events and more occurred in the season finale, so be sure to watch it before tonight’s new episode!

What to Expect Tonight

According to the CBS press release of the premiere, “Civil War,” Team Scorpion will need to put aside their personal and romantic issues when they are faced with an even more challenging situation: Anonymous hackers with unknown motives take over U.S. military aircraft and warships, targeting their weapons at American cities. Much to fans excitement, the season 3 premiere is a two-episode showdown! During second episode of the premiere, “More Civil War,” Team Scorpion finally makes headway against the hackers, however they immediately learn that a U.S. nuclear submarine has also been hacked and is preparing to launch a missile. This nail-biting premiere is available to watch on CBS at 10 p.m. October 3, so don’t miss it!