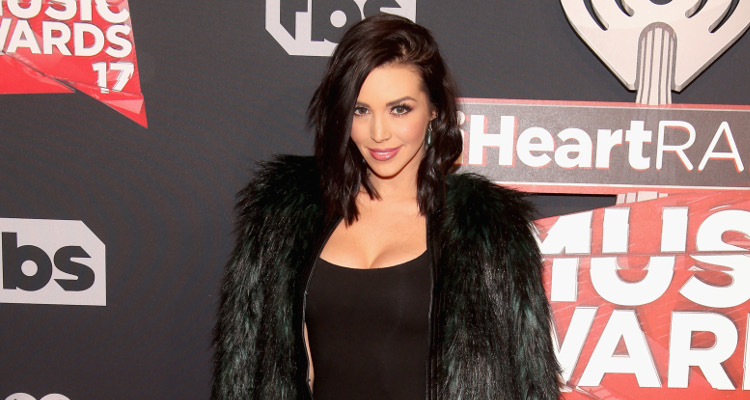 The final Vanderpump Rules reunion aired on Monday. Viewers got to see a lot of drama, including Scheana Marie seeing her ex-husband for the first time since asking for a divorce! She opened up about her new beau and looked gorgeous as ever after her weight loss. Keep reading for more details about Scheana Marie’s diet plan and weight loss journey.

Vanderpump Rules’ final reunion episode aired on Monday (April 17) and needless to say, it was a hell of an episode! Scheana Marie met her estranged husband, Michael Shay, for the first time since November, when she told him she wanted a divorce. Marie surprised her husband by saying that she has moved on with someone he follows on Instagram, Rob Valetta. Shay was obviously shocked at the news that his wife is already dating, and revealed that he is not seeing anyone because he feels like he is still married to her.

I'm on a boat. In Hawaii. Life is good.☀️Also, my shades are dope! Use code SCHEANAMARIE for 25% off at diffeyewear.com For every pair of @diffeyewear sunglasses sold, DIFF donates a pair of reading glasses to someone in need. So like, why wouldn't you? ? #sp

There was a lot of drama during the third Vanderpump Rules reunion. However, that came second to how gorgeous Scheana Marie looked! Last year, she faced criticisms after fans accused her of using diet pills to shed 25lbs, and Marie’s Instagram followers were not happy with the fact that she was promoting the weight loss supplement, Hydroxycut. But to clarify the misunderstanding Marie said, “I actually booked Hydroxycut after I had lost weight the natural and right way to do it — diet and exercise.” She further added, “No pills, no gimmicks, no anything. I got on a meal plan, I worked out with a personal trainer. I worked out six days a week for several months and I lost weight.” Marie explained that she did not take the supplement to lose weight, but rather to boost her energy before workouts.

Bottoms up! ?? spray tan thanks to: @karoracosmetics ?: @wetswimwear Please hit up @sethenator for all of your fitness questions about my diet/exercise routine!

Marie made the decision to become healthy after her 30th birthday. Last year, she was criticized for having back fat visible in her two-piece wedding dress. To justify her reason of getting in shape, Marie said, “We want to have kids in the next year or five years or whatever … If I keep living this lifestyle, it’s going to be that much harder to bounce back in my mid-30s after having a child, so I made the decision to get in shape, and I lost weight the right way.”

Her diet regime was also featured on Vanderpump Rules. Tom Sandoval and Ariana Madix would visit Marie at home to offer diet plans to her and her ex-husband. Although Scheana Marie’s diet plan is not known, it clearly worked! Scheana Marie’s weight loss before and after pics are a shocking change, documented through Marie’s Instagram posts.

#BeautyTuesday still up on my snapchat featuring my fave product currently! @reidgraham got me into exilis and this amazing prep cleansing solution. Check my snap for more deets! -scheanamarie

Following her weight loss, Marie was also under the limelight after people thought she had plastic surgery done on her nose. However, Marie took to Twitter to defend herself saying, “I swear.. I lose a little bit of weight and all of a sudden I’m ‘plastic’ and have had ‘so much work done.’ If I had, I’d own it.”

Scheana Marie has been an inspiration to a lot of people who are struggling to either lose weight or to become healthier, and hopes to continue her journey of encouraging others reach their goals.