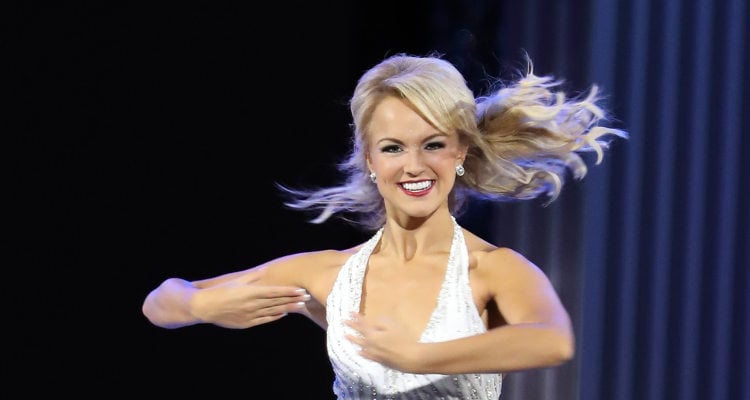 Savvy Shields’ parents are Karen and Todd Shields of Fayetteville. Savvy has one brother, Dane. She is the granddaughter of Don and Patty Jensen of Rancho la Quinta, California and Bob and Sally Shields of Mason, Ohio. She is 21 years old and is currently a senior at the University of Arkansas, where she is majoring in Art with a minor in Business. She graduated from Fayetteville High School in the year 2013.

Apart from looks, Savvy is also quite talented. While pursuing her studies at the University of Arkansas, she was involved with the Kappa Kappa Gamma sorority and was their Art Chair. Additionally, she also was a member of the Drawing and Painting Club.

Savvy Shields’ talent includes dancing and painting. During the talent rounds, she impressed all the judges and the viewers with her amazing dance performance. Savvy Shields was crowned Miss America 2017 on September 11, 2016. During one of the her interviews she said, “In pageants it’s very difficult to not compare yourself to every other girl in front or behind of you,” Savvy said. “Pageant girls and women in general are always striving, or it’s tempting to be striving, for perfectionism. You have to realize that you are imperfect and you are enough.” If you want to watch Savvy Shields dance, then make sure to check out the video below.

She practices the aforementioned platform daily, and the moment she became Miss Arkansas 2016, her main goal was to educate people on how the foods people eat truly make an impact on their lives. She said, “I think sometimes healthy eating and a healthy lifestyle comes with negative connotations and scary connotations,” Savvy said. “So my thing in learning about this process, the only thing I need to learn is tactical and tangible ways to do so.”