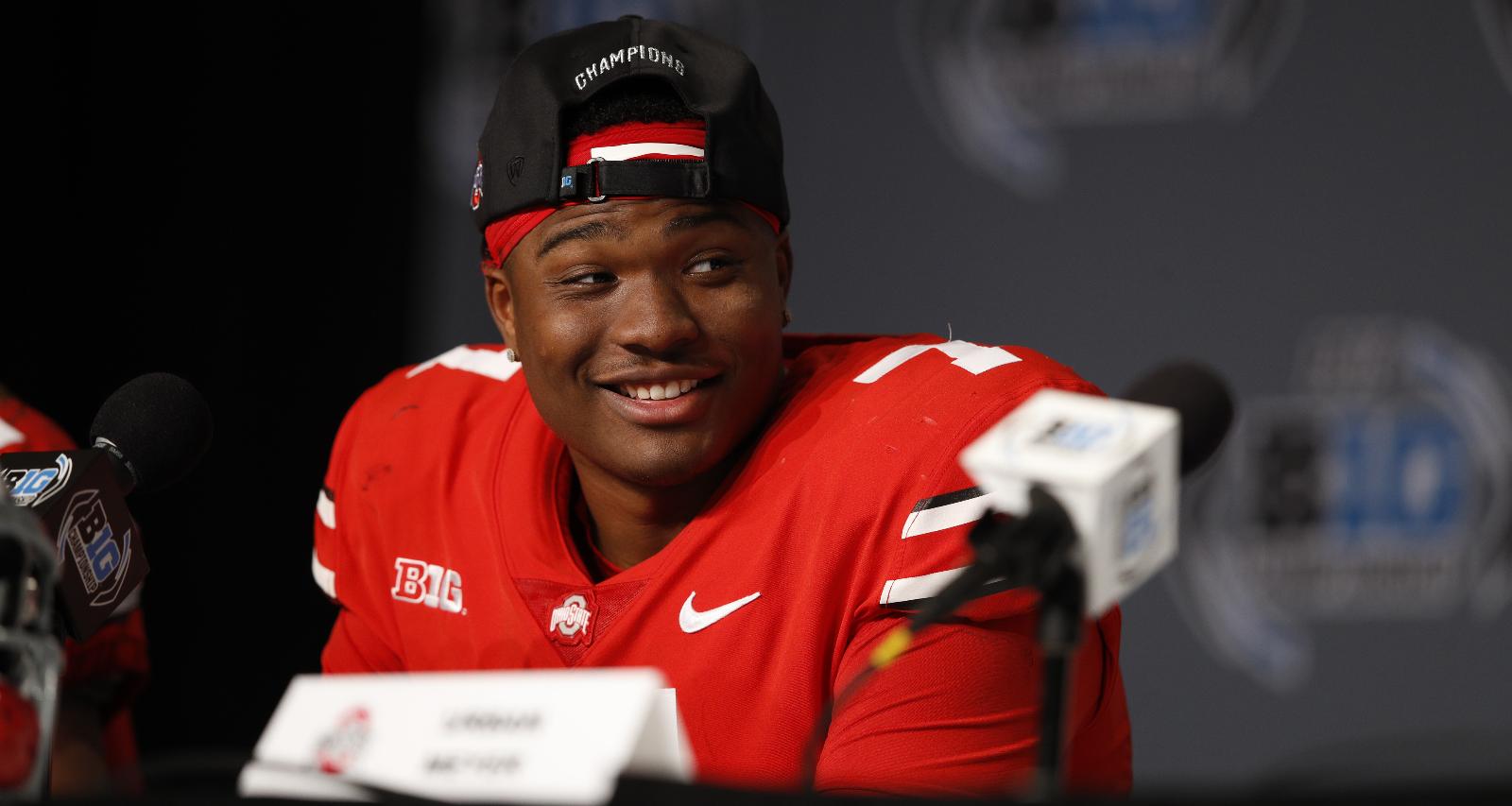 Ohio State Buckeyes quarterback Dwayne Haskins is a strong candidate for the Heisman Trophy after a stellar performance in the Big Ten Championships. He’s looking at a bright career in the NFL alongside his supportive girlfriend, Savhana Cousin. Haskins’ girlfriend is already getting attention as a football WAG, as she should.

Born Savhana Arai Cousin on July 27, 1998, Haskins’ girlfriend is 20 years old. She was born in Green Springs, Ohio and grew up in Fremont, Ohio.

After graduating from Fremont Ross High School in 2016, she attended the University of Cincinnati.

It’s unclear when and how she met Dwayne Haskins. Twenty-one-year-old Haskins was born in New Jersey and attended high school in Maryland before beginning his collegiate career at Ohio State University.

You’re the flower that I gotta protect.. happy 2 year anniversary to my love @savhana_arai many more to come. I’m so blessed to have you in my life, let’s conquer the world together. ❤️?

They celebrated their two-year anniversary in October and Cousin has been supportive of her beau through his training camps and away games.

She Was in a Car Accident

Cousin had a near-brush with death in early 2014, when she was involved in a horrific car accident. She posted pictures of her injuries on her old Instagram account shortly after the accident.

She suffered a deep gash on the corner of her left brow. She responded to some of the comments on her Instagram post, and shared that she had no nerve endings in the upper left side of her face because of the injury.

Cousin played basketball in high school. However, she couldn’t play for a while after the accident.

She was apparently insecure about the stitches and scar on her face, but received an outpouring of love from her family and friends.

The scar eventually faded to barely visible and she was back on the court, too. By then, she was no longer insecure about it.

She now feels blessed to have survived the accident. She has a new Instagram account with more engagement and she often expresses how grateful she feels for everything.

And woe to anyone who tells her otherwise. Back in 2015, a troll accused Cousin of faking the accident pictures for attention. The troll claimed that Cousin should have a scar on her face if the accident was real.

But Cousin bit back at the troll, saying, “I don’t have to ‘fake’ almost loosing my life. But you should probably ‘fake’ a hobby [sic].” And Cousin also had her other Instagram followers rallying behind her.

Savhana has an array of interests and skills. As a child, she had a start in cheerleading. She also played the drums and says she even played a few gigs.

In high school, she played basketball on the school’s varsity team. Towering at 5’8”, she played center and averaged 1.5 points per game.

After the accident in January 2014, she had to take a break from playing. She missed basketball but was back on the court in February of that year.

Im baacckkk(: First game I get to play in sense the accident! Tooooo excited!!!

It doesn’t appear that she’s playing basketball anymore. Nonetheless, she would definitely understand Haskins’ hectic athletic life because of her own background and is extremely supportive of him.

She’s on the Way to Becoming an Instagram Star

Savhana Cousin has a modest 8,000+ Instagram following, but it keeps growing as Haskins’ popularity rises. And her boyfriend gives her Instagram page a boost by encouraging his followers to follow her, too.

Haskins could have a major pro-football career. But his girlfriend has already shown the makings of an attention-grabbing WAG.

She doesn’t often travel with him to his games, but she’s always cheering him on. She also takes care of their two furbabies while he’s away.

Cousin also helps Haskins cope with the pressure of the gridiron. “Honestly, it’s just school and dogs and girlfriend and family,” said Haskins. “I don’t really let the football stuff get to me. One practice at a time, one game at a time is what I think about.”

But even without Haskins’ promotion, Cousin’s modelesque selfies are gaining her plenty attention. She usually gives a shout-out to her hair and makeup stylists as well as some of her designer duds in Instagram tags.

Even some businesses recognize her potential to be a star. Her Instagram comments section is often flooded with endorsement offers by certain companies.

Dwayne Haskins might have a career in the NFL soon, and when that happens, we’re sure we’ll be seeing a lot more of Savhana Cousin.