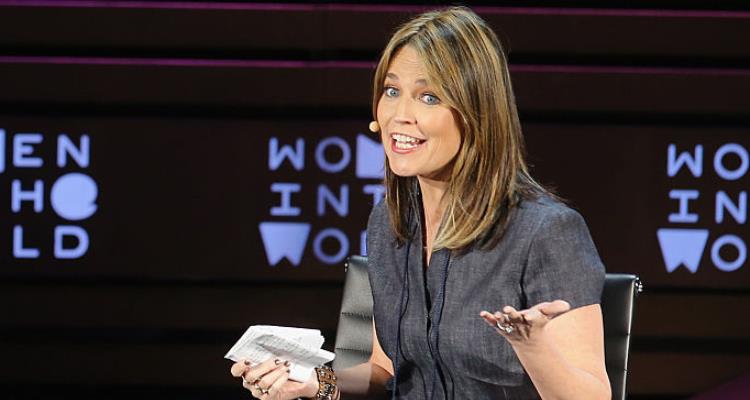 How Much Does Savannah Guthrie Make?

With former host Matt Lauer’s firing and Hoda Kotb’s hiring, fans of the Today co-anchor are wondering how much Guthrie is making these days. Reportedly, the 46-year-old wife and mother of two has a net worth of $2.0 million. There’s no exact information on how much she makes on the show and it’s possible that there are other perks included in her contract, like travel, makeup and wardrobe expenses. Her male counterparts have a much higher net worth than she does and with Lauer, 60, no longer working on the show, many are wondering if she and Kotb will be getting raises.

Kotb and Guthrie were on the cover of People (just in time for Kotb’s promotion) and shared how they felt before they announced their former colleague’s firing amid the sexual harassment claims.

“I think you could see from the moment that the news happened that our hearts were broken, and in lots of ways, they still are,” Guthrie, shared. “That feeling was shared through our whole newsroom and our whole Today show staff, because it sounds like cliché or a promo line, but it happens to be true: We are family, and we do love each other, and families do go through hard times, and when that happens in good families, you just get closer.”

“You pull together and you focus on the foundation and what keeps you together,” she added. “I think that’s what we’ve all been trying to do. And for me, I just am trying to get comfortable with how complicated the feelings around all of it are, and it is complicated. And just trying to have love and compassion for everyone concerned.”

Pretending to like egg nog with @hodakotb hat tip @photonate

Since Lauer’s exit, Kotb revealed that they have been checking up on the Today staff and said they had a “responsibility” to them.

The promotion is bittersweet for Kotb (who will still co-host with Kathy Lee Gifford) and Guthrie as they try to be there for both Lauer but also the victims.

“We know he’s working on his family, we know that for sure. Of course our hearts go out to the brave women who have told their stories,” said Guthrie. “What we are experiencing and processing now is how to honor and remain a true friend to someone even in spite of learning things that are deeply disturbing. And we are trying to navigate that path with integrity.”

Honored to be on @people cover with @hodakotb !!