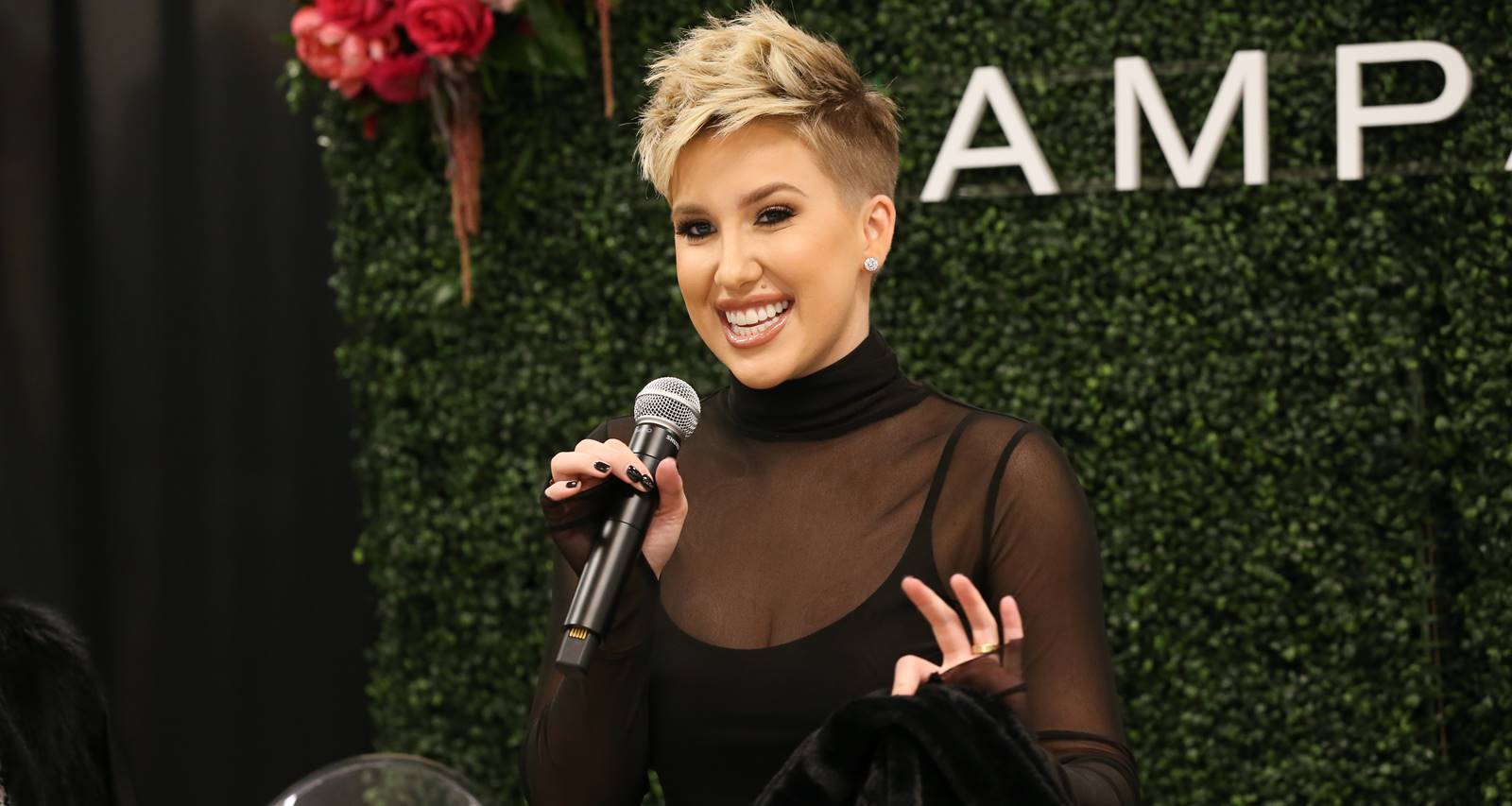 Savannah Chrisley has been associated with showbiz from a young age, and appears on the reality TV show Chrisley Knows Best. She is a beautiful young woman who won several beauty pageants and is knocking on the doors of stardom. With a supportive family and a hard-earned estimated net worth of $500,000, Savannah Chrisley is looking toward the future with confidence and hope.

One of the most exciting parts of Chrisley Knows Best is the merry love life of Savannah Chrisley. The reality television series details the lives of wealthy Georgia real estate tycoon Todd Chrisley and his family. Savannah Chrisley is his daughter and a regular beauty pageant competitor.

Twins, They Are Not

Born on August 11, 1997, in Atlanta, Georgia, Savannah Chrisley is one of five children born to Julie and Todd Chrisley. She has four siblings: Chase, Lindsie, Grayson, and Kyle Chrisley, who have all appeared on the show over the years.

People often wonder if Savannah and Chase Chrisley are twins, because they look almost identical. But they are not. Born on June 1, 1996, Chase is actually older than Savannah by more than a year.

Savannah Chrisley has been a good student since her early school days and received excellent grades throughout her academic career. She achieved a 4.2 GPA in high school, and was a lively participant in school activities.

After graduating from high school, Savannah Chrisley attended Lipscomb University, a private, coeducational liberal arts university situated in Nashville, Tennessee. She later transferred to Belmont College in Nashville because she wanted to be part of their famous and rigorous music program. Belmont College is the largest Christian college in Tennessee, and the state’s second-largest private university.

While being engrossed in her studies and music, Chrisley managed to have a thriving love life. Her relationships have regularly made headlines since she was dating country musician Blaire Hanks in 2015. She then dated basketball player Luke Kennard in 2017.

When they broke up, Chrisley released a statement saying: “It is best to part as friends rather than deal with the pressures of wondering if you are the only one. I’m 20 now and so excited to live my life so beautifully as God intended.”

There were rumors that Chrisley hooked up with basketball player Chandler Parsons in 2017 as well. According to reports, Savannah has a new man in her life, and he is none other than the professional hockey player, Nic Kerdiles. In January 2018, Chrisley went public with her relationship via an Instagram post. It’s fitting considering they met through Instagram.

She captioned the photo: “After spending months on focusing on ME…you came along. Thank you for always putting a smile on my face even when we’re thousands of miles away from each other!”

After dating long-distance, Savannah revealed she and her hockey beau got engaged in 2019.

IM SO BLESSED TO HAVE WON MISS TN TEEN USA!! It was such a blessing to be able to compete with such amazing girls this weekend!! Any one of these girls could have won the crown! Thank you to @wkeithpittman for helping me with my dress crisis and getting me this @sherrihill gown! Thank you again Kent Parham for perfecting my walk! And thank you Gerald for helping me with my interview! Thank you to my parents and friends for helping me prepare for this weekend. But MOST IMPORTANTLY thank you God for allowing me to live such a blessed life. Can't wait to spend the next year with my sister queens and soon to be second mom @usakimig

Thanks to her beauty, Savannah Chrisley has been a star at the various beauty contests that she participated in. In 2016, she almost made the Top 5 at the Miss Teen USA contest before bowing out.

She is far more confident and empowered today, thanks to her education and stint on TV, so it won’t be a surprise if she wins some big titles in beauty pageants in the near future. She has a personal ambition to win the Miss Georgia title some day.

There have been some rumors of late that the reality star went under the knife. Did Savannah Chrisley have a nose job? She denied having any plastic surgery done, and posted a message to her fans on Facebook: “Before the comments come flowing in…no, I haven’t gotten a ton of work done! I’m not changing my face! This chick just loves her food right now. So if you’re a negative Nancy, please direct yourself away from my page.”

She Has Her Own Net Worth

Even though Todd Chrisley’s a multi-millionaire, Savannah prefers to work hard to earn her own money. She’s appeared on entertainment shows like The View and Steve Harvey, and in the movie Sharknado 4: The 4th Awakens.

Thanks to her work on TV, and her participation in beauty pageants, Savannah Chrisley’s estimated net worth is a modest $500,000, but sure to grow as she is just at the beginning of her career.

She Survived a Car Accident

While Chrisley is successful in almost everything she tries, she is known to be a bit accident-prone. In January 2017, she was involved in a severe accident that led her to being hospitalized. She was driving her car through a rainstorm when she reached down to adjust the mat, which was stuck under the gas pedal. When she looked up, the guardrail was looming right ahead.

Chrisley ended up with fractured vertebrae in her neck, and several bruises from the airbags, because of which she underwent a six-week recovery period. Thankfully, she recovered completely, and the entire Chrisley family breathed a sigh of relief.