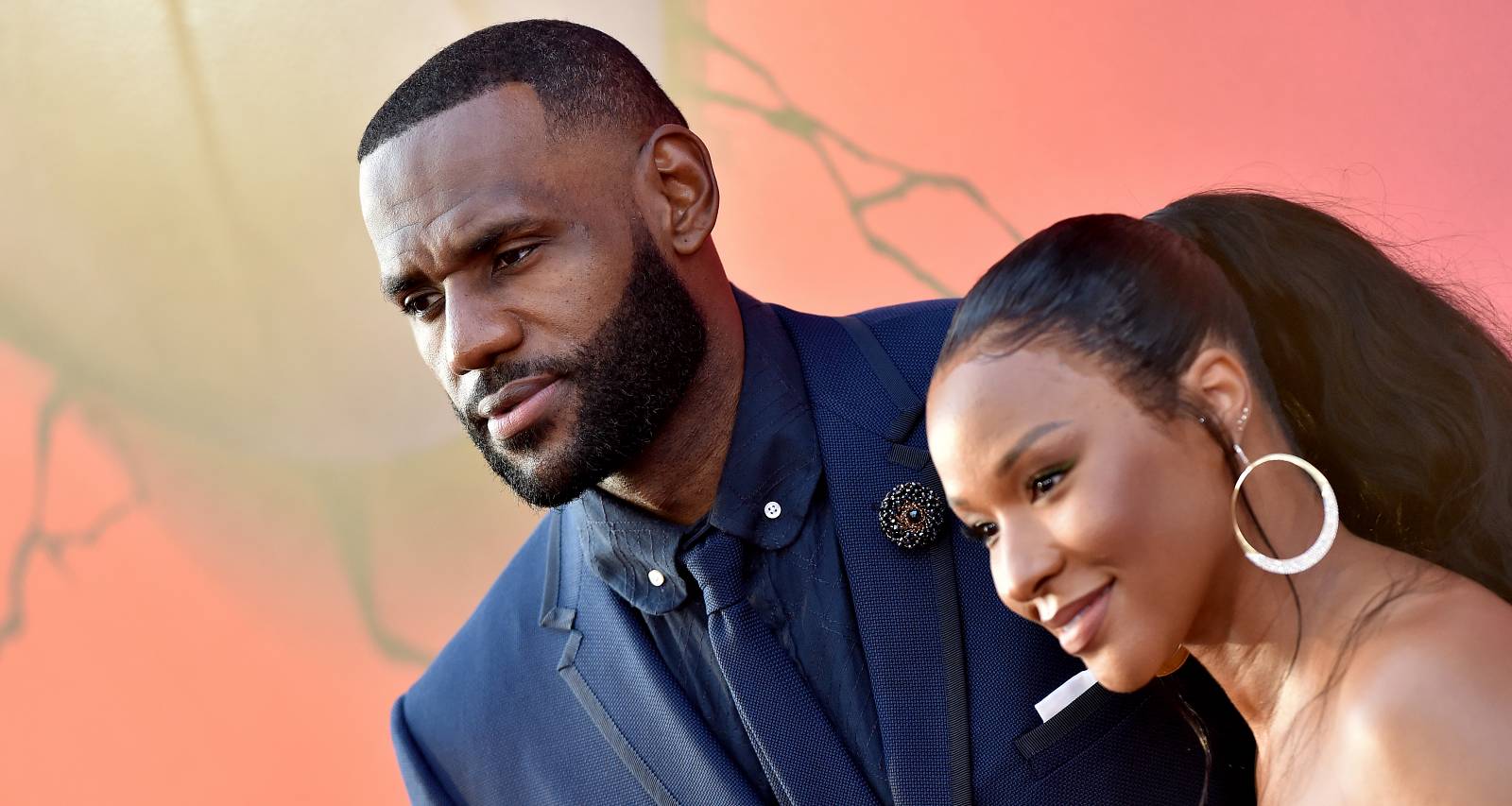 James, 31, and Brinson, 29, were actually high school sweethearts. They both attended St, Vincent-St. Mary High School in Akron, Ohio. James asked her out when she was only 16 and proposed to her on New Year’s Eve in 2011. They were married in a three-day wedding ceremony in 2013.

You may or may not be surprised to learn that Brinson is only five foot seven inches tall, unlike her basketball husband who is six foot eight. She also admitted in the past that she likes to wear heels next to him because she doesn’t want to “look like a shrimp standing next to him.” We get that!

Brinson and LeBron actually have their own furniture line that debuted in October (their favorite month) of 2010. She collaborated with American Signature, and the furniture line is called Home Court by LeBron James. One day she hopes to have her own designs in Milan.

Despite how supportive she is of her husband, Brinson said in a Harpers Bazaar interview that she wasn’t originally thrilled about being in Miami when LeBron played for the Miami Heat, but she came around. “Personally, Miami was not my favorite place. Vacationing there is great: You go for three days and get some sun, and it’s time to go home,” she told Harpers Bazaar. “When they told me it doesn’t get any colder than 50 degrees, that sold me. We get below-zero weather in Cleveland. I can’t wait to have a sunny Christmas. It will definitely be an adjustment, but we’ll make it. We’re not complaining.”