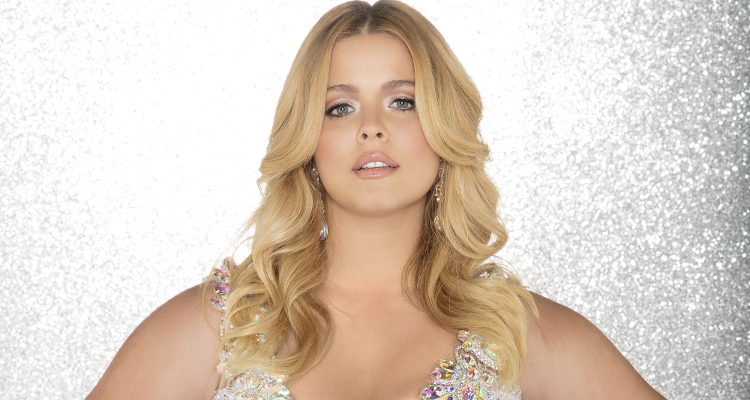 Dancing with the Stars is the perfect show for people who love to bust a move! Celebrities are paired with the best professional dancers on TV to compete for the Mirrorball Trophy. As only one pair can win, the stakes has never been higher. The amazing and mesmerizing Sasha Pieterse is partnered up with talented professional dancer and choreographer, Gleb Savchenko.

Sasha Pieterse and Gleb Savchenko will be killing it on the DWTS stage tonight during the premiere! If you want to know more about the Pretty Little Liars star, then take a look at our Sasha Pieterse wiki.

Born on February 17, 1996, in Johannesburg, South Africa to professional acrobatic dancers, Sasha Pieterse’s age is 21. In 2001, she and her family moved to the United States, spending some time in Las Vegas, before making the move to Los Angeles. She was homeschooled and completed graduated from high school when she was 14.

Yesterday marked the end of a major chapter in my life. As I’m sure a few of you know, the TV show Pretty Little Liars had it’s very last finale last night. I woke up feeling sick with a huge knot in my stomach! It’s so surreal that there will be no more live “previously on Pretty Little Liars” and no more “Shhh’s” at the end of that now very iconic song. But as I joined my PLL family to watch the finale, I was hit by this wave of absolute joy. It dawned on me that this is an end to an era. A very important era, but even more importantly it was a time to celebrate. To embrace the incredibly wonderful time we all shared together and to soak in every bit of joy it had brought me and others. PLL…playing Alison has been such a crucial part of my childhood and now adulthood. From starting and graduating high school, getting my drivers license, buying my first home, getting engaged to my best friend, and now wedding planning, what a trip! I just want to thank you. I wish I could give all of you a huge hug! You have seen me grow and you have grown with me. Thank you for always sticking by me, for never giving up on me or Alison. As I enter this new chapter of my life, I hope you will continue with me. There’s so many new fun adventures I’m about to journey through and I would be so honored if you all ride along with me. My blog @sashaingoodtaste is definitely one of those adventures. Sasha in Good Taste doesn’t just stop at this blog, there’s so many more things in store (very soon) that I can’t wait to show you! Creating and entertaining is such a passion of mine and having you share that alongside me, means the absolute world to me! We. are. family. and Rosewood will forever live on! I wholeheartedly ADORE YOU! Love, Sasha…-A #prettylittleliars #pllfamily #emisonfamily #emison #emisonisendgame #sashaingoodtaste That's immortality my darlings.

From a very young age, Pieterse had a passion for the entertainment industry, and knew how to work the ropes as her parents performed internationally. At the age of six, Pieterse got her first break in television as Buffy on Family Affair.

Throughout her career, Pieterse worked in several TV shows like Wanted, Heroes, and Heroes: Slow Burn. She rose to prominence thanks to her role as Alison DiLaurentis on Pretty Little Liars. Though the show recently aired its series finale, the young actress still has a lot of work coming her way, including a role in 2018’s Honored.

Besides working in TV, Pieterse has had small roles in several films such as The Air I Breathe, Good Luck Chuck, X-Men: First Class, G.B.F., Inherent Vice, Burning Bodhi, Coin Heist, and the TV movies, Geek Charming and Claire.

Happy Birthday week babe! ✨ You bless everyone around you. Thank you for being you. I hope this year and every year after gives you as much joy as you give others. You truly are my better half. As the years fly by I am continuously grateful to have you and I couldn't imagine my life without you. Every day I fall in love with you all over again, I truly am the luckiest woman in the world thanks to you. I can't wait to be your wife ? cheers! #mancrushmonday

Pieterse is not yet married, but the 21-year-old actress got engaged to her long-term boyfriend, Hudson Sheaffer, on December 22, 2015. The two spoke about the possibility of having two ceremonies, but have not yet revealed when they plan on walking down the isle.

Sasha Pieterse on Dancing with the Stars

Signing on for Dancing with the Stars, Pieterse has her parents and partner Gleb Savchenko to give her some pointers. Talking about the experience, the actress said, “It’s so fun to be doing something different. This is really a new chapter.”

For the premiere, Pieterse and Savchenko will dance the Cha Cha to Fleur East’s “Like That.” Talking about his first performance, Savchenko said, “It’s a Latin American dance, it’s fun, it’s cheeky, it’s pretty fast.” He explained, “We’re working a lot on the technique and the stamina so that’s like the two major things I’m focusing on right now, but the dance is done so we just keep running it.”

In fact, the 33-year-old professional dancer had nothing but good things to say about Pieterse! “She’s amazing. She has a great natural rhythm. She’s not a dancer though,” he said, adding, “She doesn’t have any dancing experience, but she”s very talented. You know, when you’re talented I feel like you’re talented in everything and she works really hard. Even though she’s only 21, she’s very mature for her age and she wants to learn how to dance.”

The 21-year-old has a huge fan following because of her role in Pretty Little Liars. Even Sasha Pieterse’s Instagram followers are expressing their excitement and support for the actress and Savchenko. Do you think Pieterse and Savchenko will take home the Mirrorball Trophy? Let us know your thoughts in the comments section below!