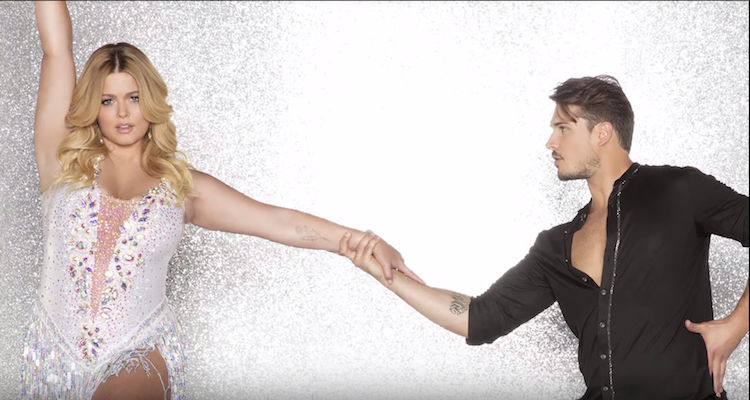 Sasha Pieterse on Dancing with the Stars

Fans couldn’t be happier to learn that Pieterese joined the Dancing with the Stars cast for its milestone season and told Entertainment Tonight what made her do it.

“I’m really glad to be a part of this season,” Pieterse told ET. “They asked me, like, I’d say three or four years ago and I wasn’t able to do it. Scheduling was a nightmare and they said that they’d come back around. And they came back around, which was so awesome and this is the 25th season!”

Her Parents Were Dancers

There’s a good chance that the 21-year-old actress and her dancing partner could win the Mirrorball Trophy, especially since dancing runs in the family. Not to mention all of her hard work with Savchenko.

“That’s actually one of the reasons we immigrated to America,” Pieterse said to ET. “So I think that part of it, I’m really proud to be able to be a part of that and kind of what they started. And I know my mom cried when I told her. She’s beyond excited, but I think just kind of proving to myself that I can do something totally different, something that I’m not used to. It’s definitely not in my comfort zone… The fact that it’s live, I am losing my mind, like, I’m good at memorizing lines but memorizing dances, it’s gonna be a challenge. It’s gonna be fun.”

With Sasha Pieterse DWTS debut underway, many are wondering what her team name is and it’s perfect!

“They’re gonna love it,” she revealed. “They’re gonna go crazy! Actually, we’ve already named our team. Our team name is the ‘A Team’ because, hello! I’m like, we’re gonna do this. We’re gonna get that Mirrorball!”

Looks like the PLL alum never really left us after all, and she’s here to show her fans that she will never forget her role of a lifetime.

She Didn’t Tell Her PLL Cast

While there’s a possibility of a PLL reunion on the show, since the girls will hopefully come out to support their former co-star, Pieterse didn’t tell her cast mates she was dancing, according to Shay Mitchell!

“Sasha is, like, the best secret keeper. She truly did not tell any of us,” Mitchell told ET. “She told us there was something in the works for something, but we had no idea, so I’m super excited.”

But don’t worry, there are no hard feelings and Mitchell added that if she were in L.A., then she would be definitely be cheering for her fellow Liar.

Gleb Savchenko on Dancing with the Stars

We all saw Gleb Savchenko on DWTS with Erika Jayne, but this year he’s partnered with a different blonde. Savchenko and his wife, Elena Samondova, welcomed their second child and it’s a girl! That’s right, Olivia has a baby sister, Zlata, who was born in August. While the Russian-born dancer is committed to his family, he’s also giving everything he’s got and plans on winning.

Dancing with the Stars premieres on Monday, September 18 at 8:00 p.m. EST on ABC.