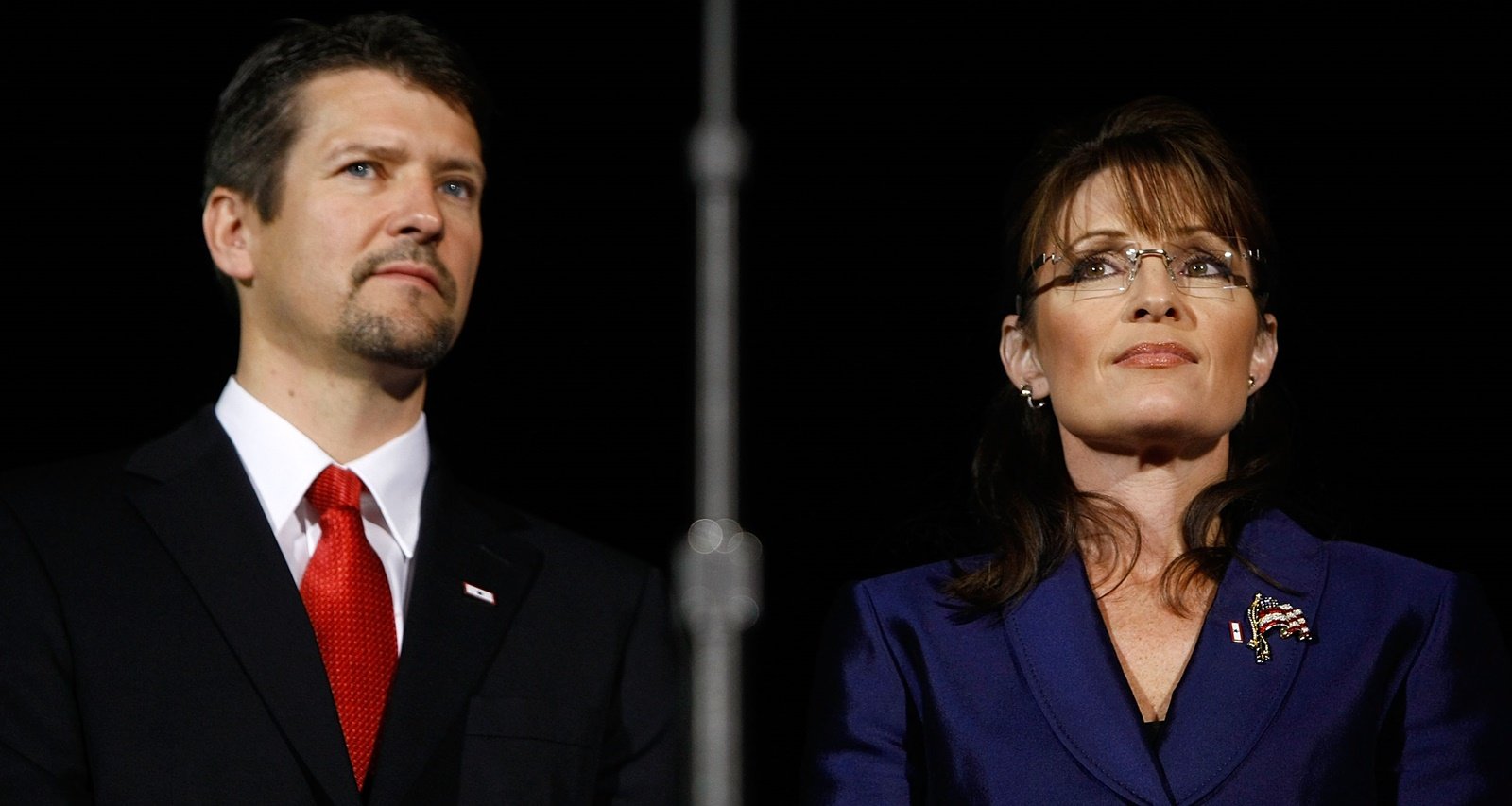 Former governor of Alaska, Sarah Palin, and her husband, Todd Palin, are divorcing after three decades of marriage, according to media sources. Todd filed for divorce on September 6 and is reportedly demanding their debts and assets be divided equally. With a prolific political career, Sarah Palin has built an estimated net worth of $12.0 million. While Todd is not a public figure, his net worth is also estimated to be $12.0 million. But many thought that late Sen. John McCain’s one-time running mate would earn a lot more. We’ve broken down the details about Sarah and Todd Palin’s net worth and their reported divorce here.

Sarah Palin Started Her Career as a Sports Journalist

Born Sarah Louise Heath on February 11, 1964, in Idaho, she’s the third of four children born to Sarah “Sally” Heath and Charles Heath, both employed at schools. The family moved to Skagway, Alaska, where Charles was hired as a teacher, when Sarah was a few months old.

Sarah had an outgoing lifestyle growing up in Alaska; she was active in the school band, athletics, and the pageant circuit. She first went to college in Hawaii before transferring to North Idaho College in her birth state.

She transferred colleges two more times before graduating from the University of Idaho in 1987 with a bachelor’s degree in communication and special emphasis on journalism.

Also Read: Lee Iacocca’s Net Worth, How Rich Was Chrysler’s Savior at the Time of His Death?

After graduating, CBS and NBC affiliate stations in Anchorage, Alaska hired her as a sportscaster. She went on to fulfill her ambition to work in print media when an Alaska-based newspaper employed her as a sports reporter.

But Sarah left her journalism career behind and plunged into local governance in 1992.

Sarah Palin Campaigned in the 2008 Elections

Palin was first elected to the city council of Wasilla before successfully running for mayor of the city. She steadily moved up the political ladder, and was elected the governor of Alaska in 2006.

When she entered the presidential race, Sarah and Todd Palin disclosed their federal tax returns for 2006 and 2007. According to the disclosures, the former governor earned $125,000 a year back then.

There were days she worked out of the family’s home in Wasilla, for which she was received per diem payments. This was a controversial issue at that time, considering she hadn’t paid taxes on the $17,000 she earned on those days. But a spokesperson said those payments were tax-exempt.

Todd Mitchell Palin was born on September 6, 1964 in Dillingham, Alaska, to James F. “Jim” and Blanche Palin. Both he and Sarah graduated from Wasilla High School in 1982.

Todd worked for BP in the North Slope oil fields of Alaska for almost two decades. He left his job to avoid a conflict of interest when his employer began negotiating a natural gas pipeline project with Sarah’s gubernatorial administration.

But the family depended on Todd as a breadwinner, which led him to return to BP. However, in his second tenure, he chose to work as a production operator instead of a managerial position until he resigned again in 2009.

Don’t Miss: Kevin Hart’s Net Worth in 2019, How He Became One of the Highest-Earning Comedians?

In the 2007 tax year, after quitting BP the first time, Todd earned $66,893 in gross receipts, of which $49,893 was from the fishing business and $17,000 from snowmobile racing. However, he reported approximately $15,000 in net profit after spending the bulk on keeping the fishing business running. Add in the over-$9,000 loss from snowmobile racing, and Todd was left with an income of $5,800.

Todd Filed for Divorce after 31 Years of Marriage

Sarah Palin’s marriage has been under scrutiny since she entered the presidential race in 2008. The couple has, in the past, laughed off divorce rumors and put on a united front.

However, things appear to have suddenly turned downhill. Todd reportedly filed for divorce on September 6, 2019 (yes, on his birthday). Using the initials “TMP” for Todd Mitchell Palin and “SLP” for Sarah Louise Palin, he cited “incompatibility of temperament” in the court documents, which is equivalent to “irreconcilable differences” in Alaska. He’s also seeking joint legal custody of their minor son, Trig, who has down syndrome.

According to some reports, the documents also state Todd’s intention to divide their assets and debts equally. The current value of their assets is not known, but their 2008 tax filings do reveal some details.

😉oh that’s right! Yesterday was our 30th❤️Happy Anniversary TMP!❤️❤️❤️ (how you look the same, all these years Todd?!)

Sarah’s 2009 memoir, Going Rogue: An American Life, was a New York Times bestseller and has sold over two million copies to date. Not only did she get approximately $1.25 million in royalties from the record-breaking sales, but HarperCollins also paid her a $7.0 million advance for it.

The hefty advance payment raised a few eyebrows when it was revealed that the deal brought her income to $12.0 million just before she resigned as governor. Sources close to her have denied that she received such a huge advance and her income was anything higher than what filings suggested.

Additionally, Sarah and Todd’s daughter, Bristol Palin, has earned an estimated net worth of $500,000 with her career as a public speaker and reality show star. Compared to her mother, it will only cost a paltry $14,000 to book Bristol for a speaking engagement.