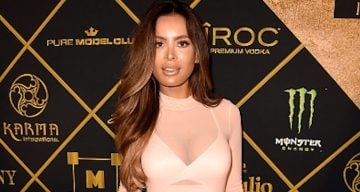 Sarah Stage is quickly becoming a household name. She’s a beautiful model who has abs to kill for, but what do we actually know about her? Did you know she was married? Or that she has kids? Who is Sarah Stages’ husband? In this Sarah Stage wiki, we’ll take a closer look at the model, mom, and ab enthusiast. Here, we’ll cover everything from her age and how much money her modeling career brings in, to what it’s like trying to be a mom and model at the same time. If you ever wanted to know more about Sarah Stage, this is a great place to start!

The Basics on Sarah Stage

Born on March 21, 1985, Sarah Stage’s age will be 33 next month. We know that Stage was born in California and, according to at least one source, she grew up in Burbank alongside a younger sister. Stage is of Costa Rican and European descent.

While she began modeling in high school, she didn’t receive any major media attention until her first pregnancy. Stage posted pictures of her pregnancy with a small baby bump and a toned stomach. Since then, she seems to have started a small empire!

While there is plenty of free content, the main goal of her website is to sell Stage’s two fitness ebooks. One is for everyday living, and the second is designed for pregnant women.

Given that Sarah Stage managed to keep her abs during her pregnancy, both seem like pretty solid options! The amazing thing is, she seems to do this and have a full family life at the same time.

Unlike his partner, Sarah Stage’s husband mainly stays out the limelight. His name is Kris Jason. According to his social media pages, he works in the world of public relations. He must do quite well, as Jason gave Stage an early Christmas present; an S-series Mercedes car! The couple married in 2012. According to his Instagram page, Jason is of Thai and German descent.

Jason and Sarah Stage’s kids are still quite young. There oldest, James, is two years old, and Logan is just three months old. While it’s challenging to get her workouts in with two kids on her hip, Stage seems to manage! There are even videos of her doing easy workouts with them!

Recently, the family had a scare. Little James was apparently attacked by a dog! But Stage stepped in before the dog caused lasting damage to her little boy.

Working Out is Paying Off!

All the working out is paying off in more ways than one for Stage. Sure, it’s keeping her looking remarkably fit and younger than her actual age, but it’s also paying off for her at the bank!

According to multiple sources, between her modeling, fitness books, and other business ventures, Sarah Stage’s net worth is approximately $500,000. Considering that her modeling career really didn’t take off until two years ago, that’s a pretty good bank in that short amount of time!