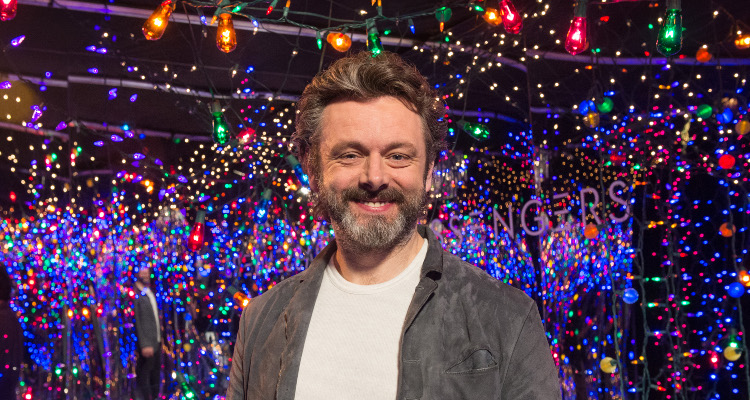 Welsh actor Michael Sheen has made audiences and critics take notice of his fantastic performances. He set the stage on fire after acting in classic plays like Romeo and Juliet and Henry V. Sheen loves his daughter and lives in LA to be close to her. His net worth is a cool $9.0 million and, at age 48, he has a long fruitful career ahead of him.

Michael Sheen and Sarah Silverman had a great time in Wales recently, where Sheen was shooting his upcoming period film, Apostle. Sarah Silverman’s boyfriend is a very talented actor who has worked in theater, films, television, and radio throughout his 25-year career. Keep reading for more details from Michael Sheen’s wiki.

Theater Runs in His Blood

Michael Sheen was born on February 5, 1969, in Newport, Wales to Irene Thomas and Meyrick Sheen. His mother was a secretary, while his father was a personnel manager in the British Steel Corporation. When Sheen was a boy, he was a very good soccer player, but lost interest as a teenager. Coming from a family interested in theater, it came as no surprise that Sheen gravitated towards the arts. He was involved with The National Youth Theater of Wales, about which he said, “It was a brilliant youth theater. It taught me not only a lot about acting but also about work ethic. It was disciplined.”

In 1988, Sheen joined the Royal Academy of Royal Art in London, where he studied drama. He graduated in 1991 with a Bachelors of Arts. He then found a passion for performing on stage in productions of Don’t Fool with Love, Peer Gynt, The Seagull, The Homecoming, Amadeus, and Look Back in Anger. His acting impressed both theater lovers and critics alike. One critic even called him, “The most exciting young actor of his generation…a volatile, electrifying and technically fearless performer.” Sheen received several notable acting awards for his outstanding work.

Making His Mark in Hollywood

Michael Sheen made his film debut with a role in the excellent but little-seen film, Heartlands. He played the role of the protagonist named Colin, who goes on an adventure to win back his wife, whom he caught cheating on him. More of Michael Sheen movies include Bright Young Things, Underworld, Laws of Attraction, Kingdom of Heaven, and Blood Diamond. The actor has tried to maintain a balance between his work in films, theater, and television. He is admired for his ability to portray people like David Frost in Frost/Nixon,   soccer manager Brian Clough in The Damned United, and Tony Blair in The Queen.

In recent years, Sheen became known for his work in The Twilight Saga: New Moon, Tron: Legacy, Unthinkable, Midnight in Paris, and Passengers. His work over the last 25 years has made Michael Sheen’s net worth is a cool $9.0 million, and is sure to grow. The actor dated Kate Beckinsale from 1995 until 2003. They never got married, but they have one child together. Michael Sheen’s daughter, Lily Mo Beckinsale-Sheen, means the world to him. He and Beckinsale might not be together, but they have nothing but love and respect for each other as they co-parent young Lily.