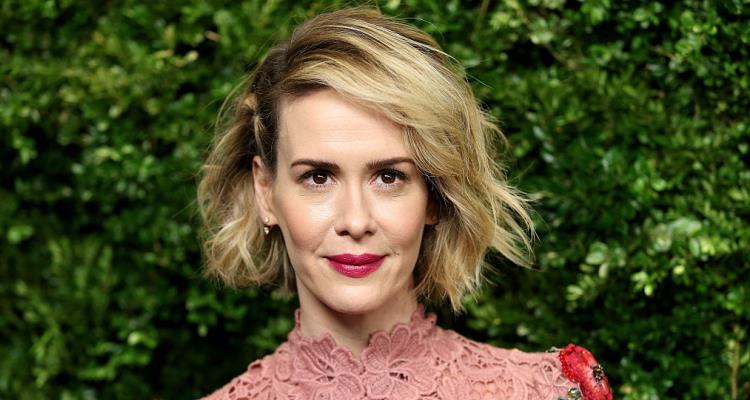 Fans are still recovering from their excitement about the latest episode of American Horror Story: Roanoke! This time, Rory (Evan Peters), and Audrey (Sarah Paulson) got married and it was almost too much for fans to handle! Despite the fact that the characters are never happy for long, the episode brought fans a refreshing and exciting view of the cast mates’ relationship, which is different in every season. Now that viewers are getting to know the characters behind the reenactment actors of AHS, you can get to know even more about the woman who plays Shelby by reading our Sarah Paulson wiki. If you want to know more about Sarah Paulson’s net worth, and more, stay tuned.

Sarah Paulson, 41, has a net worth of $4.0 million! She made her debut performing on stage in Jack & Jill, and went on to star in the 1990s American Gothic television series. She is known for her roles in What Women Want (2000), Down with Love (2003), and Path to War (2002). She began acting in American Horror Story, and has played six different characters in each of the show’s six seasons.

The star received several award nominations, including four Primetime Emmy Awards, and she has even won two Critics’ Choice Television Awards. For her work in the first season of The People v. O.J. Simpson: American Crime Story, she was awarded the Television Critics Association Award for Individual Achievement in Drama, and the Primetime Emmy Award for Outstanding Lead Actress in a Limited Series or Movie.

Here is a more comprehensive list of her awards and nominations from TV Guide:

2007: Golden Globe for Best Performance by an Actress in a Supporting Role in a Series, Miniseries or Motion Picture Made for Television: Nominee

2012: Emmy for Outstanding Supporting Actress in a Miniseries or a Movie: Nominee

2013: Golden Globe for Best Performance by an Actress in a Supporting Role in a Series, Miniseries or Motion Picture Made for Television: Nominee

2013: Screen Actors Guild Awards for Outstanding Performance by a Cast in a Motion Picture: Nominee

2013: Emmy for Outstanding Supporting Actress in a Miniseries or a Movie: Nominee

2014: Emmy for Outstanding Lead Actress in a Miniseries or a Movie: Nominee

2015: Emmy for Outstanding Supporting Actress In A Limited Series Or A Movie: Nominee

2016: Critics’ Choice Awards for Best Supporting Actress in a Movie Made for Television or Limited Series: Nominee

2016: Emmy for Outstanding Supporting Actress In A Limited Series Or A Movie: Nominee

2016: Emmy for Outstanding Lead Actress in a Limited Series or a Movie: Winner

With so many outstanding achievement awards, it’s no wonder people love her acting skills! 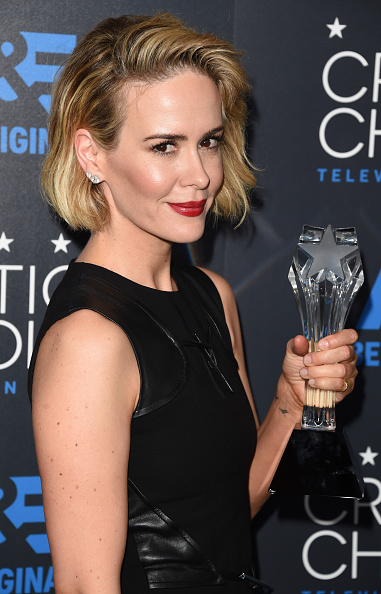 Paulson dated playwright, Tracy Letts and was engaged to him, but eventually called it off. In 2004, Paulson began to date women. From then until 2009, she was in a relationship with actress, Cherry Jones. When she spoke to Broadway.com in a 2013 interview, she explained her sexuality with the following statement, “The situation is fluid for me.” In 2015, Paulson began dating actress, Holland Taylor. If you’re wondering if Taylor is Sarah Paulson’s wife, the couple is not married, at least not yet anyway! 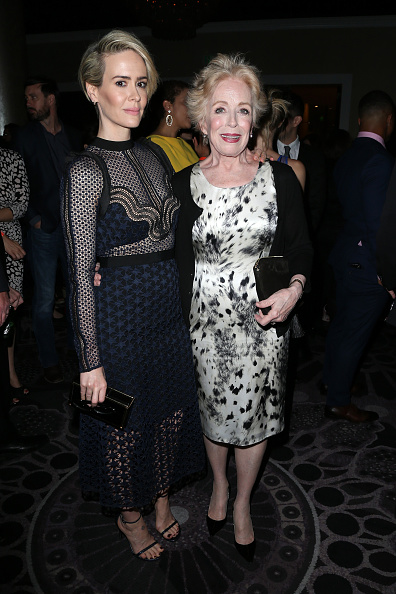 Check out Sarah Paulson every Wednesday on FX, as she stars in the latest nail-biting horror series, American Horror Story: Roanoke.