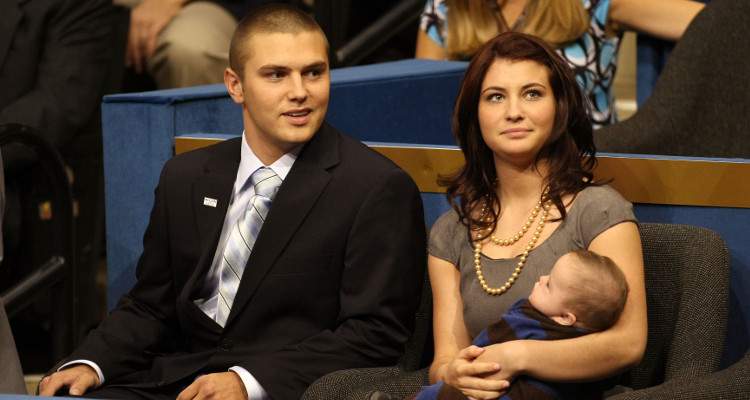 Former Alaska governor Sarah Palin’s son, Track Palin, was arrested for the third time in three years after he hit a female acquaintance. He has been charged with domestic violence less than a year after being accused of attacking his father, Todd Palin, at his parents’ home. If you want to know more about him, then take a look at our Track Palin wiki.

Who Is Track Palin?

He Is Sarah Palin’s Son

Sarah Palin is a 54-year-old politician, commentator, and a reality TV personality. She was the ninth Governor of Alaska from 2006 until 2009.

She is married to Todd Palin, an oil field production operator and a commercial fisherman. They got married on August 29, 1988 and have five kids together.

Track Palin’s sister, Bristol Palin, who is now known as Bristol Sheeran Marie Meyer, is a public speaker and reality TV personality. She was a part of the 2010 season of Dancing with the Stars and released a book, Not Afraid of Life: My Journey So Far.

Bristol is famous for her role in Teen Mom OG and has three kids. She has a son named Tripp Easton Mitchell Johnston-Palin with her ex-fiancé Levi Johnston. However, their engagement ended.

In June 2016, Bristol got married to Dakota Meyer. The couple has two kids together, Sailor Grace Palin and Atlee Bay. Unfortunately, their marriage didn’t work out and the couple got divorced on August 1, 2018.

The most perfect day ❤️

Palin’s other sister, 24-year-old Willow Palin, attended Penrose Academy. She recently got married to Ricky Bailey on September 29, 2018, a day after Track was arrested on domestic violence charges.

Track has one more sister, 17-year-old Piper Palin. He also has a 10-year-old brother, Trig Paxson Van, who has Down’s syndrome.

He served as an infantryman in the 25th Infantry Division’s Combat Team, the 1st Stryker Brigade unit (also known as the Artic Wolves). His duty was to mainly provide security for the deputy commanding officer while he was deployed.

Palin served one year in Iraq and entered into a therapeutic program intended to rehabilitate veterans.

In May 2011, Track Palin walked down the aisle with his high school sweetheart, Britta Hanson, a nursing student at the time. The couple tied the knot in Hatcher Pass, Alaska, with both of their families present at the ceremony.

At the time of their marriage, the Hanson and Palin families released a joint statement, which read, “Our families couldn’t be happier! These are two hard working, humble, active, studious young adults who grew up together. We’re tickled that after two decades of friendship we proudly witnessed their marriage, knowing their new life together will be blessed.”

The duo welcomed a daughter, Kyla Palin, after three months of marriage. However, their blissful union came to an end after 18 months, when the couple decided to end their marriage in 2012.

According to sources, they filed for divorce together in an Alaskan court. Hanson received physical custody of their daughter and Palin got his gun collection, which was estimated to be worth $1,000.

Both Palin and Hanson reportedly share legal custody of their kid. Their divorce was finalized in 2012.

Track Palin also has a kid with his former girlfriend, who he reportedly punched in 2016.

He Was Arrested Again for Domestic Violence

On September 28, 2018, Palin hit a woman who was allegedly his ex-girlfriend, after he told her that she couldn’t leave his house, according to sources. He resisted as authorities arrested and is currently in jail facing misdemeanor charges including assault, resisting arrest, and disorderly conduct.

Reportedly, the female alleged that Palin blocked the door when she tried to leave his house that day. Palin took her phone when she told him that she would call the authorities if he didn’t let her leave.

The woman said that she did make it to the driveway, but Palin jumped on top of her and repeatedly hit her in the head. He finally let go of her after she cried for help.

She had scratches on her arm and the back of her neck and head were red. But when the authorities arrived at Palin’s house, he told them that her injuries were self-inflicted.

Palin appeared in court on Saturday. The judge set a $500.00 unsecured bond with the condition of wearing a monitoring device if he was released.

Back in 2008, he was arrested after he was accused of breaking in to his parents’ house and hitting his father, Todd Palin.

Track Palin was arrested again in 2016 after he was accused of punching his then-girlfriend. He admitted to possessing a firearm while he was drunk and threatened to commit suicide with an AR-15 assault rifle.

After he was arrested, Sarah Palin said that Track Palin’s PTSD (post-traumatic stress disorder) might have been a factor for his behavior, as well as the President’s lack of respect for the country’s veterans.

She said, “So when my own son is going through what he goes through, coming back, I can certainly relate with other families who feel these ramifications of some PTSD and some of the woundedness that our soldiers do return with.”

Track Palin’s recent arrest could mean that he may get thrown out of the veteran rehabilitation program and serve jail time.

Watch this space for updates on Track Palin’s misdemeanor charges!