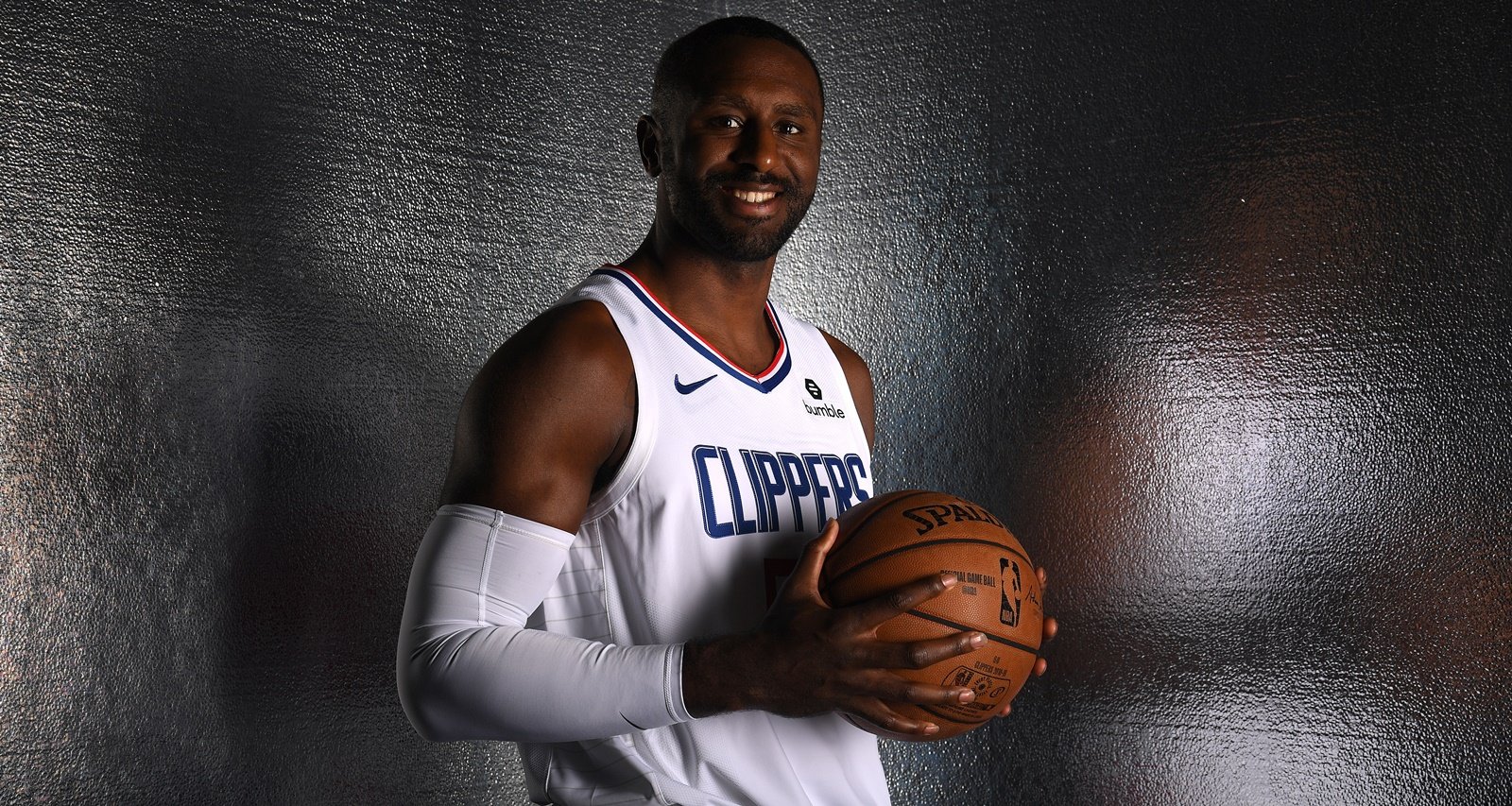 Patrick Patterson #54 of the LA Clippers poses for a photo during LA Clippers media day at Honey Training Center on September 29, 2019 in Playa Vista, California. (Photo by Harry How/Getty Images)

The Los Angeles Clippers’ Patrick Patterson’s newlywed bliss hit an obstacle when he courted controversy. While defending his wife, Sarah Nasser, Patterson made a disparaging remark seemingly about black women, which naturally didn’t sit well with many. The attention is now squarely on Mrs. Patterson. Who is Patrick Patterson’s wife? Our Sarah Nasser wiki has all the deets on this WAG.

Sarah Nasser Is from Canada

Sarah Nasser was born and raised in Mississauga, Ontario in Canada. Her family later moved to Aurora, Ontario, where her parents, Joe and Monica Nasser, still reside.

Sarah has two siblings: a brother, Michael, and sister, Emily. Michael Nasser graduated from the University of Windsor in Canada and has been working in sales and finance. Currently, he is the director of a digital currency investment firm in Toronto. Emily is an Instagram model, much like Sarah.

West Virginia native Patrick Patterson played for the Toronto Raptors from 2013 to 2017. He’s said that he met his now-wife while playing for the Raptors.

Nasser Is a Model and Owns a Swimwear Brand

Back in Toronto, Sarah Nasser was an esthetician specializing in lash extensions and facials. Her old Facebook activity indicates her salon, Duo Beauty, has been operational at least until early 2019. Sarah’s mother, Monica, is an eyelash specialist herself.

When Patrick Patterson’s then-girlfriend first appeared in the public consciousness, she attracted eyeballs as an Instagram model. Her Instagram pictures are enough to steam up your timeline.

Wouldn’t leave @carolinetusiuk until her lashes were perfect 😁 There is no tape under her left eye only because I was adding a few to her right at the very end of the session 🙌🏼😍 NEW YEARS PROMO ladies – 90$ full sets until January 31st!!!!

And this curvaceous beauty teamed up with another WAG, Daniela Rajic, to launch their own swimwear brand, Nude Swim. Nasser and Rajic met when Patterson and Rajic’s boyfriend, Paul George, were both playing for Oklahoma City Thunder. Their partners now play for the Clippers, and Nasser and Rajic’s partnership continues.

Nasser and Patterson Married in August 2019

It’s unclear how and when Patterson met the Toronto native. They took their relationship to the next level in February 2019, when Patterson popped the question.

After they got engaged and Nasser had a fun bridal shower with her mom and family in May, they tied the knot in August 2019. They later shared pictures and video highlights of their big day on social media.

Sarah + Patrick Patterson's Castle Wedding in Toronto https://t.co/K2G1VDUuDj via @YouTube
A highlight video of hands down the greatest day of my life. Thank you to family and friends that traveled to be a part of our special day. Lastly shoutout to Anthony Hamilton for singing.

The venue was a gothic mansion, Casa Loma, in Toronto. It was a mini Raptors reunion, with Patterson’s former teammates Kyle Lowry, Norman Powell, Terrence Ross, and Delon Wright in attendance.

While still on a wedding high, Patterson ended up engaging an Instagram user in the comments section, which led to him making what appeared to be a disparaging remark about black women.

A commenter insinuated in an old post that had it not been for his NBA career, Patterson wouldn’t have been married to a white woman. Patterson responded with: “True, if I never made it to the nba I would have never met her while playing for Toronto. but why’s it matter. love is love at the end of the day.”

But the matter didn’t end there. The Internet user said that Patterson dated black women in the past but waited until he was a wealthy pro athlete to date a white woman. Patterson clapped back at the comment, writing: “So I should settle for a bulldog and act like I’m happy with my life and preach ‘keep it in your race’ to the world as if Dr. King didn’t fight/die for equality, acceptance, all cultures loving one another, and no hate? “No thanks. That maybe your life but I don’t want that for mine or my family. Color doesn’t matter. Wake up.”

While he came to the defense of his wife, Instagram users weren’t for the “bulldog” comment that was seemingly directed towards black women. The post and the comment resurfaced this month and Patterson is facing a lot of heat for it.

My sincere apology to the individual and his family for the cruel comments we exchanged on that day long ago..

The posts in question have since been deleted. Patterson went on to post a lengthy apology claiming that he was triggered to respond to a cruel remark towards his wife in the same disgraceful manner. He also added that he was not “using [bulldog] as a reference to black women.”