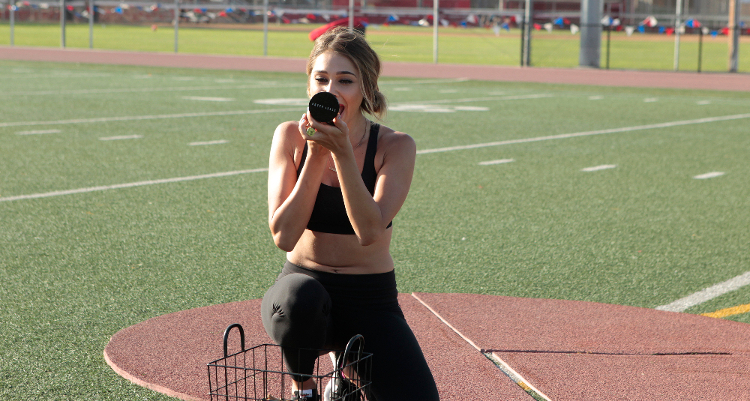 Out of the 30 contestants who were vying for Nick Viall’s heart, Sarah Vendal caught people’s eyes. Unfortunately, the 26-year-old beauty was eliminated in episode 5 of The Bachelor as the never-ending drama continued. Heads up! We have The Bachelor 2017 spoilers in this article. Sarah from The Bachelor and Astrid Loch were the two girls eliminated during last night’s (January 30) rose ceremony. As the episode progressed, we also said our goodbyes to Taylor Nolan, who was eliminated during her two-on-one date with Nick and Corinne Olympios. Keep reading for more details about Sarah Vendal.

She is a Grade School Teacher

Still two days away from the birthday, but there’s so much to celebrate! For example, how many sweet messages I got about this top. Wish I could say it’s super unique, but it’s from @express and I love it! Now, brb…there’s cake at my door!????

Sarah is a grade school teacher in Newport Beach, California. According to her profile on ABC’s Bachelor web site, before moving to California, Sarah lived in New York City “with three bucks, two bags, and one me.” The two outrageous things she has done are moving to New York City and going on The Bachelor.

Sarah’s LinkedIn profile reveals that she worked as a Talent Acquisition Specialist and a Technical Recruiter. Additionally, she received the Panhellenic President of the Year Award from the CSULB Panhellenic Council.

Though her net worth is not known, there is a chance that her appearance on The Bachelor has given her new opportunities, and a chance for her wealth to grow.

When asked about what animal she would like to be, Sarah answered a puppy or a bird. She is socially democratic, and economically republican. Her favorite flowers are white roses, because they are simple and romantic. Sarah has a penchant drama, and when asked about the fictional character she would want to be, she said, Carrie Bradshaw, Olivia Pope, or Meredith Grey —the three leading ladies of her favorite shows.

She Has a Star Named after Her

‘Twas a hella fun weekend with ya, #yaidiot and thank you for everything! Make good fashion choices please.

Most girls get chocolates, teddy bears, or jewelry as romantic gestures. But not Sarah Vendal! Her ex-boyfriend went the extra mile for the girl he loved. When asked about the most romantic gift she has ever received Sarah said a star was named after her and it was, “just like in A Walk to Remember because I hadn’t told him I liked that, he came up with it.”

The majority of this season’s contestants wore red dresses and heels when meeting Nick Viall. Sarah, on the other hand, chose to wear a pink dress with running shoes. She likes to come up with witty lines when approaching a guy, and when we first saw her on The Bachelor, Sarah told Nick that she was another “runner-up.” He liked the joke, saying, “As far as ‘runner-up’ jokes, that was pretty good.”

Although Sarah was a chirpy stunner on the show, her smile did not get through Nick’s heart, resulting in her elimination. Now that only 12 contestants are left, we are getting closer at finding out who won over Nick Viall. Considering she seems to get away with a lot, it is possible that Corinne will go far. What do you think? Will Corinne get her prize, or will Nick Viall choose someone else? Let us know in the comments section below. Don’t forget to keep on watching The Bachelor Mondays at 8:00 p.m. EST on ABC.