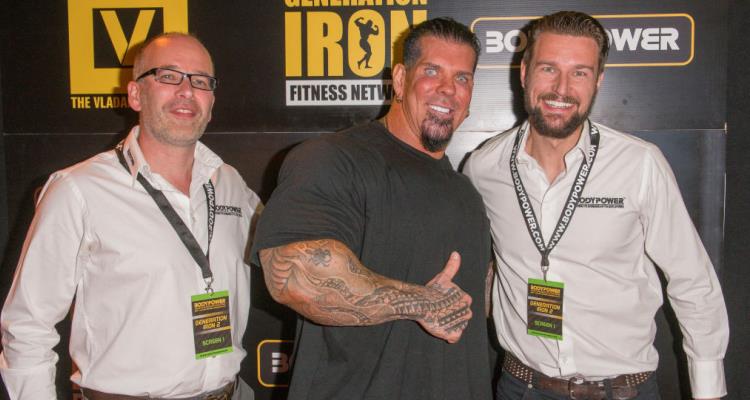 With Rich Piana dead, fans, friends, and family have been in shock during this difficult time. And many have become curious about Rich Piana’s ex-wife. She may be known commonly as Sara Piana but her given name is Sara Heimisdottir. For more details, have a look at our Sara Heimisdottir wiki.

Piana and Heimisdottir were married in April 2016, but were separated at the time of Piana’s death. At the time of her wedding, she took to Instagram to look back on her special day.

“The most breathtaking & happiest moment of my life: when I married the one & only love of my life, my best friend, my partner in crime, my other half, the most incredible person I’ve ever met @1dayumay !!!”

She continued: “Love you more than anything in this world baby & Miss you so much it hurts!???? Hate that I missed 2 last expos and the fact I couldn’t go with you but I WILL be at every expo from now on to meet all our amazing fans & so I won’t have to leave your side! Hate being without you babe it’s so empty at home. Can’t wait to have you back home handsome!! You’re my everything [sic].”

What Happened to Rich Piana and His Wife?

Fans have already heard Piana’s side of the story of his separation, but fans hadn’t heard from his wife at the time. In an Instagram post of the once-happy couple, Heimisdottir explained why they were no longer together after a short period of marriage.

“I’m sorry for my absence on social media,” she said. “As most of you are aware, it’s been a very difficult and personal time that required some time to reflect w/out social media. Since I’ve had some time away & I’m now on, I feel it’s time to address what’s been happening (as difficult as this may be for myself and for you all). I am super sad and heart broken to say that Rich and I have decided to take a break. We still have so much love for each other, and believe in one another whether together or separated…. But regardless, when you’re working as a team the goal is always to win & when you aren’t the best you can be as an individual you’ll never win as a team.”

The Death of Rich Piana

In a touching tribute on Instagram, Piana’s estranged wife posted her grief to his fans after learning about Piana’s death.

“I’m in tears writing this that @1dayumay has just passed away. I can barely believe this… I am so saddened & heartbroken that he didn’t make it. I just want to say THANK YOU Rich for teaching me so much about life, whether it was the easy or the hard way. We had our ups and downs but we sure had an awesome time in each other’s presence along with us fighting through some dark times together. You truly touched many people’s heart and helped so many!!!”

She added: “Not many people know that me and him are STILL legally married till this day despite all rumors. I have NOTHING to gain by saying that but want everyone to know the truth. I know that people say stuff on social media but I truly am not the “bad” person people think I am. I actually saved Rich’s life 1 time before, glad I was there for him at that time. [sic]”

She also went on to wish Chanel Jansen (Piana’s current girlfriend) well and sent her condolences for her loss, calling her an “angel.” There doesn’t seem to be any bad blood between the two, as Heimisdottir is currently dating pro bodybuilder, Chris Miller.