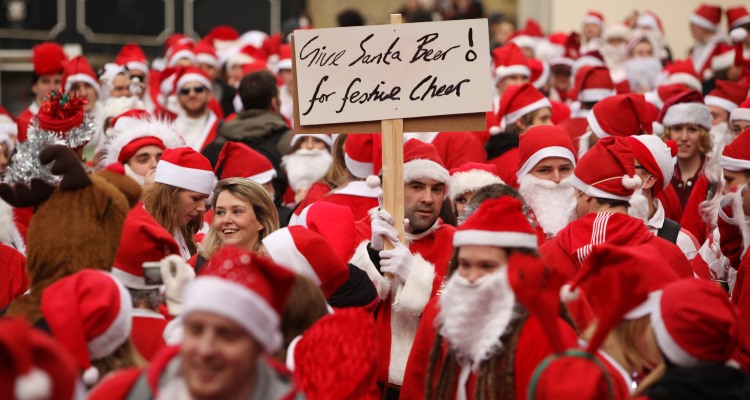 While Santacon 2016 is expected to be an exciting event for many, others are hoping to avoid the drunk Santa impersonators on the Santacon NYC route. The annual bar crawl begins December 10 at 10:00 a.m. at The Flatiron Building on 23rd street and Broadway at the Pedestrian Plaza. Along the Santacon route, rosy-cheeked citizens dressed in Santa Claus outfits will walk from Long Island and New Jersey to take over New York City’s busy streets for the day. Whether you’re planning to stay inside, barricade the doors, and binge watch Netflix, or participate in the day-long drinking adventure, here’s what you need to know.

If you’re hoping to avoid the intoxicated red and white clad strangers, get your coffee and run your errands before 10:00 a.m. Avoiding the subway, choosing bars that ban Santacon, and ordering take-out are more great ways to avoid the Santa army. 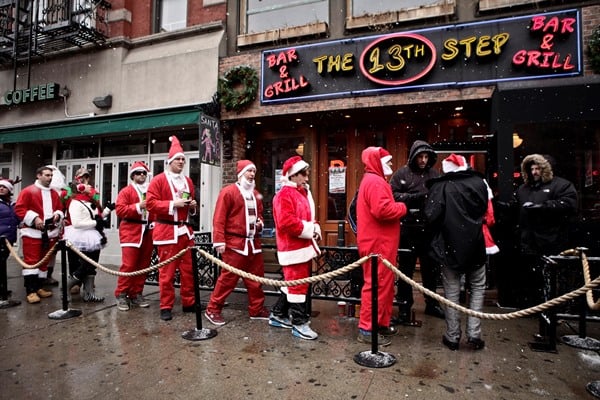 If you do plan to bar-hop your way through the city like the thousands of other Santas, the events will take place in Manhattan, and the festive activities will travel through Midtown, the Flatiron District, Gramercy, and the East Village. The complete Santacon schedule and official list of locations are available at Santacon NYC. This year, the route will consist of staggered zones, rather than a path-like style, so Santas can venture off on their own adventures. To stay updated, follow Santacon on Twitter, or text “FOLLOW SANTACON” to 40404 for updates on the route and the participating bars.

$10 donation get you access 2 the amazing Seven Spots of Santacon 2016! Donate now Santa: https://t.co/fdOiSvU2G0 & get those costumes ready pic.twitter.com/60z66Nr1ZM

The festivity is more than just an opportunity to indulge oneself, as written on the Santacon website. It says, “Santacon’s charity component is not just white-bearded lip service. Since 2012, the event raised over $200,000 for local charities including, City Harvest, The Ali Forney Center, Toys for Tots, The Food Bank for New York City, Dance Parade and Materials for the Arts to name just a few of our charitable causes. Santa’s elves worked hand-in-hand with these organizations to benefit those in need.” The site also strongly condemns “public drunkenness, urination, or rude behavior,” which are prohibited by rules of the event and discouraged by the participants. (Keep in mind, where there’s booze, there’s debauchery. So, there’s likely to be a few “naughty” Santas that decide not to follow the rules!)

Santa wannabes must donate a minimum of $10 to get a LED pendant, which allows access into the “Seven Spots of Santacon 2016”: Ainsworth Park, 230 Fifth Rooftop Bar, Slake, Madison Square Tavern, Webster Hall, Bar 13, and Solas. 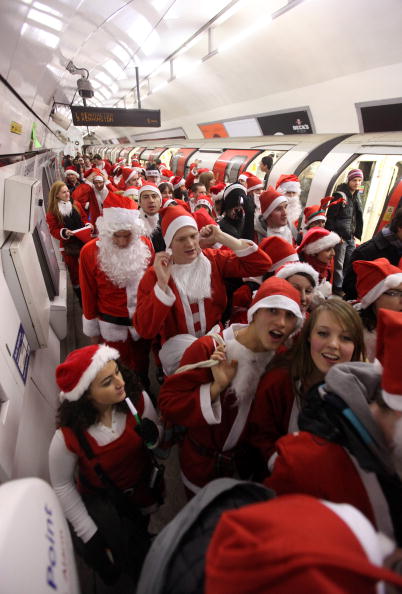