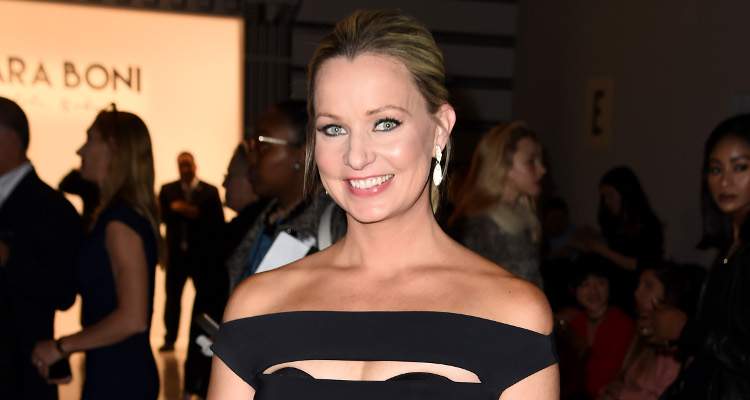 Sandra Smith is a stunning news reporter who is currently with Fox News Channel, where she hosts America’s Newsroom and Outnumbered. Sandra Smith’s Fox News run gave her the opportunity to moderate two GOP debates during the 2016 election. The fiery reporter is also a mother of two and a self-proclaimed homebody. Find out more in Sandra Smith’s wiki.

Sandra Smith was born on September 22, 1980, in Wheaton, Illinois. Her father was a floor trader at Chicago’s Mercantile Exchange, and her mother was a loving homemaker who fostered her six children’s lives. As per Sandra Smith’s wiki, she grew up in Illinois and graduated from Wheaton Warrenville South High School in 1998. After that, she attended Illinois State University in Bloomington-Normal for a brief period before transferring to Louisiana State University in Baton Rouge, where she studied business and minored in speech. Since both of her parents came from large families, Smith was always surrounded by her doting relatives and extended family members throughout her childhood.

The stunning reporter actually had her start as a research associate with Aegis Capital Group, where her daily tasks included analyzing retail stocks, and upcoming investment opportunities. She then took on a similar role at Hermitage Capital Management before eventually becoming the Director of Institutional Sales and Trading at Terra Nova Institutional in Chicago. It was her experience in U.S equity and trading that helped her land her very first break on-air for Bloomberg Television, where she covered breaking news and analysis of the equities and derivatives market.

In October 2017, Smith joined Fox News and is a regular reporter for America’s Newsroom and Outnumbered. When she first started on the network, she appeared on Don Imus’ show, Imus in the Morning, and was a regular guest on Fox Business Happy Hour as well as Red Eye w/ Greg Gutfeld. The highlight of her journalism career, though, was when she moderated two GOP debates alongside Trish Regan during the 2016 election, making them the first all-female team to moderate a presidential debate.

She Was a Runner

It is a little-known fact that Sandra Smith was a professional track star in her youth. While at Louisiana State, she ran the 1,500 and 3,000-meter, as well as 3,000-meter steeplechase during the outdoor season. She also bagged the All-DuPage Valley Conference honors and was an Illinois High School Association state qualifier for track. The beautiful reporter also earned three letters in cross country and two in track at Wheaton Warrenville South, where she was cross-country team captain as a senior. As evident from Sandra Smith’s hot pics, she maintains a sleek figure, much of which can be credited to her running days and overall interest in fitness.

Sandra Smith, age 37, believes in striking a balance between her personal and professional life. She is married to TV personality John Connolly. They dated for a few years before tying the knot in 2010. Sandra Smith’s husband is still in love with her even after all these years, and the feeling is mutual. They are known to share a very loving bond, and have two beautiful children: Cora Belle Connelly and John, age five and three respectively. Smith is close to her five siblings even though they are spread all over the country. She and her family live in a lavish New York home along with their German Shorthaired Pointer named Whiskey, whom they adore to bits.