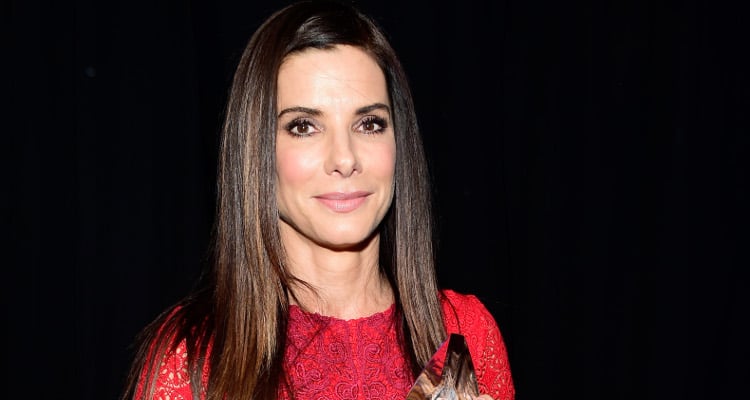 Sandra Bullock recently donated $1.0 million to help relief efforts for Hurricane Harvey. The celebrated actress has had plenty of success throughout her career, so it comes as no surprise that Sandra Bullock’s net worth is an estimated $200.0 million.

Celebrities like Jennifer Lopez, the Kardashians, DJ Khaled, Kevin Hart, and Sandra Bullock have donated funds to help those affected by Hurricane Harvey. Elizabeth Penniman, Vice President of Communications for American Red Cross national headquarters, made a heartfelt statement to show her appreciation of the donations made by celebrities, “This is an incredible gift. We’re so thankful. It’s times like this when we do receive such an incredible amount of support. Especially during times of disaster, people see what’s happening in Texas and our hearts all go out to them.” She further added, “Having someone like Sandra Bullock make this kind of commitment, it helps bring people together and open their hearts and be even more generous.”

The actress, who says she is happy to be able to help, has people wondering how much Sandra Bullock is worth. Find out how rich The Proposal actress is right here with a breakdown of Sandra Bullock’s net worth.

How Much Is Sandra Bullock Worth?

Bullock’s annual income is estimated to be around $23.5 million. She earns even more from various endorsements, which amount to approximately $5.2 million. Take a look at Sandra Bullock’s net worth in recent years below.

What a big ❤️#SandraBullock has announced that she is donating $1 million to the #HurricaneHarvey relief efforts. Can you ???? her any more?! ???? Follow @woizbuzzlin

Born on July 26, 1964, in Arlington, Virginia to John W. Bullock and Helga Mathilde Meyer, Sandra Bullock’s age is 53. Her father was a United States Army employee and a part-time voice coach. Her mother, who passed away in 2000, was a voice teacher and opera singer. Bullock has a younger sister, Gesine Bullock-Prado, who is an author, attorney, and a former film executive.

Bullock attended Washington-Lee High School, where she was a cheerleader and often participated in her school’s theater productions. Later, she attended East Carolina University, where she received a BFA in drama. While at East Carolina University, she appeared in several theater productions like Three Sisters and Peter Pan. To pursue her dream of acting, Bullock moved to Manhattan where she had several odd jobs as a cocktail waitress, coat checker, and a bartender to support herself while she auditioned for roles.

While living in New York, Bullock took up acting classes with Sanford Meisner, and had roles in several student films. She even got the opportunity to be in the Off-Broadway play No Time Flat. Director Alan J. Levi saw the play and was impressed by her performance, landing her roles in the TV film Bionic Showdown: The Six Million Dollar Man and the Bionic Woman. After this, Bullock acted and worked in several movies such as Speed, A Time to Kill, Practical Magic, Forces of Nature, 28 Days, Miss Congeniality, Two Weeks Notice, Crash, The Lake House, The Proposal, All about Steve, Gravity, and Minions. She will appear in the all-female remake, Ocean’s Eight, which will be released in 2018.

Once upon a time, Bullock was engaged to actor Tate Donovan, whom she met on the set of Love Potion No.9. However, their relationship ended three years later. She also dated Ryan Gosling, Matthew McConaughey, and Troy Aikman.

On July 16, 2005, Bullock married Monster Garage host Jesse James. However, their marriage came to an end in 2010 after it was revealed that James cheated on Bullock In 2010, he issued a public apology saying, “The vast majority of the allegations reported are untrue and unfounded. Beyond that, I will not dignify these private matters with any further public comment. There is only one person to blame for this whole situation, and that is me. It’s because of my poor judgment that I deserve everything bad that is coming my way.” He further added, “This has caused my wife and kids pain and embarrassment beyond comprehension and I am extremely saddened to have brought this on them. I am truly very sorry for the grief I have caused them. I hope one day they can find it in their hearts to forgive me.”

Bullock filed for divorce on April 23, 2010, and it was finalized in June 2010. While they were married, Bullock started the process of adopting a baby boy. After their divorce, she continued the process as a single mother. In December 2015, Bullock revealed that she adopted a baby girl named Laila. It was reported that Bullock has been dating Bryan Randall since 2015.