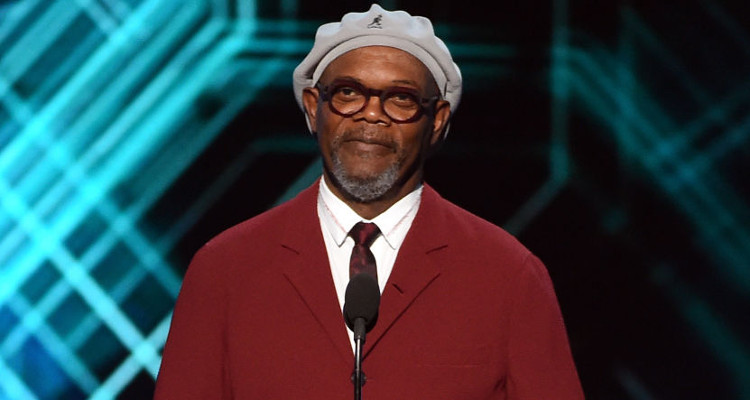 Jurassic Park and The Avengers star, Samuel L. Jackson’s net worth is an estimated $200.0 million! And if you think the famous actor is slowing down anytime soon, you’re wrong! The 68-year-old has a lot on his plate right now, with eight upcoming projects expected to be released in the next two years. If you want to know more about Samuel L. Jackson’s net worth in 2017, then keep reading.

How Rich is Samuel L. Jackson?

Samuel L. Jackson’s net worth is approximately $200.0 million, thanks to his incredible 45 years as an actor. His family is highly involved in several philanthropic efforts, and have donated millions of dollars to support various causes related to education, Alzheimer’s disease, as well as equal rights and employment.

Throughout his career, Jackson was nominated for and received numerous awards for his terrific work in Hollywood. He won a BAFTA for his work in Pulp Fiction; two Independent Spirit Awards; one MTV Movie Award; four Image Awards; and multiple Film Critic Society Awards. He was also nominated for an Academy Award, and three Golden Globes.

Other than his acting, Jackson also makes a good amount of money through endorsements and sponsorships. Samuel L. Jackson’s annual salary is an estimated $20.0 million, with about $4.4 million in endorsement deals alone.

Also Read: Robin Thicke’s Net Worth in 2017: Will He Name His Second Child after His Father?

Samuel Leroy Jackson was born on December 21, 1948, in Washington, D.C. to Elizabeth and Roy Henry Jackson. He is the couple’s only son and spent most of his childhood in Chattanooga, Tennessee. Jackson had a difficult time growing up, as his father lived in Kansas City, Missouri. Jackson only saw his father twice before Roy died from alcoholism.

He was raised by his mother, who was a factory worker and later became a supplies buyer for a mental institution. After attending several schools, Jackson graduated from Riverside High School in Chattanooga. Jackson knew in college that he wanted to be an actor. In 1972, he graduated from Morehouse College in Atlanta. Before graduating, he co-founded the “Just Us Theatre.”

Also Read: Emma Stone’s Net Worth in 2017: How Rich is the Highest Paid Actress?

Growing up, he had a stutter, and said that he studied hard as his “revenge” against the kids who bullied him. Jackson worked to overcome his speech impediment by “pretending to be other people who didn’t stutter.” However, there are still days where it returns.  Talking about his stutter, Jackson said, “Growing up a stuttering black kid in Tennessee in the fifties didn’t quite make me think I was going to end up in a place like this.”  He further added, “I was the other day on the set of Captain America, and they said ‘Action!’ and I said, ‘G-g-g-et …’ It was a G day. So I have my days. I have G days, I have P days, I have B days, I have S days, and I’m still stuttering. But I figured out a way to do it. And some days, the best thing for me to do is say my favorite word, and I get through it: ‘M**********r!'”

Join us to #give100 and support @perfectworldfdn You can #give100 here: www.iapw.org/give100tee

Jackson met sports channel producer and actress LaTanya Richardson while studying at Morehouse College. After dating for a few years, Jackson and Richardson walked down the aisle in 1980. When talking about his wife, Jackson said, “She always says to me that I have now grown into the man that she always knew I could be.”

The two have a daughter, Zoe, who was born in 1982, and her doting father still has plenty of good things to say about her. “Our daughter, Zoe, 27, is like us in that she has a strong will, work ethic and sense of self. She works as a producer for a sports channel,” explained Jackson.

Hold on to your butts! Coming March 10th: #kongisking @kongskullislandmovie

Throughout his career, Jackson appeared in a number of films such as: Together for Days, Ragtime, Strictly Business, Jungle Fever, White Sand, Jurassic Park, Pulp Fiction, Out of Sight, Deep Blue Sea, Rules of Engagement, Unbreakable, Changing Lanes, The Incredibles, Snakes on a Plane, Jumper, Iron Man, Thor, The Avengers, Captain America: The Winter Soldier, The Legend of Tarzan, and Kong: Skull Island. His upcoming movies include Unicorn Store, Life Itself, The Incredibles 2, and Glass, among others. Besides films, Jackson has also worked in television shows like Ghostwriter, The Boondocks, and Agents of S.H.I.E.L.D.

Flew into The Apple with @lewishamilton tonight. Brotha’s about start another Championship Formula One run!!

Jackson and his wife live in an electric San Fernando Valley House, which is estimated to be worth around $8.35 million. The house has a lavish library and a spa. The actor also has a luxurious New York City home, valued at $4.35 million. Jackson drives around town in a Maybach 57 S, which is valued at $366,000.

During the 2008 presidential campaign, Jackson campaigned for Obama saying, “Barack Obama represents everything I was told I could be growing up. I am a child of segregation. When I grew up and people told me I could be president, I knew it was a lie. But now we have a representative… the American Dream is a reality. Anyone can grow up to be a president.” In a later interview, he said that Obama had his support because “he was black. That’s why other folks vote for other people – because they look like them. That’s American politics, pure and simple. [Obama’s] message didn’t mean s**t to me. In the end, he’s a politician. I just hoped he would do some of what he said he was gonna do.”