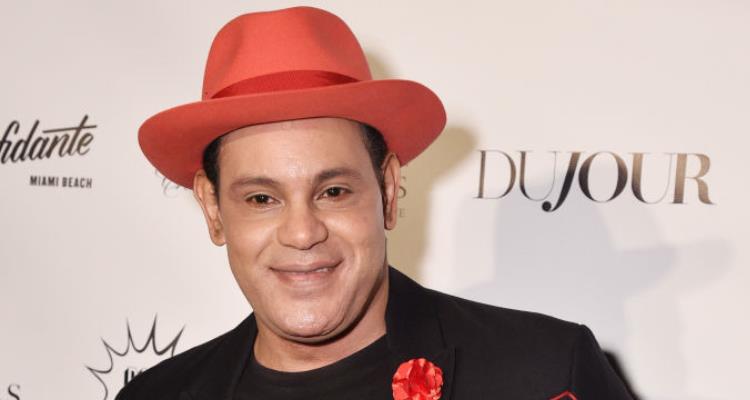 What happened to Sammy Sosa? When he dressed up as a cowboy for a themed party, fans began comparing him to a “white cowboy,” as many believe he has been bleaching his skin. If you want to know about Sammy Sosa’s skin change and more about the recent hoedown he was spotted at, keep reading!

A photograph surfaced online from Sammy Sosa’s wife Sonia’s Wild West birthday party over the weekend and fans went berserk! The images show the baseball player wearing a red Stetson and an embroidered shirt, looking like a true cowboy. While fans are going crazy over his outfit, that wasn’t the only reason for their outbursts.

By observing the photos, many fans are being reminded of the former athlete’s physical transformation. Sammy Sosa’s white appearance is reportedly a result of skin bleaching. A fan posted a Sammy Sosa before and now picture (showing what he looked like when he played for the Chicago Cubs), alongside the new country-themed picture. The image was captioned: “She got a light skinned friend look like Sammy Sosa, got a dark skinned friend look like Sammy Sosa,” referencing a Kanye West song.

Sosa’s lighter skin has been fuel for many online commenters to make jokes, while others are genuinely concerned for his well-being. Many fans are focusing on how over-the-top his outfit looks, joking that perhaps he would soon release a country album! One Twitter user compared his outfit to Jesse from the children’s animated movie, Toy Story!

Sammy Sosa is turning into Jessie from Toy Story and he looks happy so back off pic.twitter.com/l5oZSLbc2n

Pictures you see of Sammy Sosa aren’t always authentic. That’s because, according to sources like Newsweek, he’s had his skin bleached! When Sosa first stepped on the baseball field as a new member of the Texas Rangers, he was a brown-skinned boy. In 1989, the Dominican Republic native was in his early 20s when he moved to the United States to play rookie baseball. Little did he know that his career would lead him to become one of the most renowned Major League Baseball players of all time. But now, despite all his achievements as a baseball player, he is being recognized for his bleached skin.

Sosa’s skin color has become noticeably lighter over the last eight years. Fans first began question his complexion in 2009, but recent interviews and appearances have shown him to have a completely white complexion! Fans are still speculating as to what he has done to change his skin color. Some thought the change in his skin tone was caused by an illness or steroid use, but he addressed the matter on television in 2009 saying his lighter complexion was the result of the skin bleaching cream.

Does Sammy Sosa Bleach His Skin?

He appeared on Univision’s Primer Impacto saying, “It’s a bleaching cream that I apply before going to bed and whitens my skin tone. It’s a cream that I have, that I use to soften [my skin], but has bleached me some. I’m not a racist, I live my life happily. What happened was that I had been using the cream for a long time and that, combined with the bright TV lights, made my face look whiter than it really is.”