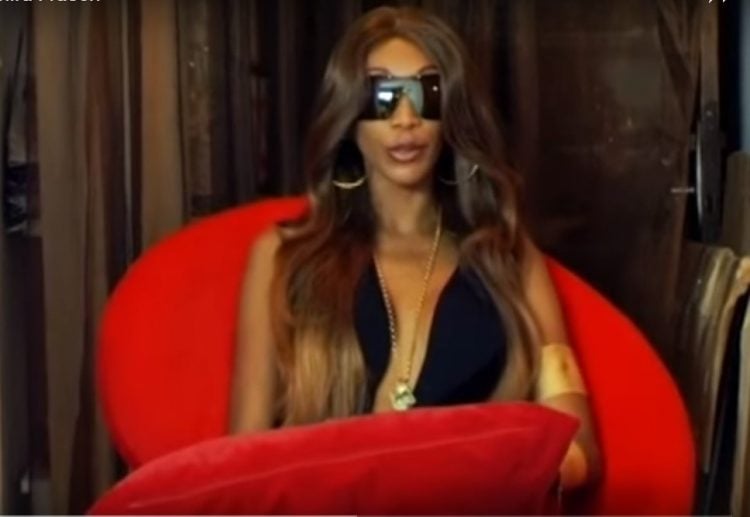 Not much is known about Samira Frasch’s life before she met and got married to a wealthy doctor named Adam Frasch, who lived in Tallahassee, Florida, in his big mansion. She was a glamorous model in Paris, France, and had a whirlwind romance with Frasch before marrying him and settling down in Tallahassee. However, her marriage turned sour when she found proof of her husband’s infidelities and confronted him. Adam Frasch allegedly beat and killed her by pushing her unconscious body into their swimming pool. She left behind two young daughters.

It is a murder case that has fascinated people from the time the news of it broke out from that fateful day on February 22, 2014. The alleged murder of Samira Frasch, the wife of a wealthy doctor, Adam Frasch, had grabbed headlines in Tallahassee, Florida, when her dead body was discovered at the bottom of the swimming pool at their posh Golden Eagle home. Her husband, Adam Frasch, was arrested and accused of the murder of his glamorous wife although he denied the charges.

Now, public interest in Samira Frasch’s alleged murder has picked up again after the telecast of NBC’s “Dateline” premiere of a two-hour special titled, “At the Bottom of the Pool” at 9:00 p.m. on Friday, October 13, 2017.

She was a force of nature… #Dateline #Tonight #NineEightCentral #AllNew #AtTheBottomOfThePool

According to the autopsy report, Samira Frasch had died of drowning and blunt force head trauma. After a lengthy and torturous trial, her husband, Adam Frasch, was declared guilty of first-degree murder by a six-member jury on January 26, 2017.

The Samira Frasch murder evoked interest across the country, and the case was followed by the media and the general public keenly. Here are a few details from Samira Frasch’s wiki.

Born on December 12, 1975, in Madagascar, to her parents Razafisoa Zafy and Madiolaza Mbotizafy, Samira Frasch was a citizen of France before moving to the United States.

Samira Frasch was a retired supermodel who loved music and singing, as well as traveling all over the world. Being a model, she admired fashion and design and spoke five languages.

Adam Frasch met the supermodel in the summer of 2006 during Fashion Week in Paris, France. He was besotted with her, and the two roamed all over Paris, happy and thrilled in each other’s company.

However, there was a big problem as Frasch was still married to his second wife, Tracey Ellinor. So, Samira and Adam Frasch carried on a long-distance relationship while he fought with Ellinor to get a divorce.

Adam and Samira Frasch got married in Las Vegas, Nevada, in 2009. After getting her overseas affairs in order, Samira Frasch moved to Tallahassee in the spring of 2010.

However, their marriage turned sour because of Adam Frasch’s constant infidelities involving other women, some of whom became his girlfriends. His wife found about it, and the couple fought regularly.

When Frasch did not stop cheating on his wife despite her objections, she decided to file for divorce. By this time, they had already started a family, but he would just not stop having affairs.

How bless am I to have my two beautiful princesses.

Adam Frasch also used to help his girlfriends’ financially. Money was not a problem for this successful and wealthy podiatrist who lived in a $1.0 million home replete with several luxury vehicles, enjoying the company of many women.

The prosecutors argued that Samira Frasch and Adam Frasch fought bitterly over his latest infidelity, which came to light thanks to a sex tape featuring her husband and one of his girlfriends. Frasch allegedly hit his wife on the head with a hard instrument and pushed her unconscious body into the swimming pool. He then covered up the crime scene and made it look that she drowned in the swimming pool as she had had too much to drink the night before and did not know how to swim.

Adam Frasch pleaded innocence and claimed that his wife had been drinking heavily the night before, and even suggested that the maintenance man who discovered Samira’s body on February 22 could have been responsible.

Although there were some areas in the case where there wasn’t 100% clarity, the jury took only 90 minutes to decide his fate three years ago in 2014. They ruled that Adam Frasch had brutally beaten his wife and killed her by pushing her unconscious body in their swimming pool.

Paying with Her Life

Adam Frasch received a guilty verdict and was sentenced to life in prison. His lavish life of women, cars, cash, and infidelities was over.

Now, NBC’s special has evoked curiosity on this fascinating saga involving Samira Frasch, a glamorous woman who just got tired with her husband’s constant straying and decided to leave him for good. May she rest in peace.