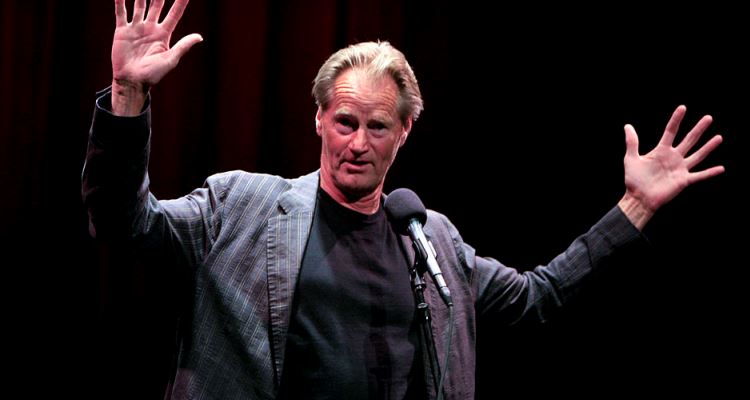 Actor and Pulitzer-winning playwright, Sam Shepard has died at 73 years old, and now his beloved fans want to know more about Sam Shepard’s cause of death. So, if you’re looking to learn more about one of Off-Broadways greatest playwrights, then take a look at our Sam Shepard wiki!

Sam Shepard’s Cause of Death

While the exact details of his death are unknown at this time, a representative of the family said that Shepard died peacefully at his Kentucky home on July 30, after complications of amyotrophic lateral sclerosis (ALS), also known as Lou Gehrig’s disease.

Sam Shepard, born on November 5, 1943, was known for writing 44 plays, including his Pulitzer Prize-winning drama, Buried Child, in 1979. Not only was he a playwright, many of his generation were familiar with Sam Shepard, the actor and became fans of Sam Shepard movies. He was known for showcasing the darker sides of the American family with Curse of the Starving Class and A Lie of the Mind. Sam Shepard’s net worth was estimated to be $10.0 million before he passed away.

He got his start in 1978, acting as the land baron in Terrence Malick’s Days of Heaven and he also met Lange in the film Frances. He was also featured in films like Steel Magnolias, The Pelican Brief, Raggedy Man, Swordfish, The Notebook and Blackhawk Down.

He was a Busboy

It’s not unusual for actors to start out in the hospitality industry until they get their big break, so it’s no surprise that Shepard used to work as a busboy in New York City.

“Yeah. I was a busboy,” he told Interview magazine. “I also worked uptown, at the Oak Room. One of the great piano players, Mary Lou Williams, played at the horseshoe bar. It was Duke Ellington’s favorite place for dinner. He’d come in every night with his entourage and his family and sit down in this huge booth. I remember bussing his table many nights. Sir Duke. [laughs] It was kind of awesome.”

He was Part of Theatre Genesis

Theatre Genesis is an Off-Off Broadway theatre company and Shepard had part to play in their work.

“That was when I was working at the Village Gate,” he told Interview. “The headwaiter there was Ralph Cook, who had started Theatre Genesis at St. Mark’s Church [In-the-Bowery]. A lot of the waiters there—Kevin O’Connor, Robbie Lyons, and a bunch of guys that I worked with at that time—were actors, and all of those guys became involved in my plays after Ralph discovered that I was writing some dialogues. In fact, Genesis was the first place to ever put on one of my plays. Simultaneously, The Poetry Project with Anne Waldman was happening downstairs—William Burroughs was reading down there—and we were doing plays upstairs. St. Mark’s was a happening spot.”

Rest peacefully, Sam Shepard. Hollywood will remember you as one of the greats.