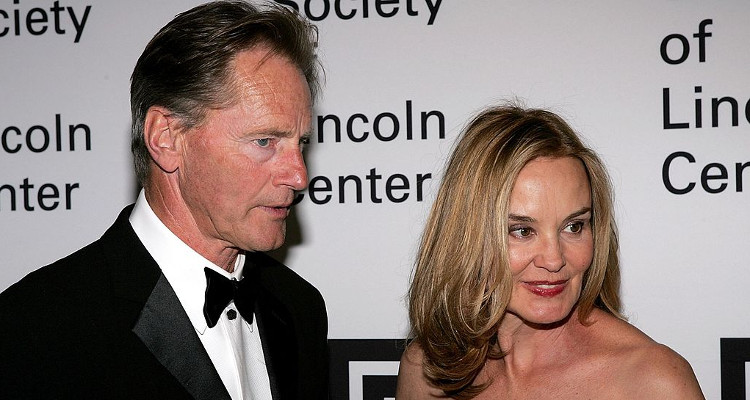 With the death of actor and playwright Sam Shepard, Hollywood has lost one of its most charismatic and talented members. For his ex-girlfriend, Jessica Lange the loss is even greater. She lost the man who was her partner for almost three of the most important decades of her life. Despite their split in 2009, they had the best of things to say about each other.

Was Sam Shepard married to Jessica Lange? No, Sam Shepard and Jessica Lange were never married but were in a relationship from 1982 to 2009. They had two children from their union and lived together as a family. They didn’t start out to break convention deliberately. It just turned out that way. They were one of Hollywood’s most loved and long-standing couples who were absolutely made for each other. They first met on the set of the film Frances and Lange soon became Sam Shepard’s girlfriend. Even though Shepard and Lange were public figures, they kept quiet about their personal life. They went about their lives with dignity and respect for each other and their relationship.

Shortly before Shepard died of complications arising from amyotrophic lateral sclerosis, Lange spoke about the actor and playwright in an interview. When asked to describe Shepard, Lange said: “I wouldn’t call Sammy easygoing and funny, but everybody has their dark side, and he always does it with a sense of humor.” Shepard also spoke about their passionate yet tumultuous relationship in 2010 to The Guardian saying, “I mean, we had long periods of relative calm. But then you know…We’re definitely an incredible match. But, you know, not without fireworks…although at this point, you know, she’s the only woman I could live with. Who could live with me! What other woman would put up with me?”

They Worked it Out

Looking forward to seeing whats next for Jessica! #jessicalange

Though they had their differences, Shepard and Lange managed to talk and work through their problems. Shepard said the nicest of things about Lange in the same interview, “I’d never met anybody like her. She was astounding. One of the great things about her, aside from her natural beauty, which was remarkable, was her humbleness.” So why did Sam Shepard and Jessica Lange split up? Though the couple never spoke specifically about the reasons behind their breakup, it is assumed that it was a clash of their personalities that led them to part ways. By their own admission, both had been pretty wild in the initial years of their relationship—drinking, fighting, and screaming— which came to a natural end for both of them.

The Curse of His Father

However, toward the later years of their relationship, Lange wanted to spend more time at home with their family while Shepard could not stop the restlessness that had caught hold of him in his younger, wilder days. On top of that, Shepard started drinking heavily, a legacy from his violent, alcoholic, abusive father. His relationship with Lange was unable to take this strain and they quietly split in 2009 though they publicly announced it only in 2011. The couple had two children together: A son, Samuel Walker Shepard, and a daughter, Hannah Jane Shepard.

End of an Era

Sam Shepard and Jessica Lange’s relationship was like a roller coaster ride for the couple and a topic of discussion for the media. Lange once spoke about Shepard to Vanity Fair saying, “He’s a great man, a natural man, which is rare. I’ve been with a lot of men, and I’ve known a lot of men…none compare to Sam in terms of maleness.” In turn, Shepard called Lange “astounding.” Now with Shepard’s passing, Hollywood, and his family, says goodbye to one of its most loved and respected members.