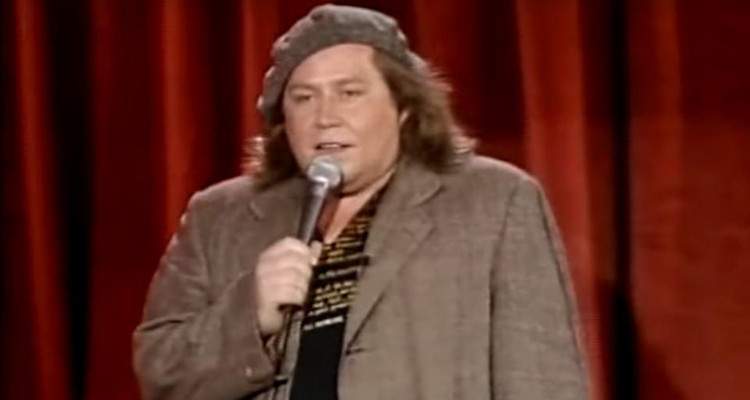 I am Sam Kinison, which premiered on Spike TV last night (December 19), followed the controversial life of the late comedian, Sam Kinison. In the accident that took Kinison’s life, his wife survived. But, where is Malika Kinison today? Keep reading to know more about Sam Kinison’s wife in Malika Kinison’s wiki right here.

Sam Kinison was a preacher who turned to stand-up comedy after his divorce from his first wife, Patricia Adkins. His two marriages with Adkins and Terry Marze formed the basis of his material crass and harsh comedy with his trademark scream.

His then-girlfriend, Malika Souiri, was a dancer and part of his act. Their relationship began towards the end of his marriage with Marze. Kinison’s close circle of friends didn’t have a high opinion of Souiri or her sister, Sabrina Souiri.

Christy LaBove, Sam Kinison’s then-personal assistant, didn’t get along with Malika Souiri and said, “A light-headed, fluffy girl whose last job was like, dancing topless. He likes them not to have much at stake so he can completely consume them with thing he wants to do, because they’re well kept. [sic]”

Christy LaBove was married to Carl LaBove, Kinison’s friend and fellow comedian. Years after his death, it was revealed that Kinison was the father of LaBove’s daughter, exempting Carl LaBove from unpaid child support penalties.

Malika Souiri later worked as an actress in movies like Searching for Bobby D, The Arrogant, and The Dangerous.

She Was Sexually Assaulted

Sam Kinison was a recovering alcoholic and had been sober for 88 days in 1990 before he decided to drink again. An enraged Souiri, then 25, left a drunk Kinison and returned to their L.A. home early next morning.

Seeing the comedian passed out in the guest room, “I started crying and yelling at him,” said Souiri. When she returned to her room, a six-foot-four tall and bulky man entered. He was 22-year-old Unway Carter, whom Kinison reportedly hired as a bodyguard the night before.

Souiri didn’t know him, and Kinison hadn’t checked Carter’s credentials before hiring him on the spot at a nightclub. If he did, Kinison would’ve known that he was once accused of rape.

According to Souri, Carter groped her under the pretext of comforting her. She tried to resist but was physically no match for him.

“I felt paralyzed, so I stopped struggling. I thought, ‘If I don’t let him do it, he’ll kill me,’” said Souiri.

Souiri alleged that Carter raped her five times before she slipped off to the bathroom. From there, she escaped into the adjoining room, got a gun kept near the bed, and fired shots through the bathroom door hoping to hit Carter. She then escaped through the bedroom’s balcony and ran to a neighbor’s house for help. Kinison was asleep throughout the assault and gunshots.

Carter was charged with rape but pleaded not guilty, claiming it was consensual. The trial resulted in a hung jury before the charges were ultimately dropped.

She Was with Him When He Died

After her alleged sexual assault, Souiri was staying at her mother’s while Kinison continued his hard-partying lifestyle. His behavior after the incident and his lack of comment was met by backlash from protesters. It was later reported that Souiri was back together with Kinison and he gave up drinking.

In April 1992, they tied the knot in Las Vegas and jetted off to Hawaii for their honeymoon. After six days of being married, they returned so Kinison could make it to his Laughlin, Nevada show.

On the way to the venue, Kinison and his newlywed wife were involved in a head-on collision with another vehicle. The other driver was a drunk 17-year-old.

The comedian’s staff, who were following the couple in another vehicle, claimed he didn’t look seriously injured. But minutes later, he stopped breathing, and efforts to resuscitate didn’t work.

Kinison, then 38, died of his internal injuries while his wife was critically injured. She was taken to the closest hospital. It was revealed she suffered a concussion but survived the accident.

Malika Kinison sued her husband’s brother, Bill Kinison, 17 years after his death. She claimed that he forged the comedian’s will and took the lion’s share of Kinison’s estate. She previously sued him for defaming her in the book he published on Sam Kinison’s life.