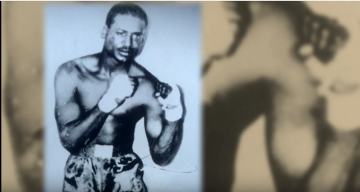 If you are an avid viewer of Spike TV’s Bar Rescue, you might have seen the episode filmed in San Francisco. Jon Taffer gave a makeover to Sam Jordan’s Bar & Grill, a local bar of historical importance.

It’s always exciting to see how the Gordon Ramsay of bars, Jon Taffer, will transform a struggling local bar. A few months ago, we saw Taffer tackle Sam Jordan’s Bar & Grill, a local historical bar in San Francisco’s Bayview area. Taffer worked his magic on this down-in-the-dumps bar, and now it’s on its way to becoming a thriving business. The bar actually has quite a bit of history behind its owner. Who is Sam Jordan of Sam Jordan’s Bar & Grill? Here’s what you need to know in our Sam Jordan wiki.

Who was Sam Jordan?

Sam Jordan was not always a restaurateur, he was actually a professional boxer! He was San Francisco’s light-heavyweight boxing champion and won the San Francisco Golden Gloves Diamond Belt in 1948. He was also called “Singing Sam” because he often serenaded the crowds who came to see him fight in the ring. Given his sporting achievements, we wonder how high his net worth would be.

After his boxing career ended, Jordan started the eponymous bar, barbecue joint, and nightclub in 1959. At that time, Bayview was known as Butchertown for the presence of numerous slaughterhouses and meat-packing industries. It was the first bar in the city started by an African-American. So, you can guess the historic significance.

He named the bar after himself because he was famous throughout San Francisco as a boxing legend, and he had strong ties within the community. Besides locals, a thriving shipbuilding industry during World War II created a large influx of customers to the bar.

Also Read: David Letterman Now: What has the King of Comedy Been Doing Lately?

He Ran for Mayor

After a successful boxing career and running a popular bar in San Francisco’s Bayview area, Jordan set his sights on the highest political office of the city. He ran for mayor in 1963 —San Francisco’s first African-American to do so. Reports claim that FBI tried to “undermine” his election campaign, falsely claiming that communists had infiltrated his campaign.

Jordan ran on the Freedom Now ticket. Not to be confused with the Washington-based non-profit founded in 2008, Freedom Now was a movement fighting for civil rights of the black community in the ’60s. He came in third among the eight candidates, as former AFL-CIO member Jack Shelley won.

Most people in the Bayview area visit Jordan’s bar, some being regular patrons of the place. Over time, it became the cornerstone of the Bayview community life. Big Mama Thornton and Sugar Pie DeSanto, an award-winning Bay Area blues singer, performed at Sam Jordan’s Tavern, as it was called when Jordan started it.

On it’s 54th anniversary, Sam’s Bar & Grill was officially designated a San Francisco historic landmark. Some believe it was long overdue. The building itself was constructed in 1883, along with other structures in the area. The patrons of the bar believe it honored Jordan’s legacy and gave due recognition to an African-American organization.

His Children Run the Bar

San Jordan passed away in 2003. His age at the time of his death is not known. Though we don’t know about his wife, he is survived by his children, Allen and Ruth. Allen is the head chef and oversees the backyard grill, where he barbecues seafood and chicken. His sister prepares sides like macaroni and cheese, potato salad, and greens in the kitchen.

The episode “Gettin’ Jigger With It” on Bar Rescue followed Sam’s sorry state of affairs under Allen and Ruth Jordan. The show dramatically revealed that the bar was $50,000 in debt and the Jordan siblings constantly bicker. They divided the historical watering hole into two businesses, separating revenues from the bar and kitchen, which Jon Taffer noted wasn’t good for business.

Taffer bridged the gap between Allen and Ruth and helped restore their father’s bar by renovating the interior and exterior. The new Sam’s is complete with commemorative photos of the bar’s history; an upgraded sound system; and three point-of-sale stations connected to both the kitchen and bar, linking revenue for the two establishments and allowing customers to order everything at the bar. The show also helped create a new menu for Sam Jordan’s Bar & Grill, which has since been working well for them. Well, it seems John Taffer has done it again, breathing new life into old establishments, and re-establishing the connection between the people who run it.