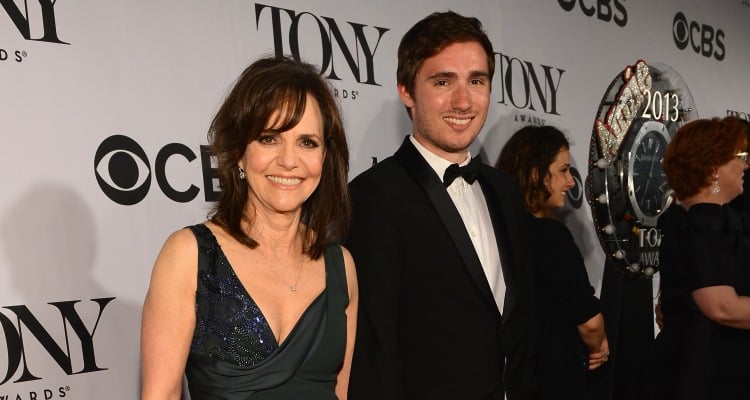 Sally Field’s son is lucky to have her for a mother, because she may have just made his dreams come true over the weekend. The Oscar winner’s son has always wanted to meet U.S. Olympic skater, Adam Rippon—and last weekend, it actually happened!

Who is Sam Greisman? With all this media attention, people have been asking about him and the story behind his meeting the Olympic skater. If you want to learn more, then have a look at our Sam Greisman wiki.

Who Is Sam Greisman?

Film director Samuel Greisman (age 30) was born on December 2, 1987. He is the son of actress Sally Field, from her second marriage to producer Alan Greisman. The marriage lasted form 1984 to 1993 and he’s their only child. He has two older brothers, Peter and Eli Craig, from his mother’s first marriage to her high school sweetheart, Steven Craig. They were married in 1968 and divorced in 1975. Sam also has two nephews named Noah and Colin Craig.

If you want a closer look at Field’s son, then you need to check out his Instagram account, samg1287. If you look through some of the photos, you will notice that Greisman graduated from New York’s Columbia University’s School of the Arts film program! (Smart and cute!) He also has a dog named Henny, and according to the top of the account, it looks like his work is based both in New York City and Los Angeles.

Is Sam Greisman gay? The short answer: Yes, he is. Greisman, who some are calling “America’s gay sweetheart,” is single and made headlines when a text between him and his famous mother was made public. In the text, Sally Field wanted to hook her single son up with the openly gay Olympic figure skater.

According to Time magazine, the two were text bantering about Greisman’s crush on a certain Olympic figure skater, to which his mother replied; “Sam… he’s insanely pretty. Find a way..” The text exchange was later posted on Twitter by Field, who even tagged Adam Rippon!

For those who don’t believe that dreams come true, what happened next is just for you. (Didn’t mean to rhyme, but we’ll just go with it). Greisman finally met his Olympic crush at the 2018 Human Rights Campaign in Los Angeles on Saturday! That’s right, the pair managed to have a chance (almost destined) encounter and took a picture for the world to see—and, more importantly, for “Mom” to see!

Are the two partners in crime while rewatching Mean Girls together? Not just yet, especially since they just met officially over the weekend. There’s no word of them going on a date yet (though we are keeping a close eye) and the truth is, not all gay men are instantly compatible! Shocking, right? They could easily just end up being friends but we have no problem shipping their potential relationship. Field has been an outspoken and proud mother of her gay son. She’s even opened up to to Oprah Winfrey about her son in the past.

“It’s important to have a parent speak about raising a magnificent, proud, intelligent, funny, lovable, sexy, gay son. And there are so many parents who are frightened of that and who don’t embrace their children as the struggle to . . . embrace who they are, what nature intended them to be.”

Fields also said that her older sons had to hold her back, “fiercely insisting” that she let their brother find his way, without her defining it for him. If Rippon does join this family, he would have the best mother-in law ever!