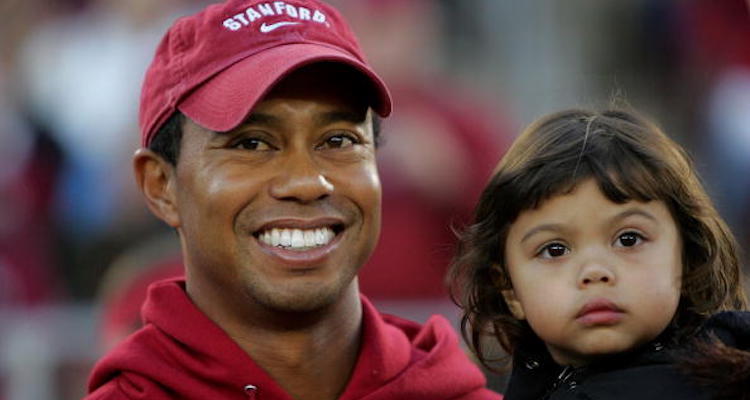 Once again, famed golfer Tiger Woods is making headlines for his DUI charge and many are curious to know about his family. People are wondering about Tiger Woods’ daughter now, including Sam Alexis Woods’ pics, and how she has been affected by her father being in the news. For more information on her, take a look at our Sam Alexis Woods wiki, right here.

Tiger Woods’ daughter with ex-wife Elin Nordegren, was born on June 18, 2007 and she is 9 years old. She is the eldest child of the former couple, whose son, Charlie Axel Woods, is 8 years old.

Woods finished in second place at the 2007 U.S. Open on Father’s Day, less than 24 hours after his daughter was born, when he put out a statement on his website.

“Both Elin and Sam are doing well and resting peacefully,” he wrote. “We want to thank our doctors and the hospital staff for all their dedicated and hard work. This is truly a special time in our lives and we look forward to introducing Sam to our family and friends over the next few weeks. We thank everyone for their well wishes and continued respect of our privacy.”

Woods and Nordegren divorced in 2010, ending their six-year marriage after it was revealed that Tiger was a serial cheater with more than a dozen women. After years of silence and therapy, his ex-wife learned to have a civil relationship with the golfer, and eventually became friends —for the sake of their kids.

“She’s been one of my best friends, and I’ve talked to her about so many different things and she does the same thing with me back and forth,” Woods said at the time to Us Weekly. “We communicate so much better now, it’s incredible. I wish we would have done that earlier on, but it’s been incredible to have a best friend like that,” he added.

Tiger Woods Speaks after His DUI

After Tiger Woods’ DUI, the athlete finally spoke to the press, explaining his actions.

“I understand the severity of what I did and I take full responsibility for my actions,” the pro golfer, 41, said, via ABC News. “I want the public to know that alcohol was not involved. What happened was an unexpected reaction to prescribed medications. I didn’t realize the mix of medications had affected me so strongly.”

As for Tiger Woods’ daughter in 2017? He and Nordegren currently share custody of their children.