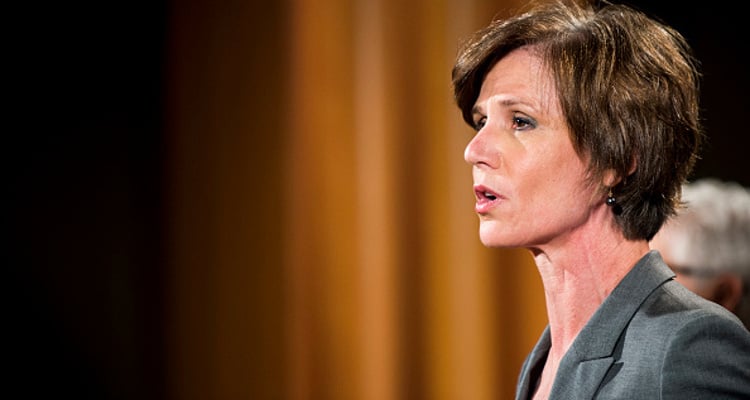 Sally Yates openly defied President Donald Trump and was fired as a result. This has led to sharp criticism from various circles. Is the matter over, or is this just the beginning of standoff between executive and judiciary actions?

In the famous words of Donald Trump himself, “You’re fired.” Sally Yates lasted just 10 days as the Acting Attorney General of America before President Donald Trump fired her. She was appointed by former President Barack Obama and was to hold the position until her successor was named. However, Yates openly argued against Trump’s immigration ban, and is now paying the price. Who is Sally Yates? Here is everything you need to know about Sally Yates’ wiki.

Who is Sally Yates?

Sally Yates is a lawyer who served as a United States Attorney and later as the United States Deputy Attorney General. Yates was born on August 20, 1960 in Atlanta, Georgia to J. Kelley Quillian and Xara Quillian. Her father was an attorney and judge who served on the Georgia Court of Appeals from 1966 to 1984. Yates completed her BA in journalism from Georgia University in 1982, and then earned a Juris Doctor (JD) degree from the University of Georgia School of Law. While still in law school, Yates served as the executive editor of Georgia Law Review.

Yates started her career in the private sector by joining the King & Spalding law firm in Atlanta, where she worked for four years. Then, in 1989, she was hired as Assistant U.S. Attorney for the Northern District of Georgia. She later became Chief of the Fraud and Public Corruption Section, where she fought several high-profile cases, including the case of the Olympic Park bomber, Eric Rudolph, who was accused of bombing several abortion clinics and gay establishments between 1996 and 1998. She was the lead prosecutor in the case which ultimately led to Rudolph’s conviction.

Yates held several important posts in the Attorney General’s office before being appointed as the Deputy Attorney General of the United States by Barack Obama in May 2015. Here, Yates was responsible for the day-to-day operations of the Justice Department, and its approximately 113,000 employees. She became well known after writing the policy known as the “Yates memo” in 2015, which made prosecuting executives for corporate crimes a top priority. This had come after the department had been accused of going “soft” on white collar crimes in corporate America. 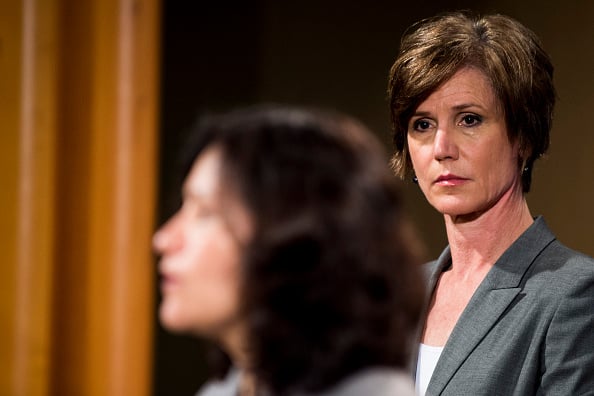 The incoming Trump administration had requested Yates to serve as the Acting Attorney General until a successor could be found. Yates is a tough professional with a mind of her own, but nobody expected a clash between her and Trump to happen this quickly. On January 30, Yates requested that the Justice Department office not defend Trump’s executive order, “Protecting the Nation from Foreign Terrorist Entry into the United States.” She said, “At present, I am not convinced that the defense of the executive order is consistent with these responsibilities of the Department of Justice, nor am I convinced that the executive order is lawful.”

Trump’s response to Yates came hours later through a hand-delivered letter. Yates was “relieved of her duties” and is set to be replaced by Dana Boente. A statement from the White House was released condemning Yates for her actions against the Department of Justice, and refusing to enforce an executive order.

This firing of Yates has to lead to criticism of Trump from all quarters. People have condemned Trump’s actions, and have publicly supported Yates saying that she did no wrong. Senior Minority Leader, Chuck Schumer has called Yates’ actions “a profile in courage” saying it was brave, and that it was the right thing to do. Representative John Conyers has said, “If dedicated government officials deem [Trump’s] directives to be unlawful and unconstitutional, he will simply fire them as if the government is a reality show.” However, some publications like the National Review have said that Yates’ defiance of the executive order was “inappropriate.”

Clashing Since the Obama Era

Some people are wondering why Yates did not resign if she disagreed with Trump’s executive order. According to reports, Yates considered that as an option but did not want her successor to grapple with this issue. According to insiders, Sally Yates and the Department of Justice have been huge political targets for the Republicans since they differ on a lot of issues ranging from immigration to gun policy.

Yates has worked in government for nearly her entire career, minus a four-year stint at a private law firm. Her net worth is a modest $2.0 million. After Sally Yates’ firing, people are wondering what she will do next, but so far there has been no word from Yates. Sally Yates’ husband is Comer Yates, and the couple has two children. Yates’ husband is a democrat who has provided many financial donations to the party. Comer Yates is currently the director of the renowned Atlanta Speech School. 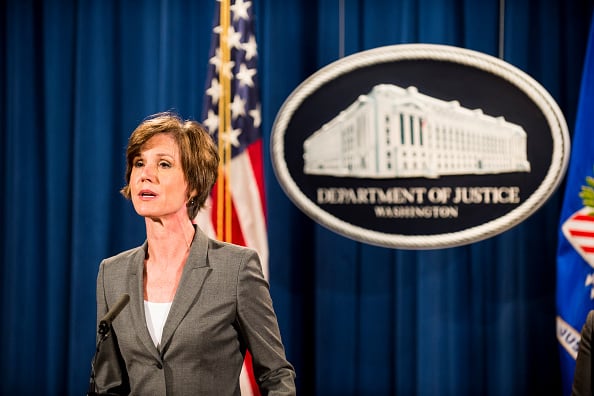 Yates is a woman of few words, but she is very active on social media. She constantly updates her Twitter account. On Sally Yates’ Twitter account, she defends and explains her strict actions against erring corporate bodies. One of her tweets reads, “Holding individuals accountable for corporate wrongdoing isn’t ideological. It’s good law enforcement.”

It’s Not Over Until It’s Over

Sally Yates’ firing has come as a shock to the political and legal establishment of the United States. The speed of Yates’ dismissal and her quick replacement is raising doubts over whether Trump’s actions were fair. Yates has always been a combative person and may not take this lying down, so there is a good chance that the nation hasn’t heard the last from her!