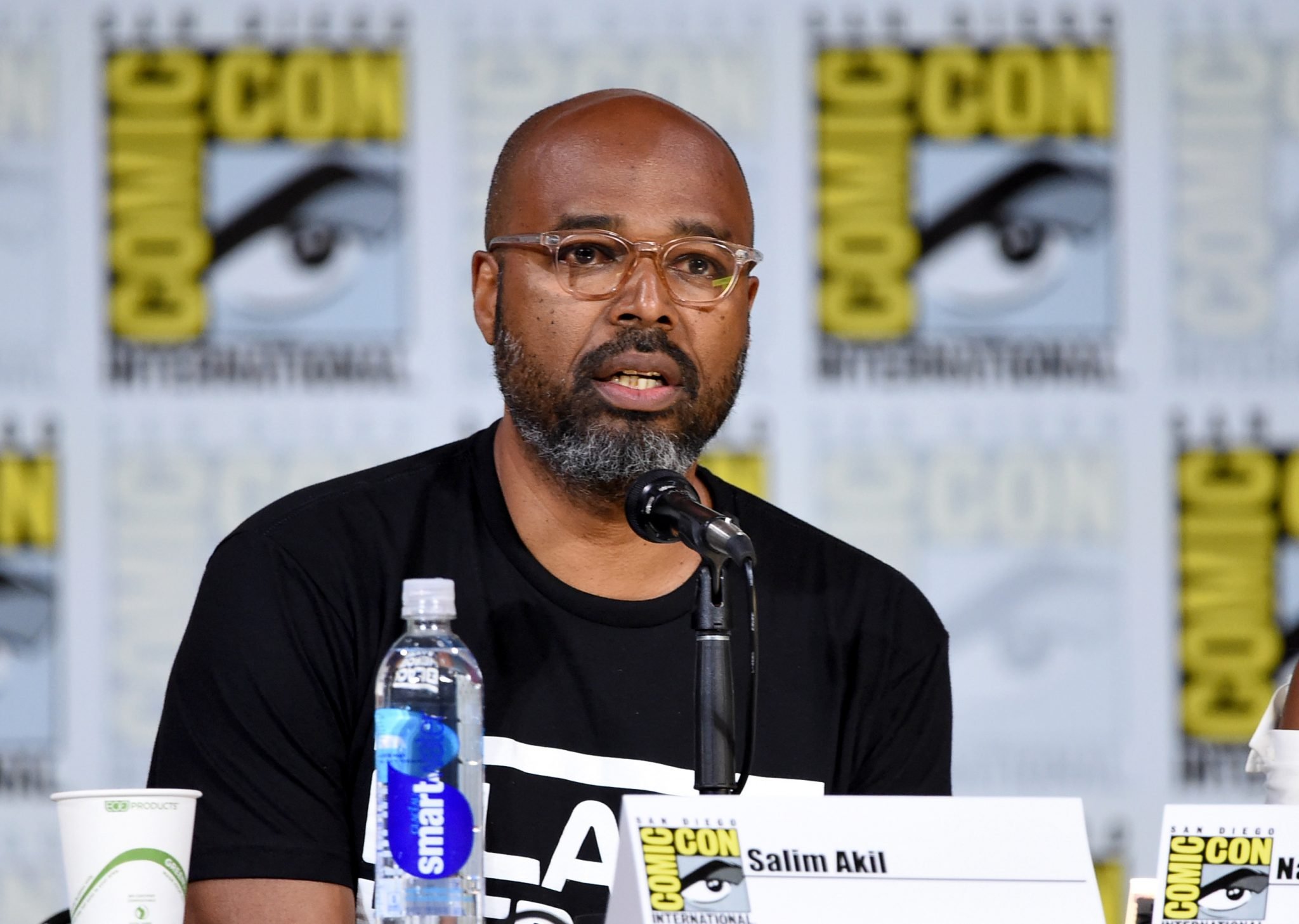 American drama TV series Love Is _, which is produced and created by Mara Brock Akil and Salim Akil, premiered on June 19, 2018. The story is based on the couple’s real-life relationship and fans are already falling hard for the new series—and the couple themselves! After watching the first episode, many viewers are curious to know more about Salim Akil and the love story that inspired this hot new show.

Mara Brock Akil and her husband Salim Akil’s dream came true with the premiere of their show, Love Is _. They have high expectations for the show and are hoping people the on-screen adaptation of their real-life love story.

Salim Akil is famous in the entertainment industry, though his tweets mostly focus on politics. He has produced many successful shows and even directed some of them. But who is the man behind Mara Brock Akil and her already successful new series?

His character on the show will have you swooning, so let’s take a look at the man who inspired the leading love interest. Here are some details from Salim Akil’s wiki.

Born on June 22, 1964, in Oakland, California, Salim Akil’s age is 53. He spent most of his childhood in Richmond. While growing up, most of his friends were involved in the drug trade, which kept them busy.

None of Akil’s family members ever attended college. But that changed when he went to Columbia College in Los Angeles, where he studied film and television production.

Akil refers to his mother as an angel who keeps him grounded and said, “She always told me I was going to do what I’m doing. She told me I would meet kings and presidents and queens — and I have.”

His mother was a singer who released a few albums and opened for performers like James Brown.

He Is Mara Brock Akil’s Husband 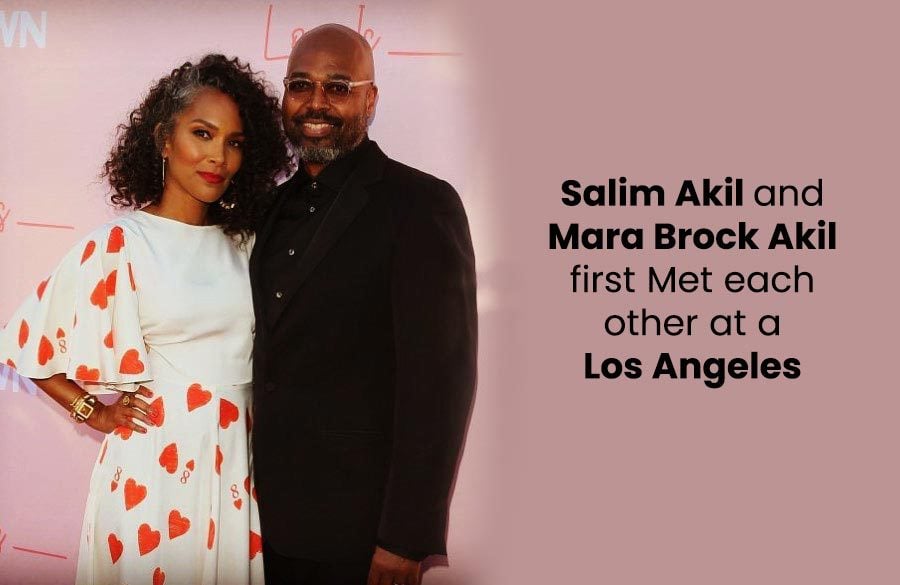 Mara Brock Akil is an American screenwriter and television producer. She is known for her work on Girlfriends, The Game, Being Mary Jane, and Black Lightning.

Salim and Mara Brock Akil first met each other at a Los Angeles Cafe many years ago, and are practicing Sufi Muslims. They got married on April 25, 1999. 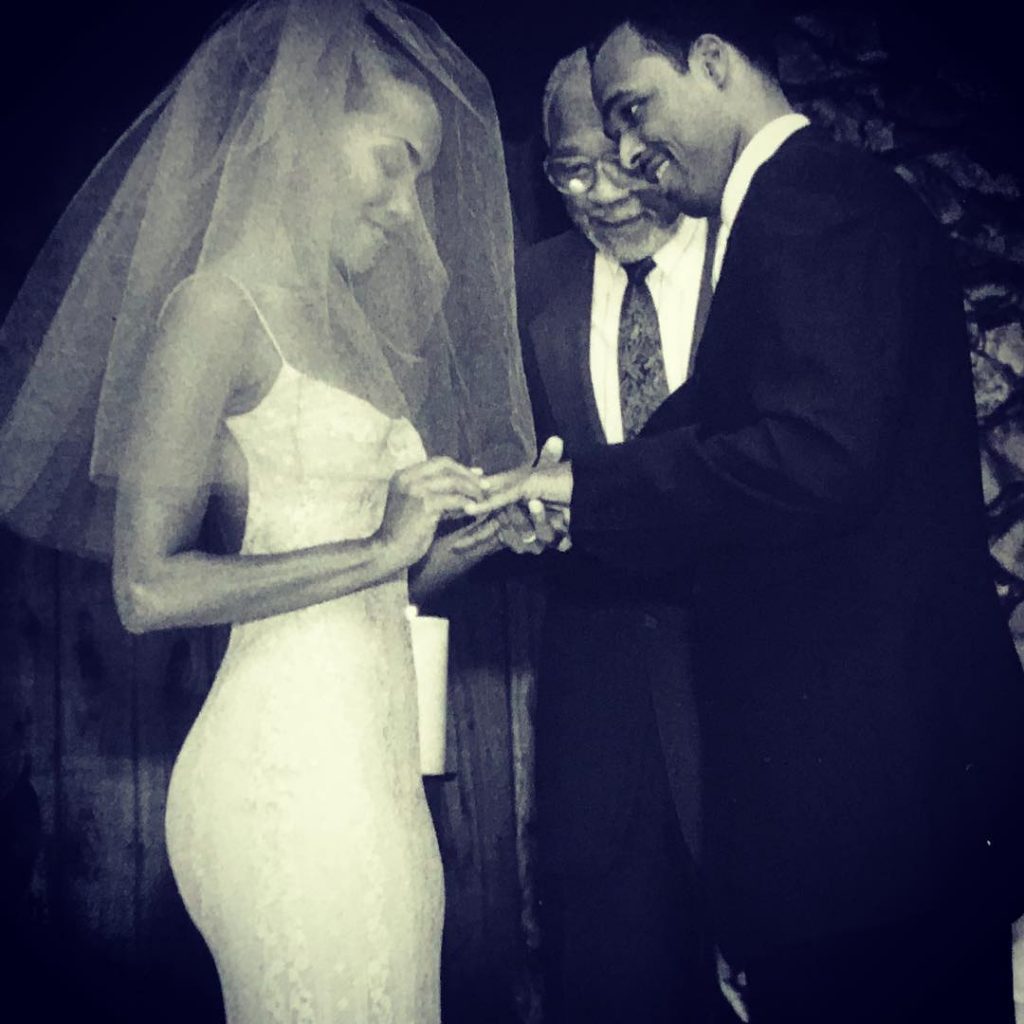 Salim Akil and his wife, Mara Akil on their wedding day. Credits:Instagram/maraakil

Salim Akil has kids from his previous relationship.

Currently, Akil lives in Los Angeles, California with his wife and their two sons.

Akil started his career in the entertainment industry in 1998 with the feature movie, Drylongso. He co-produced and co-wrote the movie with Cauleen Smith on a budget of $25,000. 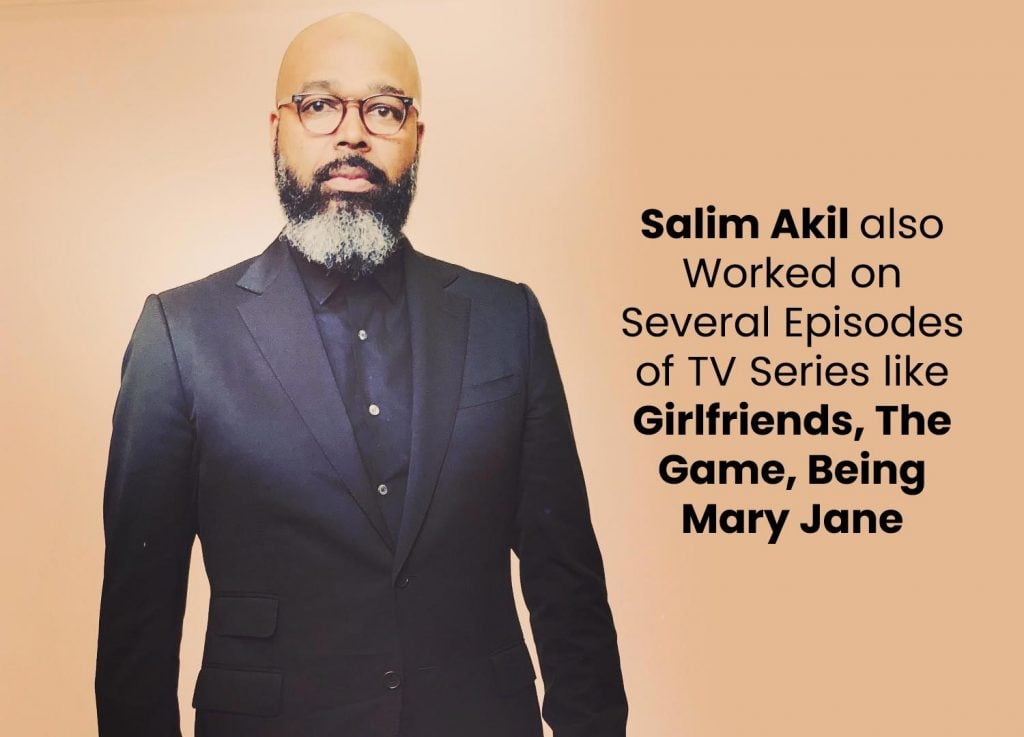 He started off as a staff writer for the TV show Soul Food and worked his way up to series executive producer. Akil is also a director who has worked on several episodes of TV series like Girlfriends, The Game, Being Mary Jane and has directed the feature film, Sparkle, which was released in 2012.

Salim Akil’s Black Lightning, The Start Up, Jumping the Broom, and Love Is _ are some of his other work credits.

In 2016, both Salim and Mara Brock Akil signed a multi-year development deal with Warner Bros. Entertainment. The husband-and-wife team have collaborated on various projects together.

Salim Akil Is a Producer of Love Is_

Love Is _, which premiered on June 19, 2018, on the Oprah Winfrey Network is inspired by Akil and his wife’s love story. He initially was a little hesitant to reveal certain aspects of their relationship on screen.

Salim Akil’s Love Is _ is about a modern-day power couple in Black Hollywood. It follows their story of balancing their careers with family for 30 years.

For his efforts and hard work, Akil has won awards and has been nominated for many others.

He has been nominated for five NCAAP Image Awards, four Black Reel Awards, and the Jury Prize at the Hollywood Film Festival.

In 2012, Akil took home NCAAP Image Awards for Outstanding Writing in a Comedy Series for The Game and Outstanding Directing in a Motion Picture for Jumping the Broom.

Other Interesting Details about Salim Akil

The producer has been highly influenced by music. His favorite artists are Kamasi Washington, Carmen McRae, and Billie Holiday.

He is a huge fan of literature, and he has a habit of collecting first-edition books. Salim Akil was over the moon when he came across a signed first edition copy of James Baldwin’s Jimmy Blues.