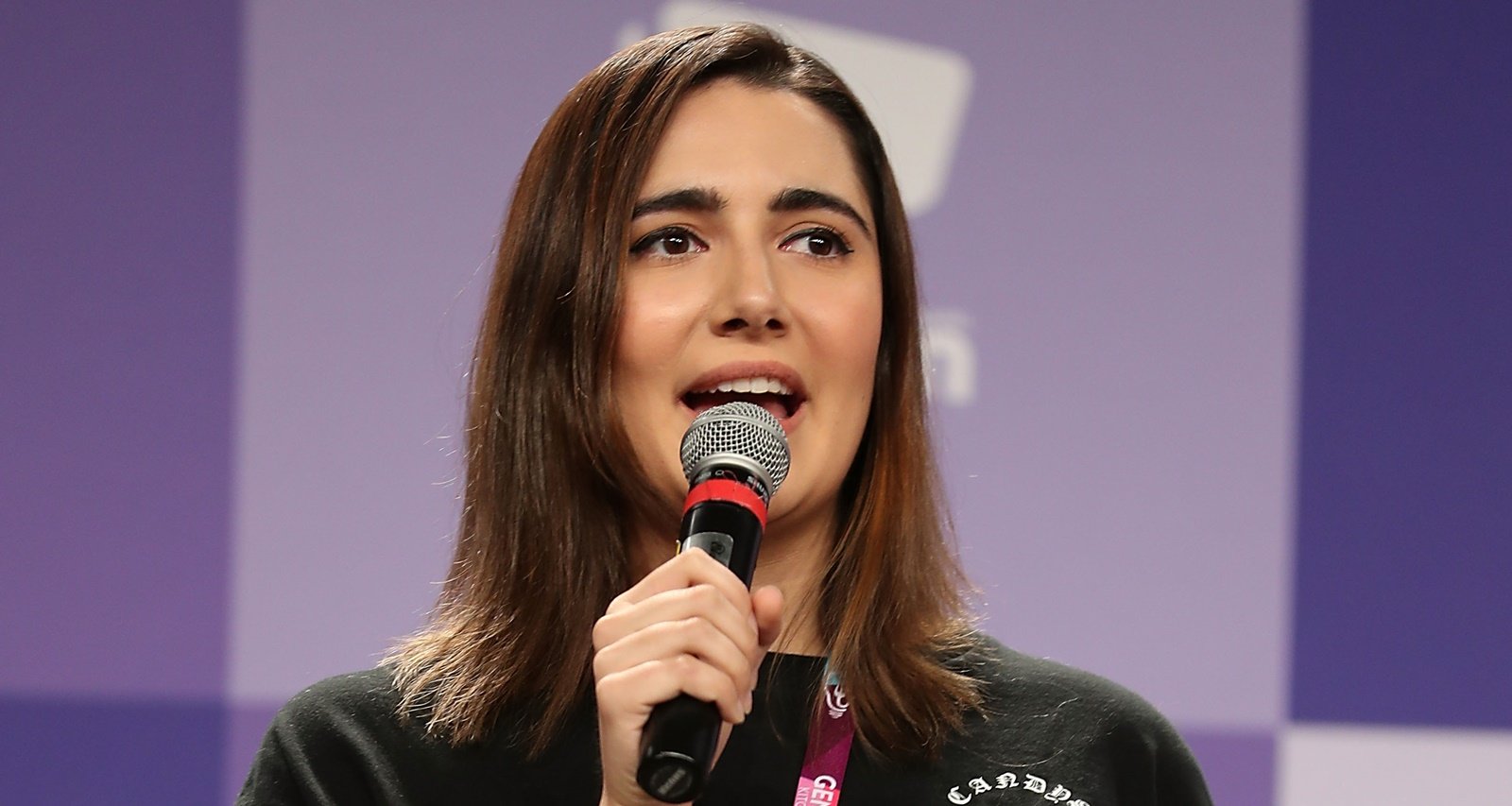 Safiya Nygaard speaks onstage during the 'Escape the Night: 3 Welcome to Everlock' panel during the 9'th Annual VidCon at Anaheim Convention Center on June 20, 2018 in Anaheim, California. (Photo by Joe Scarnici/Getty Images)

It’s not easy establishing yourself as a beauty vlogger, but Safiya Nygaard is not going anywhere. She’s original and creative when it comes to producing content, something she has been doing since her days at BuzzFeed. Your YouTube subscription list is a sad place if you don’t have Safiya Nygaard on it. But just to give you a little nudge to click that subscribe button, we’ve got Safiya Nygaard’s wiki for you.

Safiya Jaffer Nygaard was born on July 16, 1992 to a Danish father and an Indian mother named Mumtaz. Her younger brother, Adil Nygaard, and their parents hail from Chicago.

#tbt to being safe and snuggly circa 1995 ❤️ #loveya #momanddad

Safiya graduated from Whitney M. Young Magnet High School in Chicago in 2010, where she participated in the Young Company and CPS Advanced Arts Education Program in Theater Arts. She has been mentioned in the school’s publication, too.

She would go on to attend Stanford University where she acquired her bachelor’s degree in drama and English in 2014. There, she was active in various theatrical arts events.

Safiya shows she’s not disconnected from her multi-ethnic roots through her social media. It’s not clear if she has family in her parents’ home countries or spends time with them. She mentioned on Twitter that the last time she visited Denmark was in 2009.

so proud of my lil bro adil on his first day of #orientation at #stanford! 5 years ago today was my orientation 😭 #proudsister #stanfordfam #nygaards #gogetem ❤️🌲

Safiya Nygaard’s inclination towards and experience in the dramatic arts is probably why she’s a great content producer. Not only did she study drama in grade school and college, but she worked in the field, too.

In her teens, she assisted, wrote, and produced various productions for a San Francisco Shakespeare Festival camp and other local theater companies. She also worked as a literary intern at a theater.

Safiya was also a sales associate and in-store model at an Abercrombie & Fitch store. While at Stanford, she switched to other jobs that weren’t in the theater field but played into her talent for producing content. As a marketing associate for Glassmap, she wrote weekly content for its website, created and distributed promotional content, and edited marketing documents.

Nygaard Worked at BuzzFeed before Launching Her YouTube Channel

Nygaard took her content creation abilities up a notch, co-creating, writing, and directing the webseries, Higher Education. The series is currently available on YouTube.

In 2014, she joined Fremantle Media in California. There, she read script submissions and assisted in sales and pitch meetings. Since 2014, she has also been a creator, writer, director, and producer for the YouTube production, Tiger Dad Comedy.

After eight months at Fremantle, she came to BuzzFeed in 2015, where she gained visibility as a video producer. You might remember her as one of the original members of the BuzzFeed segment, “Ladylike.”

However, Nygaard left BuzzFeed in early 2017 to launch her own eponymous YouTube channel. The move was surprising, but she explained in one of her YouTube videos that she left BuzzFeed to gain more independence.

She wanted to communicate with her fans more, but at BuzzFeed, she says, she was not allowed to respond to YouTube comments. She was also unsure of the future of “Ladylike” when the brand grew but the original creators were left out of the decision making.

There’s also a gray area where BuzzFeed owns all content created during one’s tenure plus licensing rights, according to Nygaard.

“This kind of got into a sticky situation when the idea of creating merchandise with our names on it came up,” she says. “Because to me, it felt like we were getting close to BuzzFeed being able to sell something under my name, which is not something I signed up for.”

Nygaard has been on YouTube since 2011, but has fully dedicated herself to her channel since 2017, after leaving BuzzFeed. While she tried out beauty rituals and other tasks on behalf of those of us who are not very adventurous with “Ladylike,” she established herself as a beauty guru on YouTube.

Nygaard stands out from the typical flock of YouTube beauty vloggers in that she doesn’t share in tutorials or reviews. Her ideas are original and entertaining, like trying out different online stores for our benefit, wearing nine-foot-long jeans, testing clickbait hacks, trying cheap makeup, and even giving great advice for periods.

She’s also sort of a mad scientist of beauty vloggers, melting makeup or mixing different makeup products to create what she calls “Frankenstein makeup.” In March 2019, she shared a video where she baked a cake filled with edible lipsticks (you know, so we don’t have to) and ate it. It’s one of her recent viral videos, amassing over six million views.

Her unique content has, unsurprisingly, earned her over 7.6 million subscribers and counting. That earns her an estimated $36,000 a month, or around $400,000 a year, from YouTube alone. She also has her own merchandise line, Fiends by Saf.

She Is Engaged to Tyler Williams

Nygaard met Tyler Williams at Stanford where he pursued his bachelor’s degree in economics. They have been together ever since and even create content together.

After working at the Walt Disney Company, Williams turned into a media entrepreneur, founding Bubl, Inc. and Nextbeat. He went on to start his eponymous YouTube channel in 2016, which has over one million subscribers.

He initially started the “Try it yourself” (TIY) series where he tested out DIY ideas by creating them himself. He’s now operating more of a food-tasting channel and regularly features Nygaard.

After over four years together, Williams decided to pop the question to Nygaard and shared the experience with their fans. He started by taking over her channel for a day, having his father help with the filming, and made the video while Safiya was at yoga.

He purchased a black diamond ring that would suit Safiya’s tastes and chose Disneyland for the venue, since that’s the couple’s very special place. A lot of planning went into the proposal and filming it, but Williams successfully pulled it off.

In December 2018, Safiya Nygaard and Tyler Williams were engaged. There’s no wedding date in sight yet, but we’re hoping to get a peek at it on their YouTube channel.

Around the time of their engagement, there were also rumors that Safiya Nygaard was pregnant. But they were just that: rumors.

thank u guys so much for the well wishes! also, no i am not pregnant! if i look heavier it’s from stress. lol