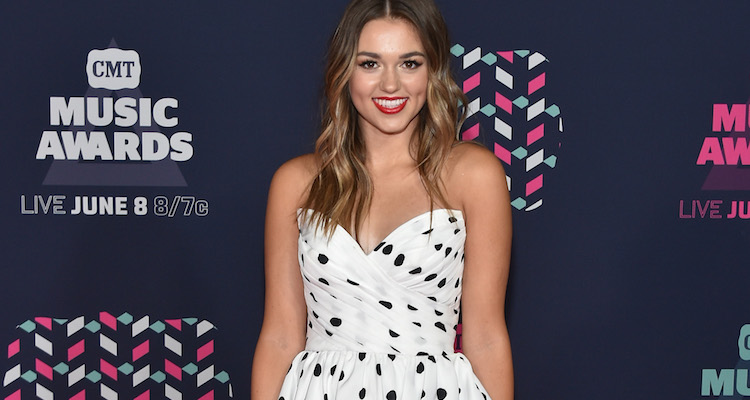 Who is Sadie Robertson?

Sadie Carroway Robertson, 20, was born on June 11, 1997, in West Monroe, Louisiana and is a graduate of Ouachita Christian High School. Aside from writing books such as Live Original: How the Duck Commander Teen Keeps It Real and Stays True to Her Values, she is best known for her role on the hit show, Duck Dynasty.

The reality star has 2.9 million followers and her account (legitsadierob) is an open book. She mainly posts about her family, friends, and what inspires her. She also took a trip to the Dominican Republic to work with children.

One photo was captioned: “It was this little buds first time to see the ocean ???? he was a little nervous at first so we just sat and let our toes touch the water until a BIG wave came and from that moment on he was in my arms, and I am totally okay with that ???? my heart is full. ❤️ #DominicanRepublic [sic]”

it was this little buds first time to see the ocean ? he was a little nervous at first so we just set and let our toes touch the water until a BIG wave came and from that moment on he was in my arms, and I am totally okay with that ? my heart is full. ❤️ #DominicanRepublic

Who is Sadie Robertson’s boyfriend? No one knows at this point, but we can tell you it’s not Eldredge! The 31-year-old singer was just filming a music video for his new song, “The Long Way” and Robertson plays the girl he falls in love with. The song is also a representation of what kind of relationship Eldredge wants to have someday.

“‘The Long Way’ is a look into what I want to find in love,” Eldredge said to People. “It’s about getting to know somebody more than just on the surface, getting to know somebody deep down to their core. It’s more than just taking the long way around their town, it’s through their imagination. It’s them telling you everything about where they came from. You want to know every single detail—where they wrecked their bike the first time, where their parents fell in love, the lot where the car they drove in high school is sitting.”

hey @bretteldredge looks like a good day to shoot a music video. What do y'all say? #thelongway

If you look through Sadie Robertson’s dating timeline, you will come across Blake Coward, and college football player Trevor Knight—but her most public breakup was with Coward.

“We had dated for three years, very publicly. It was during DWTS, so you can’t really hide anything during that time, and then we broke up and all of our fans were like, ‘What happened?'” the Duck Dynasty star said to Entertainment Tonight, sharing that she and Coward “weren’t on great terms” at the time. “After we became friends, I asked him, ‘What do you think happened to our relationship?’ and we came to this agreement of the things that I wrote in the blog.”

She added: “I’m looking for somebody who really just loves the person I am, and not who I am with the public… I want somebody who calls me and is with me and I can literally show up at their house — which is like my typical — bun on top of the head, no makeup, sweatpants, sweatshirt.”

‪@hallmarkchannel thanks for a fabulous night. So excited for all the family friendly movies coming this year!!! ❤️ @BlackHaloStyle thanks for my lovely red dress?‬