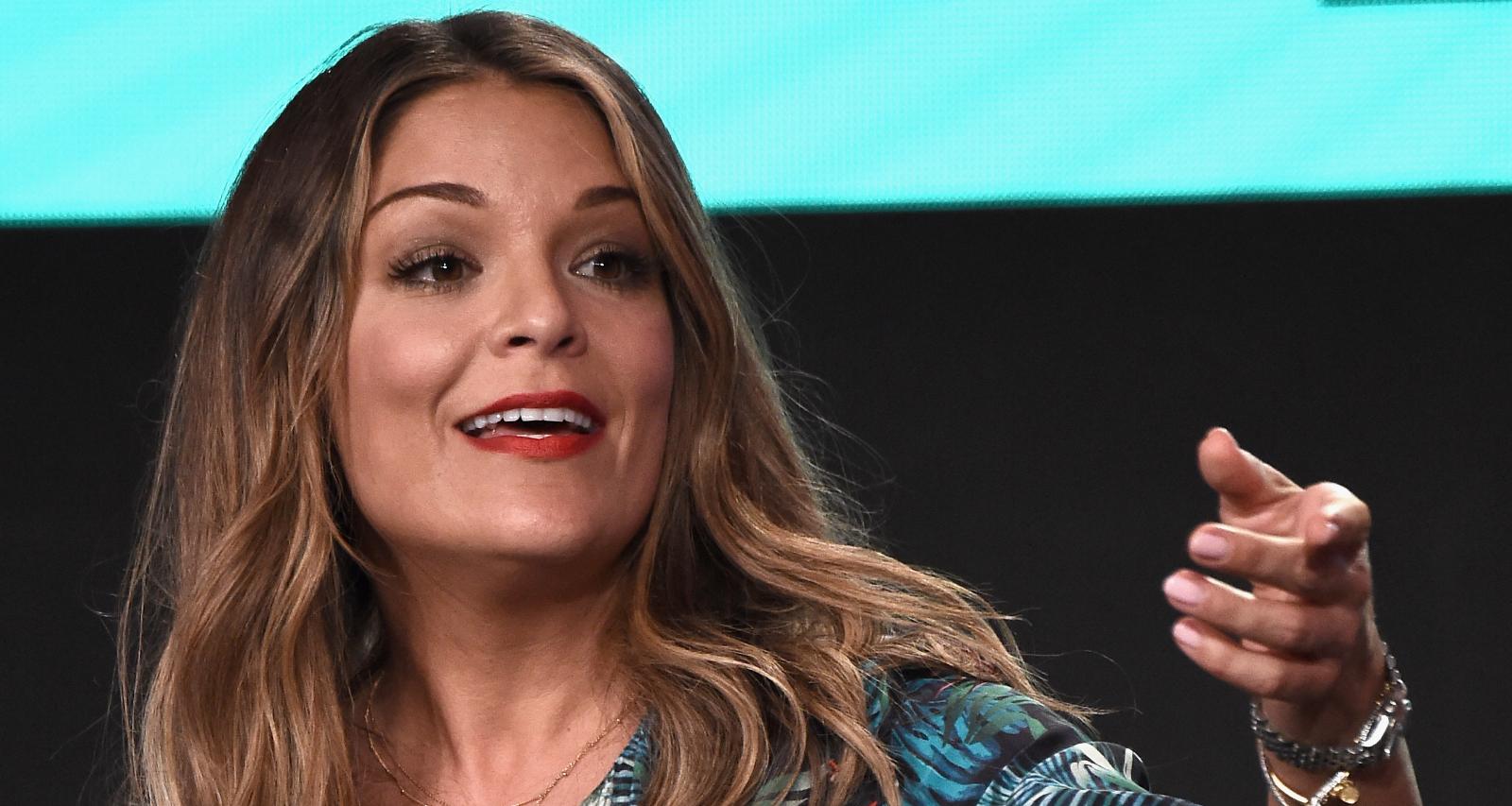 Sabrina Soto is the star of the home makeover genre on shows by HGTV, TLC, and others. After this interior designer lent her expertise to Trading Spaces season 10, the revival of TLC’s popular home renovating show, she is back with a star-studded new show. This time, she joins Entertainment Tonight host Nischelle Turner and home improvement contractor Jason Cameron for CBS’ new series, Secret Celebrity Renovation. If you aren’t familiar with the home reno goddess’ impeccable style, we’ve got Sabrina Soto’s wiki to get you pumped for the upcoming show.

She Has Cuban Heritage

Sabrina Soto was born on December 27, 1975, and is 43 years old. She and her sister, Natasha, were born and raised in the U.S. and have Cuban roots through their parents.

Their father, Roberto FE Soto, is a Cuban-born teacher and media professional. He has worked with The Washington Post and NBC News, and was also the NY bureau chief of Associated Press TV.

Roberto was married to Sabrina’s mother, Maria Elena Soto. Maria is a talented cook who instilled a love for Cuban food in Sabrina. Her mother, grandmother, and aunt are Sabrina’s inspiration to work in food and design.

Sabrina was born in Miami, Florida and lived in Washington, D.C., and New York for her father’s work. During a labor strike at NBC, Roberto relocated his family to Los Angeles where Sabrina’s design and TV business is now based.

Her parents divorced when she was 14 and her father was mostly away because of work. Sabrina’s mother struggled financially and the family was even evicted from their house.

Her Mother Inspired Her to Be a Designer

Maria had a home decorating and staging business and Sabrina used to assist her when she was young. While working with her mother, Sabrina developed a love and knack for creating beautiful spaces.

Sabrina initially dreamed of becoming a professional baker. However, she followed in her mother’s footsteps and became a designer while also working as a licensed realtor. She still enjoys baking and cooking often and shares her culinary exploits on Instagram.

She’s now a regular design consultant on numerous shows. Besides hosting shows on HGTV, she has appeared in other shows on the network as well as on The Wendy Williams Show, GMA, Today, The Rachel Ray Show, The View, and more. Her designed spaces have also made a splash on the pages of Esquire, Elle Decor, Time, Huffington Post, Variety, and The New York Post.

Sabrina’s mom is now retired and a hands-on grandma to Sabrina and Natasha’s kids. Since her mother is no longer decorating, Sabrina gave her mom’s home a makeover as a Mother’s Day present in 2014.

Sabrina’s design aesthetic incorporates her Latin roots, while considering her clients’ requirements. She also consults her mom often and enlists Maria as her shopper for home reno projects.

She Landed Her First HGTV Job through Craigslist

Sabrina Soto has hosted HGTV shows including The High/Low Project, Get It Sold, and Bang For Your Buck besides appearing in an array of shows on the network. And it all started with a serendipitous search on the Internet.

Soto recalled she found her first hosting job on HGTV in 2006 on Craigslist. “I woke up really early because I couldn’t sleep,” she said. “I looked on Craigslist, and they wanted someone with design and real estate experience. It was amazing!”

Though she was primarily working in real estate at that time, she’d had sporadic acting gigs on TV as an extra. She also tried out for an MTV show that didn’t work out. But she was dying to follow her designing passion and be on TV. Thanks to HGTV, she has been able to make a career out of what she loves.

Soto resides in L.A., but has filmed The High/Low Project in New York. Filming for shows has taken her to homes all over the country. She established herself as a sought-after decorator even before she completed her college degree.

When TLC revived Trading Spaces in 2018, she was one of the designers featured on the show. She will now return to season 10 when it premieres in March 2019.

In late 2020, CBS brought on board Soto, along with contractor Jason Cameron and Entertainment Tonight host Nischelle Turner, for Secret Celebrity Renovation Season 1. The home reno team will collaborate with celebrities who want to give back to a meaningful someone from their hometown with a home renovation.

She and Her Ex Have a Daughter

The designer is not married yet, but she was in a long relationship with one Steve Grevemberg.

In 2015, they welcomed their daughter, Olivia Gray. A self-described “open book,” Soto has shared details about her pregnancy and motherhood with her 69K+ Instagram followers.

She also shared the latest development in her personal life regarding her relationship with Steve. In a December 5, 2018 post, days before her birthday, Soto explained Grevemberg’s noticeable absence from her social media posts.

A very personal post today, so bear with me. Most of you reading this don’t know me on a personal level, but do support me. You support my projects, posts and blogs. I can’t ever thank you enough for that… and I want you to know that I never take that for granted.  I’ve always been an open book, both on and off of television. I’ve always been honest about how things aren’t always that easy, whether in a renovation, DIY situation, or in life. It’s just taken me a while to get on the other side of some transitions that have happened in my life this year and to be in a place to share them with you. One of those unfortunate changes this year is that Steve and I are no longer together. I wanted to tell you because I got a lot of questions as to where he's been the past few months. So there it is. We obviously will always be connected and, of course, Olivia is the light of our lives! ❤️ It’s not what I expected in my life, but sometimes life takes unexpected turns in order to lead you in the right direction. I keep repeating that to myself every night. I know I’m not the only one spending the holidays going through a new life transition and I know it may be tough… but I’m really hopeful to all of the great things that 2019 will bring. Throughout all of this, I’ve learned that I’m stronger than I ever thought I was. Thanks for always supporting me…. I appreciate it very much. Happy Holidays to you! Xo

As many speculated, she revealed that she and Grevemberg had separated sometime in 2018. It doesn’t appear to be a bitter breakup and they are united in parenting their daughter.

Soto has since shared her experiences as a single mom raising Olivia. Most recently, her unfiltered, sans fluff candid photo with a sick Olivia struck a chord with her followers.

No one’s life is perfect. It may seem so on social media. But think of it as a magazine. It’s just fun photos to post to inspire you to decorate, cook or put together a fun outfit. Last week I posted about being a single Mom and I got a lot of DMs afterwards. I guess many people didn’t see my announcement way back. Anyway, I received a ton of messages from other women going through similar issues in their own life. Asking for advice or just venting. I loved them all! In almost every message, I was thanked for being vulnerable because they thought I was always so “put together” and with that I want to make something clear. My life is far from perfect. Not to say I’m unhappy. I’m just more than the #prettylitttlesquares you see here on social. This is why I posted this. What you see is me holding Olivia when she got her first fever the other night since she’s been born(I know that’s crazy). Trish happened to be over and took the picture. I’m glad she did because THIS is real life. I was crying because I was scared and felt bad for Liv, but also crying out of gratitude that I wasn’t alone… unlike many other nights when Olivia wakes up in the middle of the night. Anyway, this is all to say that – you are not alone.  You never know what’s really going on in someone’s life. As a matter of fact, I look back at my timeline when I was knee deep in sadness and you’ll still see pics of me smiling, posing, etc. I wish I would have posted the truth then… I just wasn’t ready. I think most of us wait until there is a happy ending to share the sadness. But, I believe it’s more powerful to share when you are standing in it. I’m hoping I won’t have another moment where I will have to experience that again, but if I do… I hope I’m strong enough to stand tall. For anyone who is going through a transition in your life… YOU GOT THIS. It’s all going to be ok. Everything does happen for a reason. Sometimes you just have to wait patiently for that reason to become apparent. ❤️ Xoxo