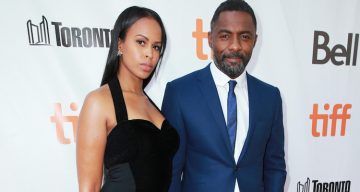 It seems like it was only yesterday when Luther star Idris Elba made his red carpet debut with girlfriend Sabrina Dhowre at the 2017 Toronto International Film Festival. But things have changed. Millions of hearts that held the hope to one day marry Idris Elba were shattered when Dhowre, who once walked the red carpet as his girlfriend, walked down the aisle to become his wife in April 2019! Just who is this lucky woman living our dream? This Sabrina Dhowre wiki is here to rub salt in our wounds.

Who Is Sabrina Dhowre?

Sabrina Dhowre was born in 1989 and is 16 years younger than her Dark Tower star husband. Her mother, Maryam Egal, is in Vancouver, Canada. She’s reportedly of Somali descent and used to reside in Canada. A model, Sabrina Dhowre is a former Miss Vancouver 2014.

Dhowre is new to Instagram and has already amassed a growing followership of over 203K. She’s, however, as private as Elba and doesn’t share much about her personal life.

Idris Elba Proposed to Dhowre during the Yardie Screening

Elba met Dhowre in Canada when he was filming The Mountain Between Us. Reports claim they had been dating since early 2017. According to sources close to the couple, Elba was pretty serious about her.

How serious? Elba once said he would never get married again, but Dhowre changed that. The actor popped the big question on February 10, 2018.

The proposal happened on stage at Rio Cinema in London, before the screening of Yardie, Elba’s directorial debut.

“‘Another @riocinema first! Still 5 days to Valentines Day but @idriselba went down on one knee and proposed to his girlfriend live on stage this morning before a preview of his film #Yardie, [sic]” a tweet from Rio Cinema’s official Twitter account read on Saturday, along with a selfie of Elba.

In the video, Idris’ future wife was visibly surprised and the audience couldn’t help but applaud and cheer.

“When you turn up to the #Yardie screening with @sainoutalent clients @adnanmust & @akin.gazi and the director @idriselba steals the show with a #marriageproposal,” Sainou managing director and agent David Marsden wrote in the video’s caption. “#congratulations #love #marriage.”

Dhowre and Elba Tied the Knot in Morocco

April 26, 2019 not only marked the day Thanos got dusted (Spoiler? #SorryNotSorry), but also the day millions of hearts got dusted. While we were rushing to Avengers: Endgame on Friday, the reigning People’s Sexiest Man Alive and his gorgeous lady love whisked off to Marrakesh in Morocco to tie the knot.

British Vogue shared the breathtaking pictures from the beautiful wedding on Instagram, and they’re stunning! Dhowre wore two exquisite creations by Vera Wang, while Elba looked handsome as ever in a bespoke suit by Ozwald Boateng.

The newlyweds reportedly also received a lovely (and very expensive gift) from their royal friends, Prince Harry and Meghan Markle, whose wedding they attended last year. The Duke and Duchess of Sussex selected a piece of artwork by the Connor Brothers valued at an estimated $9,000.

NEW PRINT RELEASE TODAY – Following our visit from amazing nine year old artist Belle Curran last week we have just released this image as a print. Belle suffers from interstitial lung disease. and needs a lung transplant. She is raising awareness about organ donation, and funds for the various charities that have helped her. The print is from a limited edition of 12, and all of the proceeds will be going to the charities that have supported Belle. The quote we have chosen comes from the children's author Dr Seuss. We would be grateful for anyone who follows the link in our bio, and makes a donation. The print is available now through our website. please note that the prints will take up to 21 days for delivery

We can see more of their special day when British Vogue hits the stands in July 2019.