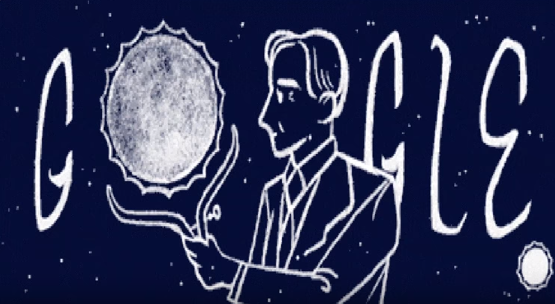 Have you been wondering what Google’s latest doodle is all about? As we all know, Google always has a creative way of making their name into something clever that represents what special day it is at the time. For today, it’s about S. Chandrasekhar’s birthday. To learn more about the S. Chandrasekhar Google doodle, here’s our S. Chandrasekhar wiki.

Who is S. Chandrasekhar?

Subrahmanyan Chandrasekhar “Chandra” was an award-winning astrophysicist. He was born in Lahore, Pakistan in 1910 to a Tamil family and was home schooled until he was 12 years old. He worked at the University of Chicago and in 1953, he was given U.S. citizenship (he emigrated in 1937). He died in Chicago in 1995 at the age of 85. If he were alive today, he would have been 107 years old! S. Chandrasekhar’s Hydrodynamic and Hydromagnetic Stability also received high praise for its subjects on physics.

Growing up, Chandrasekhar was considered a “child prodigy” and founded the ‘Chandrasekhar Limit,’ which is ” the difference between dying in a blaze of glory and going out in a slow fade to black. For our universe, this line means much more: Only by exceeding it can stars sow the seeds of life throughout the cosmos,” according to PBS. In basic terms, he proved that all stars died differently, how black holes work, and how to understand supernovas.

Despite his colleagues trying to discredit him, he became the first astrophysicist to win the Nobel Prize in Physics, in 1993, for his theory on the evolution of the stars. His uncle, Sir CV Raman, won the Nobel Prize in Physics in 1930. Before he turned 20, he published his first paper and was admitted into the Royal Society of London when he was 34. He was also awarded the Gold Medal of the Royal Astronomical Society, the National Medal of Science and the Draper Medal from the U.S. National Academy of Science.

He offered advice to aspiring scientists using a quote from one of S. Chandrasekhar’s books, Truth and Beauty, which reads: “What a scientist tries to do essentially is to select a certain domain … and see if that takes its appropriate place in a general scheme which has form and coherence; and, if not, to seek further information which would help him to do that.”

When describing what motivated his search for science (during an autobiographical sketch for the Nobel Prize), he once said: “When, after some years of study, I feel that I have accumulated a sufficient body of knowledge and achieved a view of my own, I have the urge to present my point of view, ab initio, in a coherent account with order, form, and structure.”

Without his research and calculations, we wouldn’t know about the stars, how planets die, how black holes work, and more. His contributions were important in understanding the universe so today marks a day to remember that.