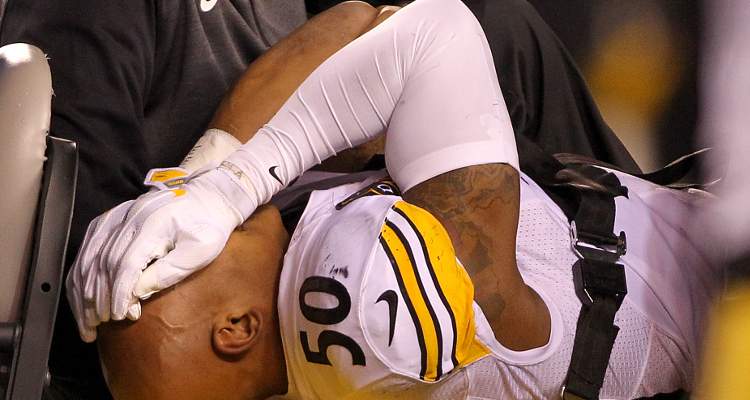 Pittsburgh Steelers star Ryan Shazier’s injury happened after he hit his opponent head-first, and while that can be a very dangerous injury, his fiancee Michelle Rodriguez is praying along with the fans. The linebacker was taken out on a gurney and looked like he was in a lot of pain. He is all set to marry Rodriguez, but before that, here’s what you need to know.

Michelle Rodriguez has been a pillar of support off the field to Ryan Shazier, and the couple has been in a very loving relationship, and Rodriguez even cares for Shazier’s son like he’s her own. Fans now want to know all about the strong woman behind Shazier, and we have what you are looking for about Ryan Shazier’s future wife.

Michelle Rodriguez was born on August 13, 1992, making her age 25. She has been a sporty person all her life, and attended the Texas State University, and has acquired a degree in education. While in college she was a basketball player.

Rodriguez is a Teacher

Michelle Rodriguez took up teaching after her graduation, and according to her Instagram bio, she is a Special Education Teacher. Special Education is also known as aided education, and kids with learning disabilities or behavioral disorders require it. The educating process includes therapy, specifically adapted teaching and learning methods, and counseling.

Rodriguez has had an affinity to kids since the very beginning, and she loves working with them. Lucky Shazier, his son, will always have a warm woman in his life!

And Rodriguez said yes of course! The couple has been together for more than a year now and thought Ryan Shazier already had a baby with Tonika Marie who is a nail art artist. The couple separated, and then Rodriguez entered Shazier’s life. There was some tension between his two women a while ago, when they began fighting on social media about junior Ryan, but it looks like they have chosen to keep it all in the past.

Rodriguez was more than happy to be in Shazier and his son’s life, and when he went down on one knee, around April this year, she was more than delighted to be the future Mrs. Shazier.

Date night with my ❤️

So, now that Rodriguez and Shazier have already become a family and bonded with each other, they tying the knot is only a matter of time. We are sure the newly-engaged couple is more than excited to start a family of their own and continue to spread happiness.

Though there have been rifts among Shazier’s baby mama and his current fiance, Rodriguez and Marie are handling the sensitive issue with care. They both love baby Ryan a lot and want what’s best for the little boy. Shazier is one lucky fellow!

Check out some more happy family pictures, of Shazier and his future wife Michelle Rodriguez:

#1. A Family That Matches Tees Together Stays Together!

#2. Another Feather Added to the Cap

Happy Father's Day to my soulmate, partner for life, and best friend. You are my rock, couldn't have asked for a better partner through this journey we all call LIFE. You are an amazing father and never ceases to amaze me the happiness you bring to our lives. This day is simply not enough for you or all the wonderful fathers out there. ? #weloveyou #hometeam ?⭐️

#5. Don’t Mess With the Shaziers

Enjoying the bye week with my lady! ???