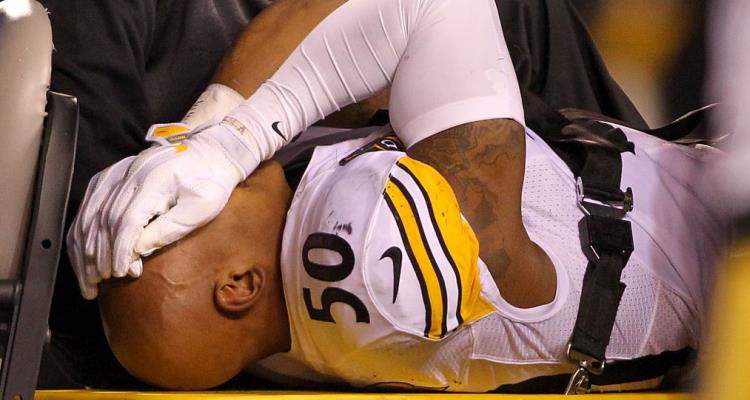 Pittsburgh Steelers linebacker Ryan Shazier’s 2017 injury put his NFL career in jeopardy. Shazier had a stellar first few seasons before a head-on collision during a game caused him a severe spinal injury. Football analysts and fans wondered what would happen to his remaining contract while he was on the injured list. The Steelers let his contract toll, which has built Ryan Shazier’s net worth to an estimated $4.0 million in 2020. With Shazier retiring from the NFL, fans are eager to know what’s next for him.

Ryan Shazier (born on September 6, 1992) from Florida played football at Ohio State. He decided to forgo his senior season to enter the 2014 NFL Draft.

The Pittsburgh Steelers selected him in the first round of the draft. They signed him to a four-year contract worth $9.50 million with a signing bonus of $5.23 million.

Shazier recorded impressive stats for his first three seasons. He would enter the 2017 season after the Steelers chose the fifth-year option on his contract, and he also recorded his statistical best that year.

During the December game between the Steelers and the Cincinnati Bengals, Shazier suffered a head-on collision and was unable to move his legs. He reportedly suffered a spinal contusion and underwent spinal stabilization injury.

The injury ended his 2017 season, but he was named to the Pro Bowl list that year. He had to learn to walk again, and was reportedly working out at the UPMC Rooney Sports Complex regularly. A year and a half after his surgery, Shazier was able to dance at his wedding to his baby mama Michelle Rodriguez.

He attended a few practices while undergoing rehab. He also focused on scouting and coaching for the organization. Most notably, he mentored Devin Bush during his rookie season.

Although Shazier’s rookie contract expired after the 2018 season, the Steelers organization decided to keep Shazier on their 2019 roster by tolling his contract into the 2019 season. Accordingly, Shazier was paid a salary commensurate with his years in the NFL.

As long as his contract is still valid, Shazier also accrues seasons that make him eligible for an NFL pension after retirement. He also got the medical insurance that every active player in the league gets.

In 2020, however, there was speculation that Shazier’s contract might not be tolled again. Earlier this year, Art Rooney II said they would be discussing what happens to their contract with Shazier.

If his contract wouldn’t be tolled, he would become a free agent. Many speculated that Shazier might not pass an NFL physical to earn a one-year deal.

Shazier announced his retirement in a heartfelt social media video on September 9. While Steelers Nation is sad he would no longer play, he teases the possibility of returning in a coaching position. With his retirement, his contract has ended in 2020.

The following table illustrates Shazier’s earnings since the beginning of his NFL career.