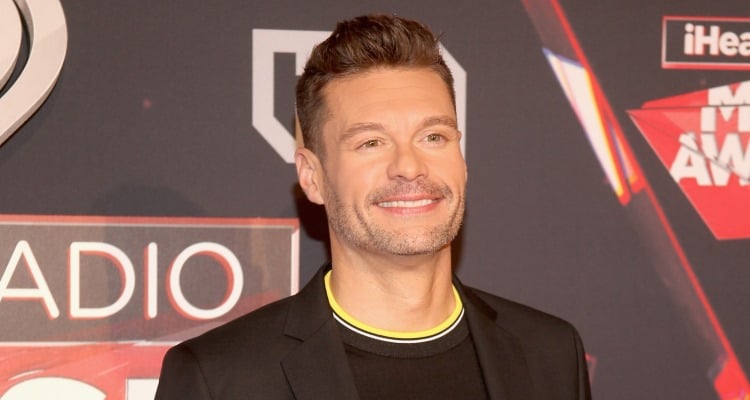 Viewers are all set for a morning dose of Ryan Seacrest, as he prepares for his new job as the co-host of the ABC show “Live.” Seacrest continues to be a successful radio host and television producer with his shows getting high ratings. The man, who Simon Cowell affectionately calls “sweetheart” is as busy as a bee these days, with things heating up in his personal life, as well.

According to reports just coming in, Ryan Seacrest will join “Live” as Kelly Ripa’s new co-host 2017, thereby beginning a new era in the morning television rating race. According to sources, Seacrest will be introduced by Ripa on the show. Seacrest has earlier co-hosted “Live” five times as a guest, ever since ABC had been looking for Michael Strahan’s replacement a year ago. Live airs in many markets at 9:00 a.m, directly against the third hour of NBC’s Today. Live is based in New York while Seacrest lives in Los Angeles, but he has a home in Manhattan and will soon be moving to New York to start his exciting new position. We bring for you some details from Ryan Seacrest’s wiki.

Who is Ryan Seacrest?

Ryan Seacrest is an American radio personality, television host, and producer. He is most known for hosting the talent competition television show, American Idol, the syndicated countdown program American Top 40 and the hit radio show, On Air with Ryan Seacrest. Ryan Seacrest was born on December 24, 1974 in Atlanta, Georgia to his parents, Constance Zullinger and Gary Seacrest. That makes Ryan Seacrest’s age 42. Growing up, Gary was a real estate lawyer while Constance was a homemaker. Seacrest showed an aptitude for the show business right from an early age. His mother recalled fondly “Instead of playing with G.I. Joes or Cowboys and Indians, Ryan would always have a little microphone and do shows in the house.”

can’t wait for tomorrow night in Times Square w/ @dnce, @mariahcarey, and over a million of our closest friends #RockinEve @officialnyre

Starting out in the ‘90s, Ryan Seacrest hosted kids game shows like Gladiators 2000, Wild Animal Games and Click. Seacrest has been the host of American Idol since 2002 and has signed multi-million dollar deals with the show’s producers to stay on as the host. It was this particular show that made Seacrest famous all over the world. Seacrest has been a radio host as well, for programs like American Top 40. Seacrest later ventured successfully into television producing with shows like E! News, Keeping Up with the Kardashians and its spin-off shows, Shahs of Sunset, and Married to Jonas.

Since Seacrest is a famous personality, people are always curious about his personal life. Even though Seacrest has been seen with a bevy of beauties over the years, some people still ask, “Is Ryan Seacrest gay?” People who have heard Simon Cowell call him “sweetheart” on American Idol might wonder about Seacrest’s sexuality, but most people believe he is straight because of the number of beautiful women he has dated over the years. It’s true! He dated the likes of women such as Like Adriana Lima and Julianne Hough! But lately, he has been seen with one of his exes, Shayna Taylor in Los Angeles. They have even been spotted going to the gym together and at public events. Is Taylor, Ryan Seacrest’s girlfriend again? Though they have been seen together several times, both of them have not confirmed the status of their relationship to anybody in the media.

feeling like I’m at the kids table this year… @thebroadmuseum

People want to know Ryan Seacrest’s height. There are several stats regarding his height that differ, but Seacrest himself has said that he is 5’8” tall. Though his height may not be the biggest, his heart certainly is. In 2010, Seacrest launched the nonprofit ‘Ryan Seacrest Foundation,’ which enables children getting proper medical treatment at partner hospitals. Now, with Seacrest all set to be the co-host with Kelly Ripa on Live, people will get to see even more of him. C’mon, we know you’ve been missing your Seacrest fix now that American Idol is over! Now, your mornings will be off to an even better start!